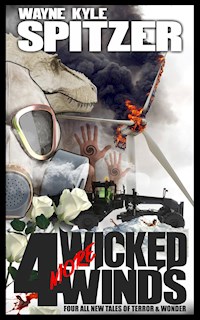 One wind is for Ghost, a juvenile tyrannosaur who befriends a boy ... until he develops a taste for human flesh. Another wind is for 'Black Betty,' a road grader possessed by demonic aliens. Still another is for Patrobus, Captain of the Witch Doctors in a war between men and women. Yet one more is for the haunted wind turbines which stand like sentinels outside a town near you ... 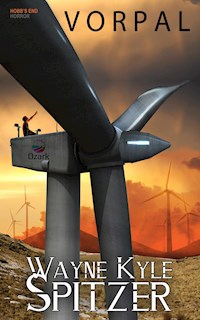 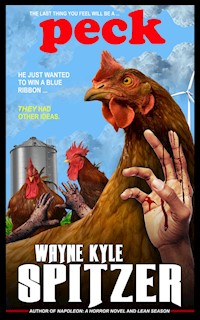 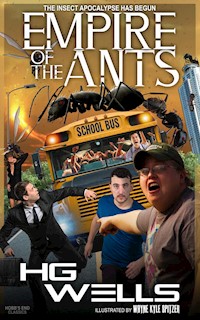 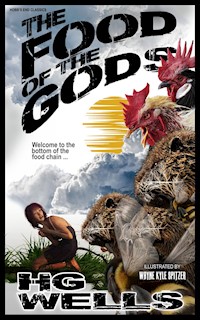 The Food of the Gods
Wayne Kyle Spitzer 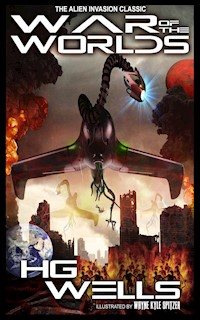 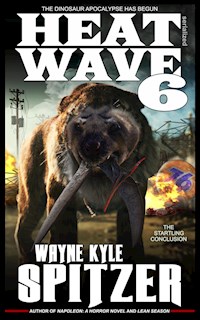 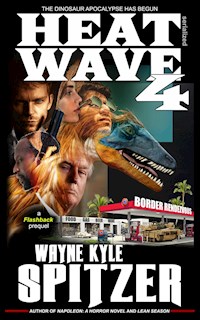 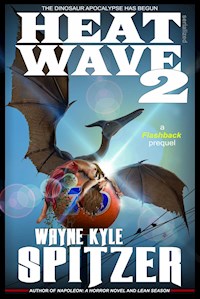 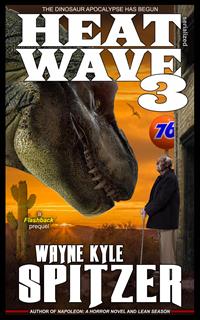 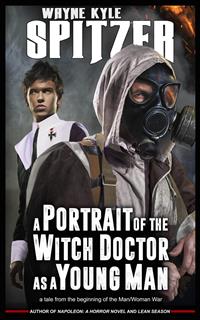 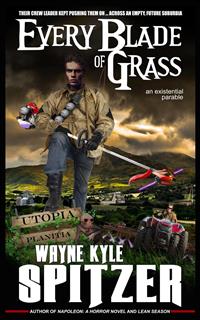 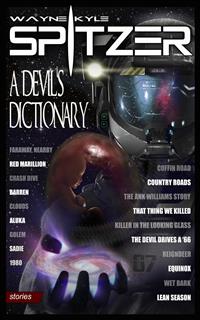 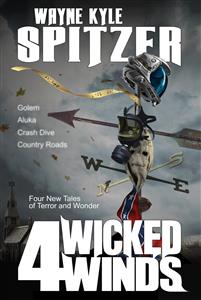 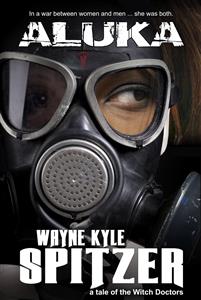 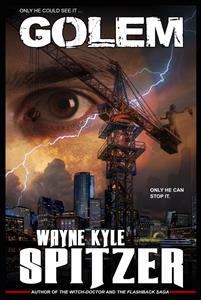 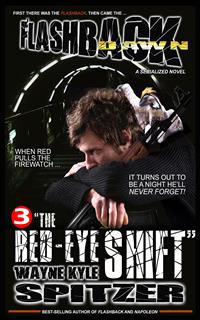 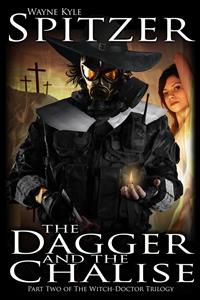 The Dagger and the Chalise
Wayne Kyle Spitzer

A BOY AND HIS DINOSAUR

A PORTRAIT OF THE WITCH DOCTOR AS A YOUNG MAN

All characters appearing in this work are fictitious. Any resemblance to real persons, living or dead, is purely coincidental. This book contains material protected under International and Federal Copyright Laws and Treaties. Any unauthorized reprint or use of this book is prohibited. No part of this book may be reproduced or transmitted in any form or by any means, electronic or mechanical, including photocopying, recording, or by any information storage and retrieval system without express written permission from the author. This ebook is licensed for your personal enjoyment only. This ebook may not be re-sold or given away to other people. If you would like to share this book with another person, please purchase an additional copy for each recipient. If you are reading this book and did not purchase it, or it was not purchased for your use only, then please purchase your own copy. Thank you for respecting the hard work of this author.

A BOY AND HIS DINOSAUR

We’d been doing so well all day, Shad and I had even helped Grandma prepare Sunday dinner without bickering, when I mentioned that Brown Sugar Meatloaf had always been Mom’s favorite—and brought the whole thing crashing down again.

“You just had to do it—didn’t you?” said Shad, seething, as Grandma went into full Mr. Bill mode, her voice high and quavering as she began quoting Psalms and disappeared into the kitchen, slamming dishes, banging cupboards. “There will be no more death or mourning or crying or pain, for the older order of things has passed away—Shad! Come get the salad.”

“Jerk,” said Shad, glaring at me over the candles.

He untucked his napkin and joined her in the kitchen, leaving me alone with the Boston Pops and the meat loaf.

“I didn’t mean to ...” I started to say, intending to add: ‘to upset anybody’—but quickly trailed off, mostly because it was a fat-headed lie; a lie as big and fat as Mrs. Carmichael’s—my history teacher’s—calves, which were big as hams. Then I got up and left the table—ducking out the little-used north entrance and double-timing it to the garage—where our poles stood sentinel near the fender of Grandma’s mint, black GTO like skinny green reeds.

There will be no more death or mourning or crying or pain ...

I must have bit my lower lip as my fingers hovered near the poles—near mine which was battered and nicked and looked as though it had been used as a whip; near Shad’s which was as clean and straight as the day Dad had bought it (and not because he never used it). For the older order of things has passed away ... Then I gripped Shad’s rod—as well as his tackle box, a fish bonker, and a bucket—and was on my way. Past the kitchen window which I ducked beneath so as not to be seen—and into the California woods. Down to the Mohawk River, the waters of which, this time of year, were as cold and swift—and as unforgiving, Mom used to say, which was funny—as any ocean.

I GUESS I WASN’T SURPRISED to find Dillon already there, sitting on the rock usually reserved for my brother (back when he still fished with us; back before he got his license and began driving the GTO—before he met Wendy with her jeans so tight she’d been known to pass out), his pole propped on a stick and the bill of his cap touching his nose, as though he were sleeping.

“You’re awfully early,” he said, having heard my approach, but didn’t look up. “How’d you get out?”

I sat down the tackle box and popped it open, chose a lure. “Brought up Mom.”

“Oh, man.” He lifted the bill of his cap and looked at me. “I bet she started quoting chapter and verse ...” He laughed without much humor. “Matthew, probably. ‘Blessed are those who—’”

“Mourn. For they will be comforted.” I shook my head. “Nah. Psalms.” I cast my line which plopped into the water next to his. “I don’t even know why she bothers. They all say the same thing.”

We fished, he sitting in Shad’s old spot while I sat in his, both of us using our coats for cushions— which was funny, considering it was mid-November. Nor was that the only thing, because there were mosquitoes buzzing about also—mosquitoes, right there on the doorstep of winter, something neither of us could believe or explain. But then there had been a lot of unexplained things that year; like how a United Airlines 747 could vanish without a trace on its way to Honolulu from LAX or how my brother could grow so tall in the space of several months or how Grandma Grace could refuse even to consider that our parents might still be alive. At least that’s what we were talking about when my orange and white bobber dipped once, decisively, then twice, and I jerked my rod (to sink the hook) before quickly beginning to reel whatever it was—a salmon, I hoped—in.

As it turned out, it was just your garden-variety Rainbow trout, albeit a decent-sized one—about 17 inches—which filled the bottom of the bucket nicely even as it thrashed and flopped about; so much so that we were both looking for our bonkers when the foot-long dragonfly whirred past us—its cellophane wings vibrating, its redden eyes glinting—very nearly scaring us both out of our Converse shoes.

“What the—” shouted Dillon.

“Holy mother,” I blurted. It was on the tip of my lips to ask, ‘What the hell was that?’ when a second dragonfly (as big as, if not bigger than, the first) landed on my shoulder—its wings oscillating, blowing my hair, its compound eye only inches from my own.

“Aaah!” I screamed, dropping my pole, slapping my body, dancing like a man on fire, as Dillon sprinted for the trees and the dragonflies buzzed away—back to wherever they came from—until I tripped over a root and fell flat on my face ... a position in which I stayed, too frightened to move, too frightened to breathe, until I was sure there were no more of the things flying around.