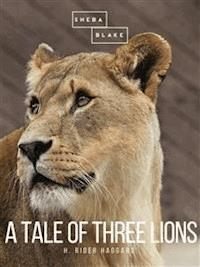 A Tale of Three Lions E-Book

A Tale of Three Lions is a thrilling story from action-adventure master H. Rider Haggard that starts out as an enjoyable father-son outing but then turns into something entirely different . When famed explorer Allan Quatermain tries to teach his son a few life lessons on safari, he gets much more than he bargained for. 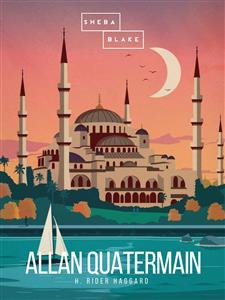 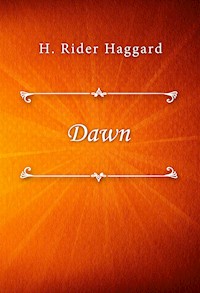 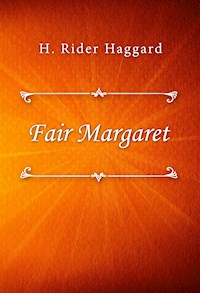 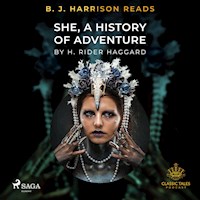 B. J. Harrison Reads She, A History of Adventure
H Rider Haggard 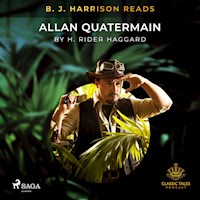 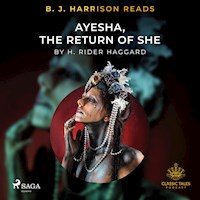 B. J. Harrison Reads Ayesha, The Return of She
H Rider Haggard 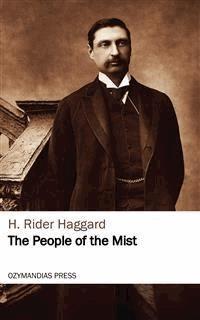 The People of the Mist
H Rider Haggard 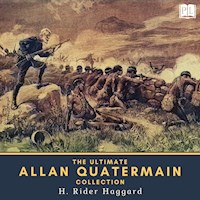 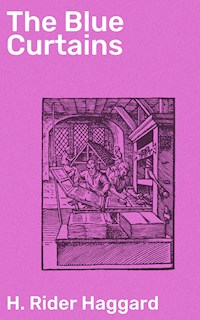 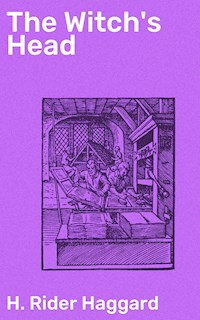 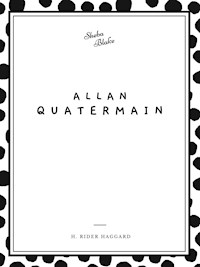 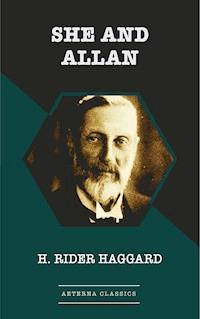 She and Allan
H Rider Haggard 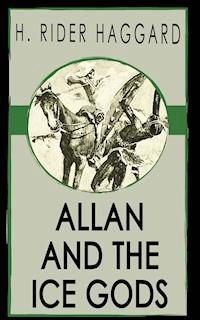 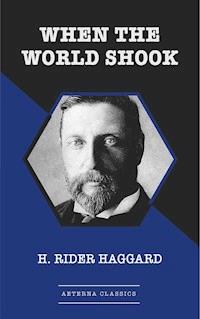 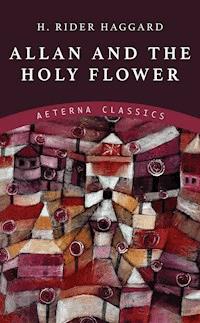 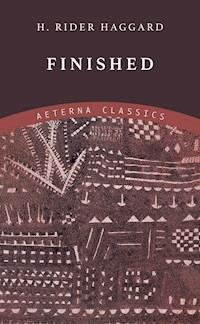 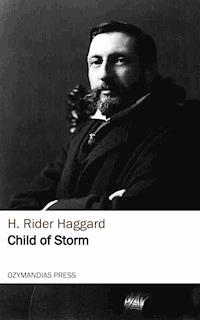 A TALE OF THREE LIONS

All rights reserved. Printed in the United States of America. No part of this book may be used or reproduced in any manner whatsoever without written permission except in the case of brief quotations em- bodied in critical articles or reviews.

This book is a work of fiction. Names, characters, businesses, organiza- tions, places, events and incidents either are the product of the author’s imagination or are used fictitiously. Any resemblance to actual persons, living or dead, events, or locales is entirely coincidental.

THE INTEREST ON TEN SHILLINGS

Most of you will have heard that Allan Quatermain, who was one of the party that discovered King Solomon's mines some little time ago, and who afterwards came to live in England near his friend Sir Henry Curtis. He went back to the wilderness again, as these old hunters almost invariably do, on one pretext or another.[*] They cannot endure civilization for very long, its noise and racket and the omnipresence of broad-clothed humanity proving more trying to their nerves than the dangers of the desert. I think that they feel lonely here, for it is a fact that is too little understood, though it has often been stated, that there is no loneliness like the loneliness of crowds, especially to those who are unaccustomed to them. "What is there in the world," old Quatermain would say, "so desolate as to stand in the streets of a great city and listen to the footsteps falling, falling, multitudinous as the rain, and watch the white line of faces as they hurry past, you know not whence, you know not whither? They come and go, their eyes meet yours with a cold stare, for a moment their features are written on your mind, and then they are gone for ever. You will never see them again; they will never see you again; they come up out of the unknown, and presently they once more vanish into the unknown, taking their secrets with them. Yes, that is loneliness pure and undefiled; but to one who knows and loves it, the wilderness is not lonely, because the spirit of nature is ever there to keep the wanderer company. He finds companions in the winds--the sunny streams babble like Nature's children at his feet; high above them, in the purple sunset, are domes and minarets and palaces, such as no mortal man has built, in and out of whose flaming doors the angels of the sun seem to move continually. And there, too, is the wild game, following its feeding-grounds in great armies, with the springbuck thrown out before for skirmishers; then rank upon rank of long-faced blesbuck, marching and wheeling like infantry; and last the shining troops of quagga, and the fierce-eyed shaggy vilderbeeste to take, as it were, the place of the cossack host that hangs upon an army's flanks.

[*] This of course was written before Mr. Quatermain's account of the adventures in the newly-discovered country of Zu-Vendis of himself, Sir Henry Curtis, and Capt. John Good had been received in England.--Editor.

"Oh, no," he would say, "the wilderness is not lonely, for, my boy, remember that the further you get from man, the nearer you grow to God," and though this is a saying that might well be disputed, it is one I am sure that anybody will easily understand who has watched the sun rise and set on the limitless deserted plains, and seen the thunder chariots of the clouds roll in majesty across the depths of unfathomable sky.

Well, at any rate we went back again, and now for many months I have heard nothing at all of him, and to be frank, I greatly doubt if anybody will ever hear of him again. I fear that the wilderness, that has for so many years been a mother to him, will now also prove his grave and the grave of those who accompanied him, for the quest upon which he and they have started is a wild one indeed.

But while he was in England for those three years or so between his return from the successful discovery of the wise king's buried treasures, and the death of his only son, I saw a great deal of old Allan Quatermain. I had known him years before in Africa, and after he came home, whenever I had nothing better to do, I used to run up to Yorkshire and stay with him, and in this way I at one time and another heard many of the incidents of his past life, and most curious some of them were. No man can pass all those years following the rough existence of an elephant-hunter without meeting with many strange adventures, and in one way and another old Quatermain has certainly seen his share. Well, the story that I am going to tell you in the following pages is one of the later of these adventures, though I forget the exact year in which it happened. at any rate I know that it was the only trip upon which he took his son Harry (who is since dead) with him, and that Harry was then about fourteen. And now for the story, which I will repeat, as nearly as I can, in the words in which Hunter Quatermain told it to me one night in the old oak-panelled vestibule of his house in Yorkshire. We were talking about gold- mining--

"Gold-mining!" he broke in; "ah! yes, I once went gold-mining at Pilgrims' Rest in the Transvaal, and it was after that that we had the business about Jim-Jim and the lions. Do you know Pilgrim's Rest? Well, it is, or was, one of the queerest little places you ever saw. The town itself was pitched in a stony valley, with mountains all about it, and in the middle of such scenery as one does not often get the chance of seeing. Many and many is the time that I have thrown down my pick and shovel in disgust, clambered out of my claim, and walked a couple of miles or so to the top of some hill. Then I would lie down in the grass and look out over the glorious stretch of country--the smiling valleys, the great mountains touched with gold-- real gold of the sunset, and clothed in sweeping robes of bush, and stare into the depths of the perfect sky above; yes, and thank Heaven I had got away from the cursing and the coarse jokes of the miners, and the voices of those Basutu Kaffirs as they toiled in the sun, the memory of which is with me yet.

"Well, for some months I dug away patiently at my claim, till the very sight of a pick or of a washing-trough became hateful to me. A hundred times a day I lamented my own folly in having invested eight hundred pounds, which was about all that I was worth at the time, in this gold-mining. But like other better people before me, I had been bitten by the gold bug, and now was forced to take the consequences. I bought a claim out of which a man had made a fortune--five or six thousand pounds at least--as I thought, very cheap; that is, I gave him five hundred pounds down for it. It was all that I had made by a very rough year's elephant-hunting beyond the Zambesi, and I sighed deeply and prophetically when I saw my successful friend, who was a Yankee, sweep up the roll of Standard Bank notes with the lordly air of the man who has made his fortune, and cram them into his breeches pockets. 'Well,' I said to him--the happy vendor--'it is a magnificent property, and I only hope that my luck will be as good as yours has been.'