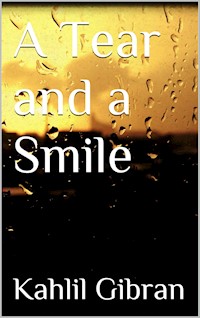 A Tear and a Smile E-Book

The God separated a spirit from Himself and fashioned it into Beauty. He showered upon her all the blessings of gracefulness and kindness. He gave her the cup of happiness and said, "Drink not from this cup unless you forget the past and the future, for happiness is naught but the moment." And He also gave her a cup of sorrow and said, "Drink from this cup and you will understand the meaning of the fleeting instants of the joy of life, for sorrow ever abounds." And the God bestowed upon her a love that would desert he forever upon her first sigh of earthly satisfaction, and a sweetness that would vanish with her first awareness of flattery. 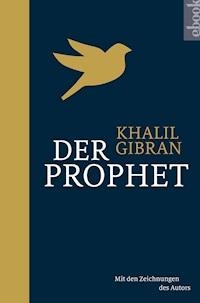 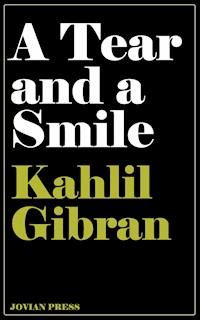 A Tear and a Smile
Kahlil Gibran 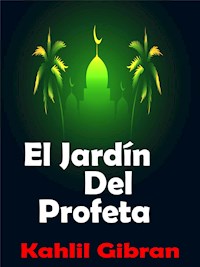 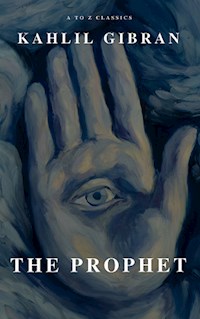 The Prophet (A to Z Classics)
Kahlil Gibran 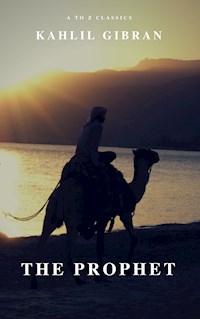 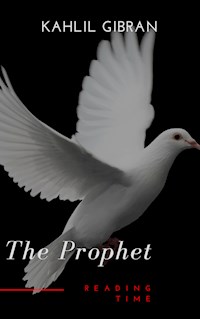 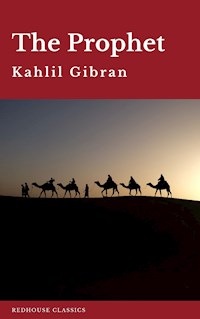 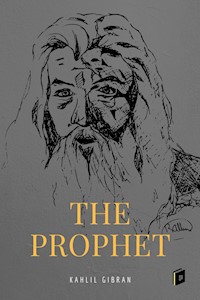 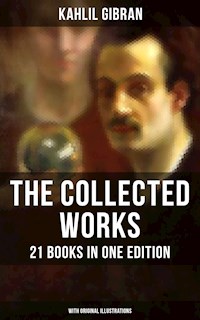 The Collected Works of Kahlil Gibran: 21 Books in One Edition (With Original Illustrations)
Kahlil Gibran 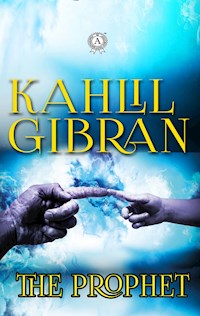 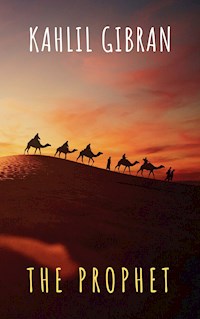 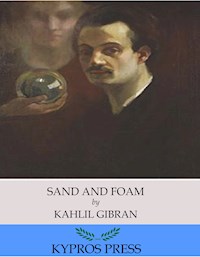 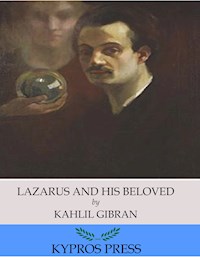 Lazarus and his Beloved
Kahlil Gibran 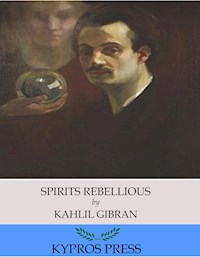 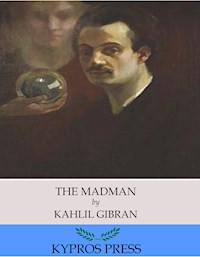 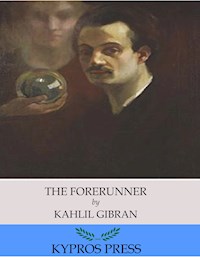 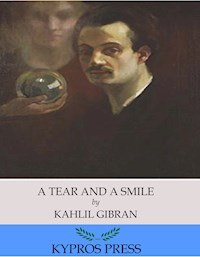 A Tear and a Smile
Kahlil Gibran

A Tear and a Smile

A Tear and a Smile

The God separated a spirit from Himself and fashioned it into Beauty. He showered upon her all the blessings of gracefulness and kindness. He gave her the cup of happiness and said, "Drink not from this cup unless you forget the past and the future, for happiness is naught but the moment." And He also gave her a cup of sorrow and said, "Drink from this cup and you will understand the meaning of the fleeting instants of the joy of life, for sorrow ever abounds."And the God bestowed upon her a love that would desert he forever upon her first sigh of earthly satisfaction, and a sweetness that would vanish with her first awareness of flattery.And He gave her wisdom from heaven to lead to the all–righteous path, and placed in the depth of her heart and eye that sees the unseen, and created in he an affection and goodness toward all things. He dressed her with raiment of hopes spun by the angels of heaven from the sinews of the rainbow. And He cloaked her in the shadow of confusion, which is the dawn of life and light.Then the God took consuming fire from the furnace of anger, and searing wind from the desert of ignorance, and sharp– cutting sands from the shore of selfishness, and coarse earth from under the feet of ages, and combined them all and fashioned Man. He gave to Man a blind power that rages and drives him into a madness which extinguishes only before gratification of desire, and placed life in him which is the spectre of death.And the god laughed and cried. He felt an overwhelming love and pity for Man, and sheltered him beneath His guidance.

A prince stood on the balcony of his palace addressing a great multitude summoned for the occasion and said, "Let me offer you and this whole fortunate country my congratulations upon the birth of a new prince who will carry the name of my noble family, and of whom you will be justly proud. He is the new bearer of a great and illustrious ancestry, and upon him depends the brilliant future of this realm. Sing and be merry!" The voices of the throngs, full of joy and thankfulness, flooded the sky with exhilarating song, welcoming the new tyrant who would affix the yoke of oppression to their necks by ruling the weak with bitter authority, and exploiting their bodies and killing their souls. For that destiny, the people were singing and drinking ecstatically to the heady of the new Emir.

Another child entered life and that kingdom at the same time. While the crowds were glorifying the strong and belittling themselves by singing praise to a potential despot, and while the angels of heaven were weeping over the people's weakness and servitude, a sick woman was thinking. She lived in an old, deserted hovel and, lying in her hard bed beside her newly born infant wrapped with ragged swaddles, was starving to death. She was a penurious and miserable young wife neglected by humanity; her husband had fallen into the trap of death set by the prince's oppression, leaving a solitary woman to whom God had sent, that night, a tiny companion to prevent her from working and sustaining life.

As the mass dispersed and silence was restored to the vicinity, the wretched woman placed the infant on her lap and looked into his face and wept as if she were to baptize him with tears. And with a hunger weakened voice she spoke to the child saying, "Why have you left the spiritual world and come to share with me the bitterness of earthly life? Why have you deserted the angels and the spacious firmament and come to this miserable land of humans, filled with agony, oppression, and heartlessness? I have nothing to give you except tears; will you be nourished on tears instead of milk? I have no silk clothes to put on you; will my naked, shivering arms give you warmth? The little animals graze in the pasture and return safely to their shed; and the small birds pick the seeds and sleep placidly between the branches. But you, my beloved, have naught save a loving but destitute mother."

Then she took the infant to her withered breast and clasped her arms around him as if wanting to join the two bodies in one, as before. She lifted her burning eyes slowly toward heaven and cried, "God! Have mercy on my unfortunate countrymen!"

At that moment the clouds floated from the face of the moon, whose beams penetrated the transom of that poor home and fell upon two corpses.

The House of Fortune

My wearied heart bade me farewell and left for the House of Fortune. As he reached that holy city which the soul had blessed and worshipped, he commenced wondering, for he could not find what he had always imagined would be there. The city was empty of power, money, and authority.

And my heart spoke to the daughter of Love saying, "Oh Love, where can I find Contentment? I heard that she had come here to join you."

And the daughter of Love responded, "Contentment has already gone to preach her gospel in the city, where greed and corruption are paramount; we are not in need of her."

Fortune craves not Contentment, for it is an earthly hope, and its desires are embraced by union with objects, while Contentment is naught but heartfelt.

The eternal soul is never contented; it ever seeks exaltation. Then my heart looked upon Life of Beauty and said: "Thou art all knowledge; enlighten me as to the mystery of Woman." And he answered, "Oh human heart, woman is your own reflection, and whatever you are, she is; wherever you live, she lives; she is like religion if not interpreted by the ignorant, and like a moon, if not veiled with clouds, and like a breeze, if not poisoned with impurities."

And my heart walked toward Knowledge, the daughter of Love and Beauty, and said, "Bestow upon me wisdom, that I might share it with the people." And she responded, "Say not wisdom, but rather fortune, for real fortune comes not from outside, but begins in the Holy of Holies of life. Share of thyself with the people."

A Poet's Death is His Life

The dark wings of night enfolded the city upon which Nature had spread a pure white garment of snow; and men deserted the streets for their houses in search of warmth, while the north wind probed in contemplation of laying waste the gardens. There in the suburb stood an old hut heavily laden with snow and on the verge of falling. In a dark recess of that hovel was a poor bed in which a dying youth was lying, staring at the dim light of his oil lamp, made to flicker by the entering winds. He a man in the spring of life who foresaw fully that the peaceful hour of freeing himself from the clutches of life was fast nearing. He was awaiting Death's visit gratefully, and upon his pale face appeared the dawn of hope; and on his lops a sorrowful smile; and in his eyes forgiveness.