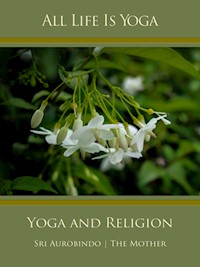 All Life Is Yoga: Yoga and Religion E-Book

“The time of religions is over. We have entered the age of universal spirituality, of spiritual experience in its initial purity.” (The Mother) “The Truth of the Divine which is the spiritual reality behind all religions and the descent of the supramental which is not known to any religion are the sole things which will be the foundation of the work of the future.” (Sri Aurobindo) 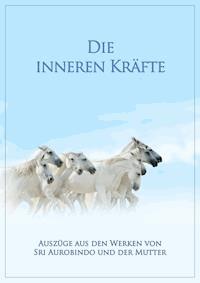 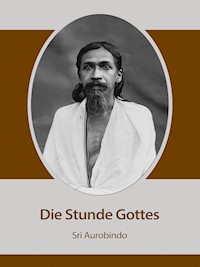 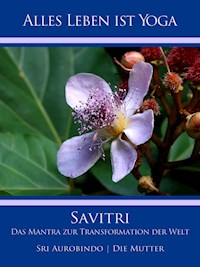 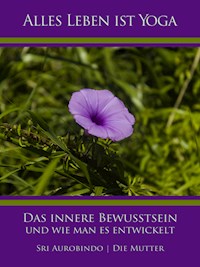 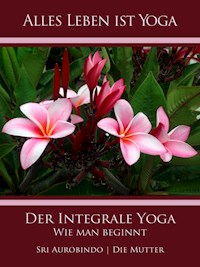 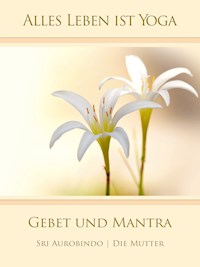 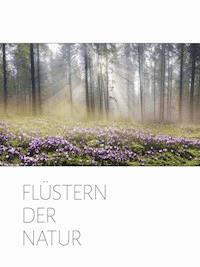 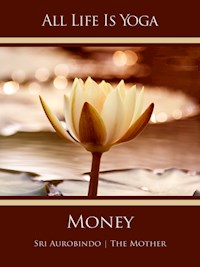 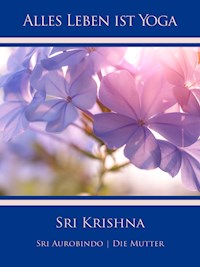 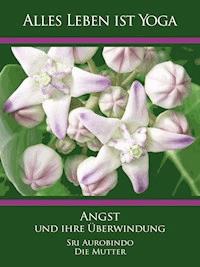 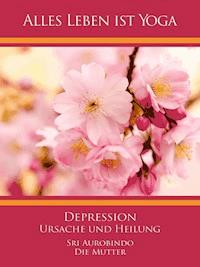 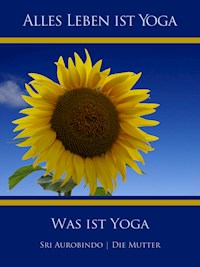 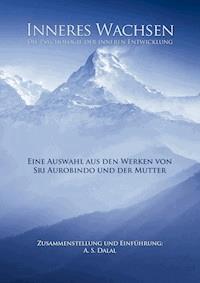 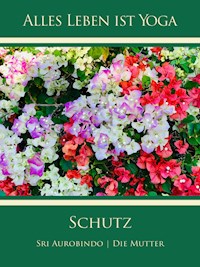 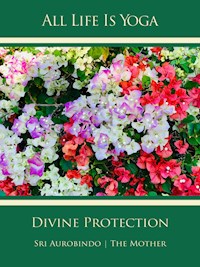 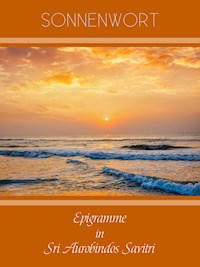 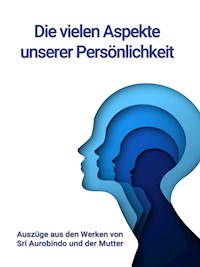 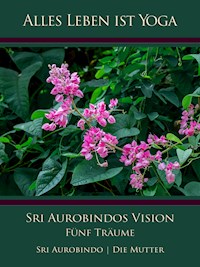 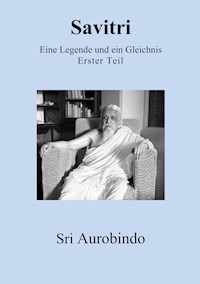 “All life is Yoga.” – Sri Aurobindo

© Photos and selections of the works of Sri Aurobindo and the Mother:Sri Aurobindo Ashram TrustPuducherry, India

Flower on the cover:Wrightia tinctoria. White.Spiritual significance and explanation given by the Mother:Religious thoughtCan only be utilised when it is freed from the influence of religions.

This is one in a series of some e-books created by SRI AUROBINDO DIGITAL EDITION and published by AURO MEDIA under the title All Life Is Yoga. Our effort is to bring together, from Sri Aurobindo and the Mother, simple passages with a practical orientation on specific subjects, so that everyone may feel free to choose a book according to his inner need. The topics cover the whole field of human activity, because true spirituality is not the rejection of life but the art of perfecting life.

While the passages from Sri Aurobindo are in the original English, most of the passages from the Mother (selections from her talks and writings) are translations from the original French. We must also bear in mind that the excerpts have been taken out of their original context and that a compilation, in its very nature, is likely to have a personal and subjective approach. A sincere attempt, however, has been made to be faithful to the vision of Sri Aurobindo and the Mother. These excerpts are by no means exhaustive.

Bringing out a compilation from the writings of Sri Aurobindo and the Mother, which have a profound depth and wideness unique, is a difficult task. The compiler’s subjective tilt and preferences generally result in highlighting some aspects of the issues concerned while the rest is by no means less significant. Also without contexts of the excerpts the passages reproduced may not fully convey the idea – or may be misunderstood or may reduce a comprehensive truth into what could appear like a fixed principle.

The reader may keep in mind this inherent limitation of compilations; compilations are however helpful in providing an introduction to the subject in a handy format. They also give the readers a direct and practical feel of some of the profound issues and sometimes a mantric appeal, musing on which can change one’s entire attitude to them.

The excerpts from the writings of Sri Aurobindo and the Mother carry titles and captions chosen by the editor, highlighting the theme of the excerpts and, whenever possible, borrowing a phrase from the text itself. The sources of the excerpts are given at the end of each issue.

We hope these compilations will inspire the readers to go to the complete works of Sri Aurobindo and the Mother and will help them to mould their lives and their environments towards an ever greater perfection.

“True spirituality is not to renounce life, but to make life perfect with a Divine Perfection.” – The Mother

Title PageCopyrightPublisher’s NoteQuotationsI. WORDS OF THE MOTHER1. Difference Between Yoga and Religion2. Nature of Religion3. A Fundamental Error in Religion4. Nature of Yoga5. Freedom and Fatality: The Aim of Yoga6. A Story of Two Clergy Men on a Boat7. Atmosphere in Religious Monuments8. Hell and Heaven Created by Religions9. Renunciation and Nirvana Idea in Religions10. Difference Between Morality and Spirituality11. Is Sri Aurobindo’s Teaching a New Religion?12. The Future of ReligionsII. WORDS OF SRI AUROBINDO1. What is Spirituality?2. Ordinary Life, Religious Life and Spiritual Life3. What is Religion?4. Questions and Answers5. Religious Fanaticism6. Religion as the Law of Life7. The Spiritual RevolutionAPPENDIXReferences

Essentially, Yoga is a generic name for the processes and the result of processes by which we transcend or shred off our present modes of being and rise to a new, a higher, a wider mode of consciousness which is not that of the ordinary animal and intellectual man. Yoga is the exchange of an egoistic for a universal or cosmic consciousness lifted towards or informed by the supra-cosmic, transcendent Unnameable who is the source and support of all things. Yoga is the passage of the human thinking animal towards the God-consciousness from which he has descended. — Sri Aurobindo

We call “religion” any concept of the world or the universe which is presented as the exclusive Truth in which one must have absolute faith, generally because this Truth is declared to be the result of a revelation. — The Mother

WORDS OF THE MOTHER

The time of religions is over. We have entered the age of universal spirituality, of spiritual experience in its initial purity. — The Mother

Difference Between Yoga and Religion

Sweet Mother, what is the difference between yoga and religion?

Ah! my child... it is as though you were asking me the difference between a dog and a cat! (Long silence)

Imagine someone who, in some way or other, has heard of something like the Divine or has a personal feeling that something of the kind exists, and begins to make all sorts of efforts: efforts of will, of discipline, efforts of concentration, all sorts of efforts to find this Divine, to discover what He is, to become acquainted with Him and unite with Him. Then this person is doing yoga.

Now, if this person has noted down all the processes he has used and constructs a fixed system, and sets up all that he has discovered as absolute laws – for example, he says: the Divine is like this, to find the Divine you must do this,make this particular gesture, take this attitude, perform this ceremony, and you must admit that this is the truth, you must say, “I accept that this is the Truth and I fully adhere to it; and your method is the only right one, the only one which exists” – if all that is written down, organised, arranged into fixed laws and ceremonies, it becomes a religion.

What is exactly the nature of religion? Is it an obstacle in the way of the spiritual life?

Religion belongs to the higher mind of humanity. It is the effort of man’s higher mind to approach, as far as lies in its power, something beyond it, something to which humanity gives the name God or Spirit or Truth or Faith or Knowledge or the Infinite, some kind of Absolute, which the human mind cannot reach and yet tries to reach. Religion may be divine in its ultimate origin; in its actual nature it is not divine but human. In truth we should speak rather of religions than of religion; for the religions made by man are many. These different religions, even when they had not the same origin, have most of them been made in the same way. We know how the Christian religion came into existence. It was certainly not Jesus who made what is known as Christianity, but some learned and very clever men put their heads together and built it up into the thing we see. There was nothing divine in the way in which it was formed, and there is nothing divine either in the way in which it functions. And yet the excuse or occasion for the formation was undoubtedly some revelation from what one could call a Divine Being, a Being who came from elsewhere bringing down with him from a higher plane a certain Knowledge and Truth for the earth. He came and suffered for his Truth; but very few understood what he said, few cared to find and hold to the Truth for which he suffered. Buddha retired from the world, sat down in meditation and discovered a way out of earthly suffering and misery, out of all this illness and death and desire and sin and hunger. He saw a Truth which he endeavoured to express and communicate to the disciples and followers who gathered around him. But even before he was dead, his teaching had already begun to be twisted and distorted. It was only after his disappearance that Buddhism as a full-fledged religion reared its head founded upon what the Buddha is supposed to have said and on the supposed significance of these reported sayings. But soon too, because the disciples and the disciples’ disciples could not agree on what the Master had said or what he meant by his utterances, there grew up a host of sects and sub-sects in the body of the parent religion – a Southern Path, a Northern Path, a Far Eastern Path, each of them claiming to be the only, the original, the undefiled doctrine of the Buddha. The same fate overtook the teaching of the Christ; that too came to be made in the same way into a set and organised religion. It is often said that, if Jesus came back, he would not be able to recognise what he taught in the forms that have been imposed on it, and if Buddha were to come back and see what has been made of his teaching, he would immediately run back discouraged to Nirvana! All religions have each the same story to tell. The occasion for its birth is the coming of a great Teacher of the world. He comes and reveals and is the incarnation of a Divine Truth. But men seize upon it, trade upon it, make an almost political organisation out of it. The religion is equipped by them with a government and policy and laws, with its creeds and dogmas, its rules and regulations, its rites and ceremonies, all binding upon its adherents, all absolute and inviolable. Like the State, it too administers rewards to the loyal and assigns punishments for those that revolt or go astray, for the heretic and the renegade.

The first and principal article of these established and formal religions runs always, “Mine is the supreme, the only truth, all others are in falsehood or inferior.” For without this fundamental dogma, established credal religions could not have existed. If you do not believe and proclaim that you alone possess the one or the highest truth, you will not be able to impress people and make them flock to you.

This attitude is natural to the religious mind; but it is just that which makes religion stand in the way of the spiritual life. The articles and dogmas of a religion are mind-made things and, if you cling to them and shut yourself up in a code of life made out for you, you do not know and cannot know the truth of the Spirit that lies beyond all codes and dogmas, wide and large and free. When you stop at a religious creed and tie yourself in it, taking it for the only truth in the world, you stop the advance and widening of your inner soul. But if you look at religion from another angle, it need not always be an obstacle to all men. If you regard it as one of the higher activities of humanity and if you can see in it the aspirations of man without ignoring the imperfection of all man-made things, it may well be a kind of help for you to approach the spiritual life. Taking it up in a serious and earnest spirit, you can try to find out what truth is there, what aspiration lies hidden in it, what divine inspiration has undergone transformation and deformation here by the human mind and a human organisation, and with an appropriate mental stand you can get religion even as it is to throw some light on your way and to lend some support to your spiritual endeavour.