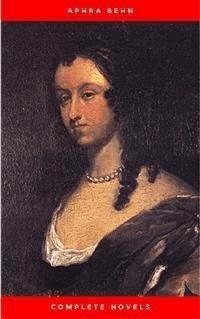 Aphra Behn (1640-1689) was a spy for Charles II, a playwright, poet, and novelist, and the first English woman to make a living from writing. Her pen name was Astrea. Ernest A. Baker (1869-1941) was an English writer and historian of literature. In 1905, 216 years after Mrs Behn's death, he introduced this collection of ten of her novels in the language of his day, a form which was not a facsimile of her texts. This ebook, prepared 329 years after her death, silently corrects some typos, and makes further changes. The Introduction and three of the stories contain many poems. The ten stories are: Oronooko, The Fair Jilt, The Nun, Agnes de Castro, The Lover's Watch, The Case for the Watch, The Lady's Looking Glass, The Lucky Mistake, The Court of the King of Bantam, and, The Adventure of the Black Lady. 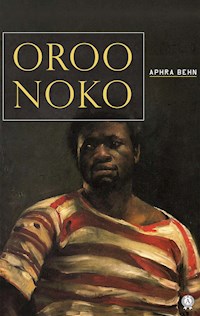 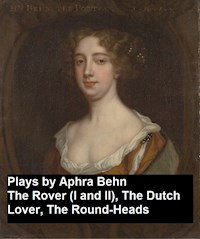 Plays by Aphra Behn - The Rover (I and II), the Dutch Lover, the Round-Heads
Aphra Behn 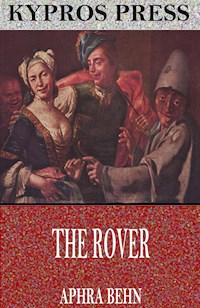 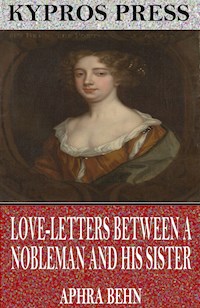 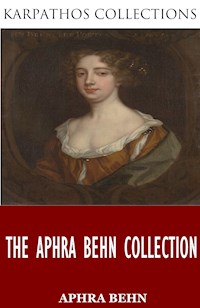 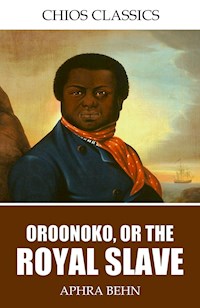 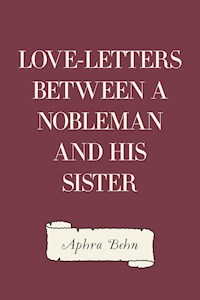 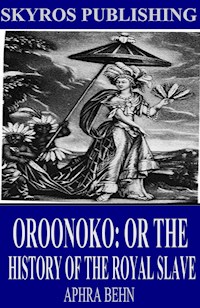 Oroonoko: Or the History of the Royal Slave
Aphra Behn 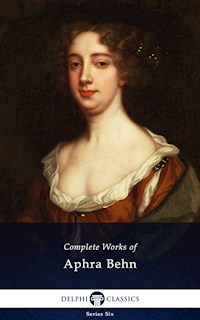 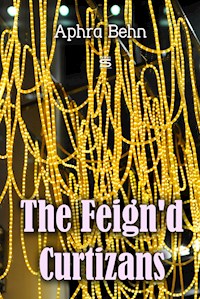 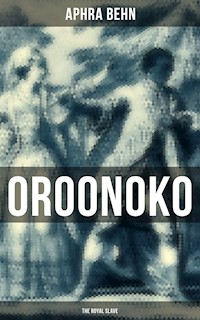 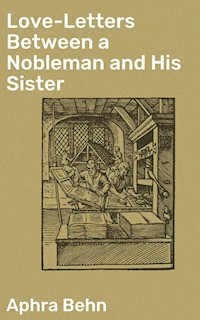 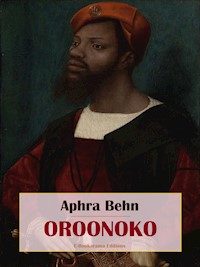 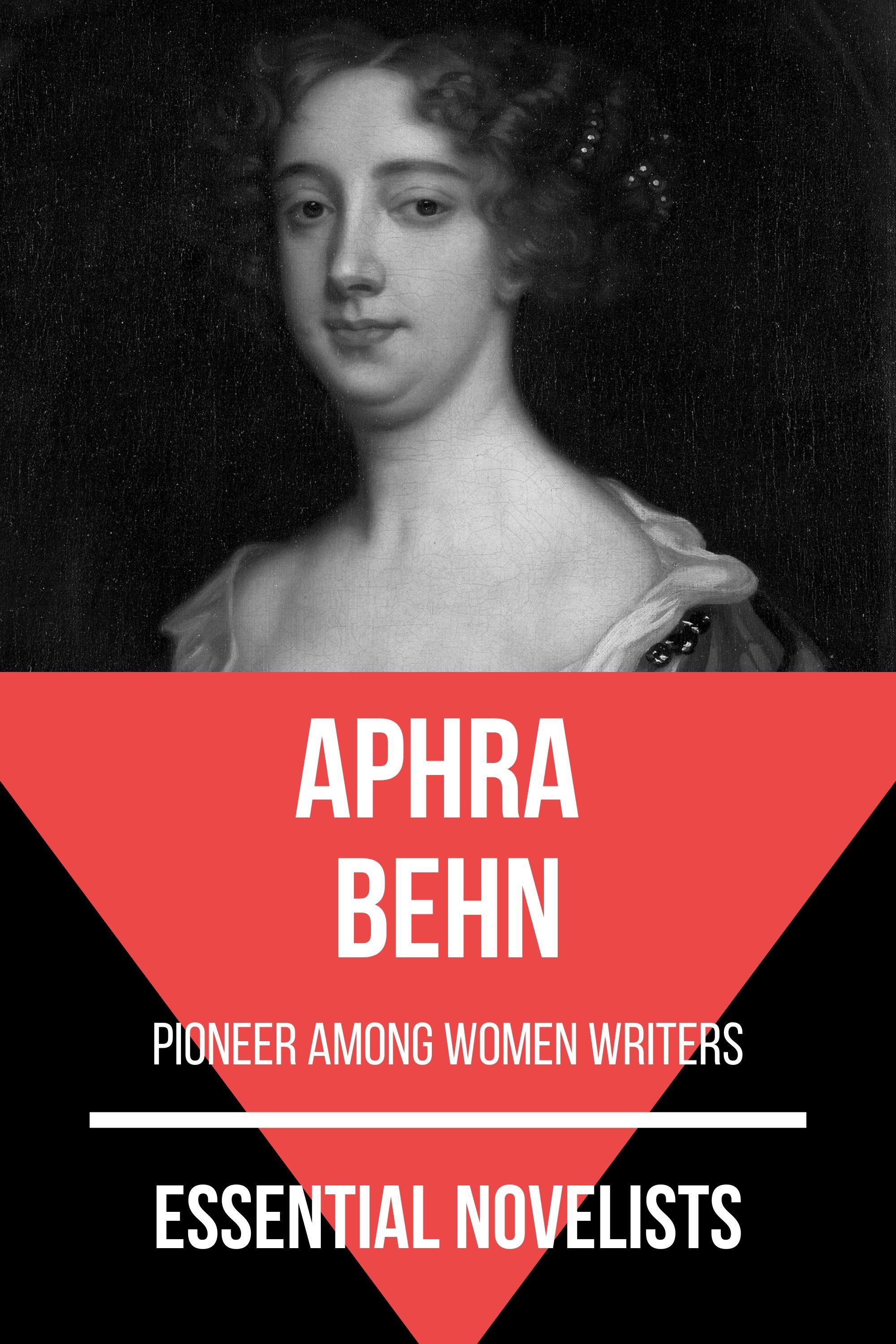 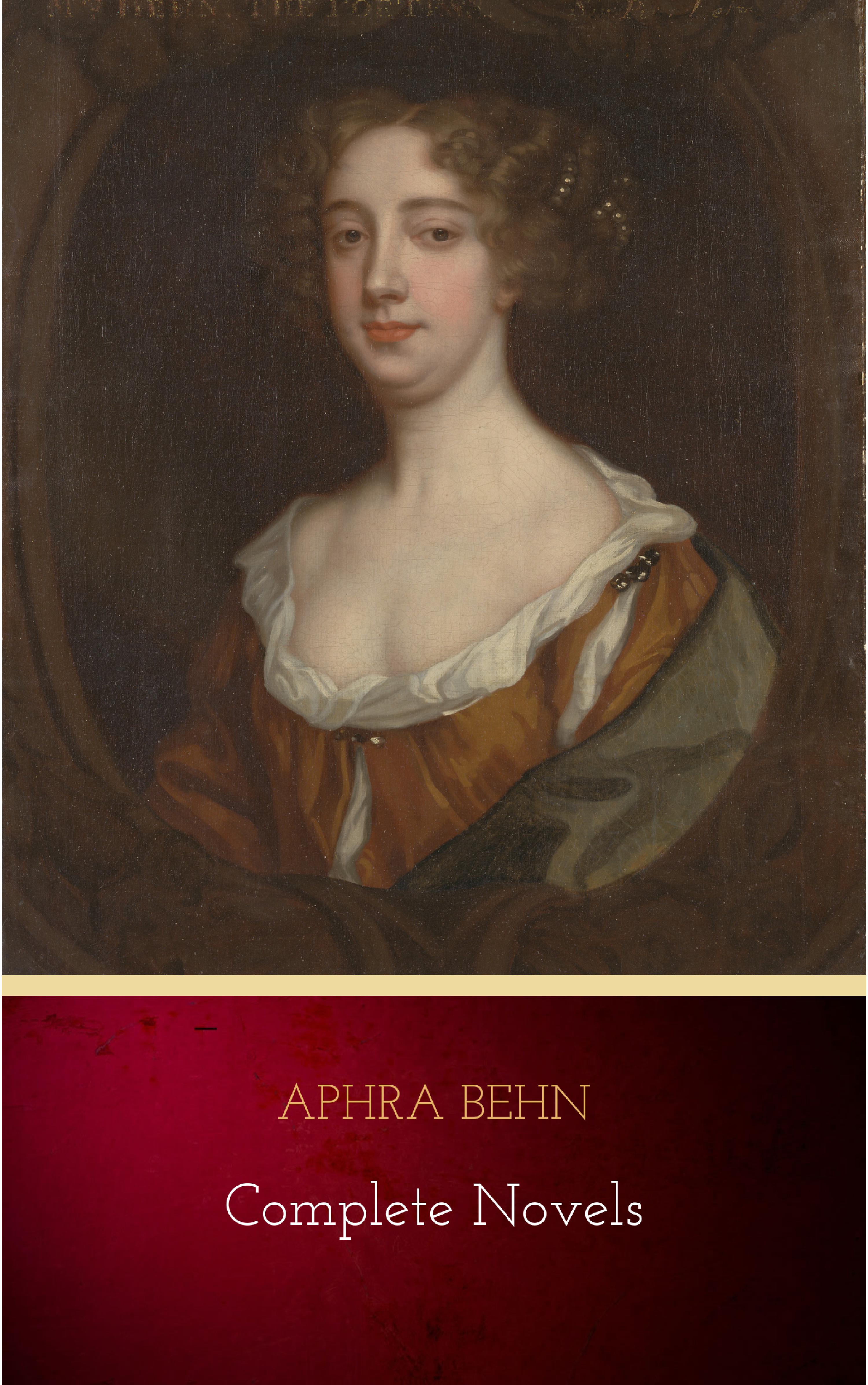 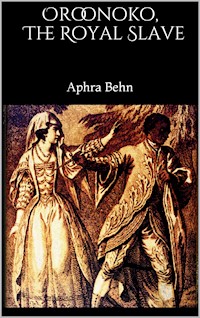 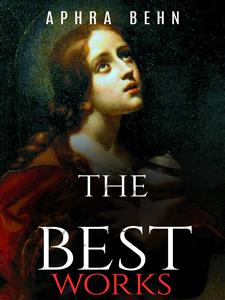 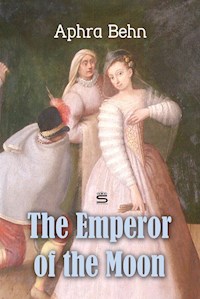 The Emperor of the Moon
Aphra Behn 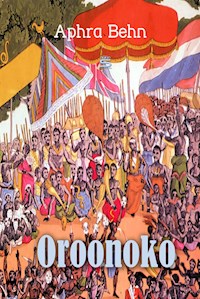 The Novels of Mrs Aphra Behn

with an Introduction by Ernest A. Baker

The Novels of Mrs Aphra Behn

The Case for the Watch

The Court of the King of Bantam

The Adventure of the Black Lady

Aphra Behn (1640-1689) was a spy for Charles II, a playwright, poet, and novelist, and the first English woman to make a living from writing. Her pen name was Astrea.

To most people nowadays the name of Aphra Behn conveys nothing more intelligible than certain vague associations of license and impropriety. She is dimly remembered as the author of plays and novels, now unread, that embodied the immorality of Restoration times, and were all the more scandalous in that they were written by a woman. Her works are to be found in few libraries, and are rarely met with at the booksellers’. Although they were republished in an expensive form and in a limited edition in 1871, they have now been many years out of print. Nor is this much to be regretted. Her novels are worth reprinting now and again, not because they are more clever, but because they are less offensive to modern taste than her comedies; and in addition to their intrinsic merits, they have an interest for the student of literature. But a general reprint of the plays would hardly be justified, at least, in anything like a cheap and popular form. This is a case where, for many reasons, it is best to have one’s reading done by proxy.

The obstacles which she herself has set to our appreciation have done her an injustice. In dismissing her merely as a purveyor of scandalous amusement in a profligate age, we are apt to give her none of the credit due to a long career of arduous work and of persevering struggle against adverse circumstances. Mrs. Behn was not only the first Englishwoman who became a novelist and a playwright, but the first of all those numerous women who have earned their livelihood by their pens.

We can form a better idea of the once popular Astrea from her works than from the scanty memorials that have come down to us; more is known of her personal character than about the events of her life. The so-called History of the Life and Memoirs of Mrs. Aphra Behn, written by one of the Fair Sex, and prefixed to the collection of her histories and novels published in 1735, is rather of the nature of a eulogium and of a vindication from certain aspersions on her conduct and originality than of any biographical value. The admiring writer, although she describes herself as an intimate friend, seems to have known less about her subject than the average jounialist who is called upon to produce an obituary notice in a hurry, and to have pressed into her service a great deal of gossip, with letters, presumably written by Mrs. Behn, but undated, recounting tender episodes from Astrea’s own history and that of her acquaintances, which read more like studies for her novels than authentic epistles. Astrea, probably, whilst she affected to pour out the secrets of her heart into the bosom of her friend, preferred to wrap the actual incidents of her life in romantic obscurity. Thus we are told that “She was a gentlewoman by birth, of a good family in the city of Canterbury in Kent; her father’s name was Johnson, whose relation to the Lord Willoughby drew him for the advantageous post of Lieutenant-General of many isles, besides the continent of Surinam, from his quiet retreat at Canterbury, to run the hazardous voyage of the West Indies. With him he took his chief riches, his wife and children, and in that number, Afra, his promising darling, our future heroine, and admired Astrea, who even in the first bud of infancy discovered such early hopes of her riper years, that she was equally her parents’ joy and fears.” But the recent discovery of Aphra’s baptismal register has shown that she was born at Wye, and that her father was a barber; and, furthermore, whoever the friend or relative was with whom she went to Surinam, there is little reason to believe that he was her father. However that may be, this protector died on the voyage out; whilst the family did not return forthwith, but settled at St. John’s Hill, the best house in Surinam – a house described very seductively in the pages of Oroonoko. Here befell the chapter of tragic events afterwards related, with a certain amount of idealisation, in the story of that famous negro prince. “One of the fair sex” makes it her business to defend Astrea from the scandalous gossip that arose about her friendship for Oroonoko – quite an unnecessary task. When the colony was ceded to the Dutch, Aphra, an attractive girl of eighteen, returned to England. As a matter of fact, this was before the Restoration, but her fair biographer states that she gave Charles II “so pleasant and rational an account of his affairs there, and particularly of the misfortunes of Oroonoko, that he desired her to deliver them publicly to the world, and was satisfied of her abilities in the management of business, and the fidelity of our heroine to his interest.” It was most likely through her marriage, later on, to Mr. Behn, a Dutchman who had become a wealthy merchant of the city of London, that she gained admittance to the Court. By the year 1666 he was dead, and Astrea was sent by the Government as a secret agent to the Low Countries, which were then at war with England.

Her memoirist gives a flowery account of her love adventures in Antwerp, with the letters of one of her suitors, Van Bruin – who was about twice the age and bulk of a more favoured lover, Van der Albert – and Astrea’s replies. The episode and the letters, as they are given us, are like the burlesque of some tale of high-flown sentiment. “Most Transcendent Charmer,” writes that elephantine euphuist, Van Bruin, “I have strove often to tell you the tempests of my heart, and with my own mouth scale the walls of your affections; but terrified with the strength of your fortifications, I concluded to make more regular approaches, and first attack you at a farther distance, and try first what a bombardment of letters would do; whether these carcasses of love, thrown into the sconces of your eyes, would break into the midst of your breast, beat down the court of guard of your aversion, and blow up the magazine of your cruelty, that you might be brought to a capitulation, and yield upon reasonable terms.” This warlike language, perhaps, derives some appropriateness from the fact that the bulky Dutchman was addressing one of his country’s foes. But Van Bruin was at no loss for metaphors, and he goes on to compare his inamorata, somewhat indelicately, with a ship, in a style that reminds one of a facetious dialogue in clinching the simile with a rhetorical appeal: “Is it not a pity that so spruce a ship should be unmanned, should lie in the harbour for want of her crew?” Though she had the cruelty to encourage this “Most Magnificent Hero,” as she addresses him in her reply, by answering him in the same rhapsodical vein, Mrs. Behn eventually dismissed him, and turned her attention to Albert. What follows is too like an incident repeatedly utilised in her comedies, and taxes credulity to the utmost. Albert, as wicked a young man as any of her favourite heroes, Willmore, Wilding, or the Rover, is already married, but has deserted his bride on the wedding day. To punish him Mrs. Behn contrives, like Isabella in to put the forsaken wife in her place, but, unfortunately, without succeeding in re-tying the marriage knot. Albert’s subsequent stratagem for retaliating the affront in kind upon Astrea, is discomfited in a farcical manner by the substitution of a young gallant for the heroine.