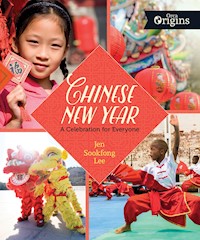 From its beginnings as a farming celebration marking the end of winter to its current role as a global party featuring good food, lots of gifts and public parades, Chinese New Year is a snapshot of Chinese culture. Award-winning author and broadcaster Jen Sookfong Lee recalls her childhood in Vancouver and weaves family stories into the history, traditions and evolution of Chinese New Year. Lavishly illustrated with color photographs throughout. 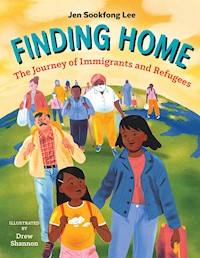 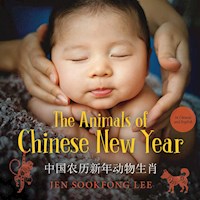 Summary: Part of the nonfiction Orca Origins series, Chinese New Year is illustrated with color photographs throughout. Readers will learn how a simple gathering of family and friends grew into a weeklong, worldwide festival.

The authors and publisher have made every effort to ensure that the information in this book was correct at the time of publication. The authors and publisher do not assume any liability for any loss, damage, or disruption caused by errors or omissions. Every effort has been made to trace copyright holders and to obtain their permission for the use of copyright material. The publisher apologizes for any errors or omissions in the above list and would be grateful if notified of any corrections that should be incorporated in future reprints or editions of this book.

For my nieces and nephews: Nicholas, Madeleine, Joshua, Caitlyn, Benjamin and Lauren. And especially for my son, Oscar.

When Politics and Holidays Collide

Chinese School and the New Year

The Importance of Color

It’s Not All About the Money

A Different Kind of Traveler

A final word from the author

Lion dances are often performed during Chinese New Year but also during other celebrations, such as weddings or new business openings.

A Chinese New Year parade in Victoria, BC, where many Chinese immigrants to Canada first disembarked in the late 19th and early 20th centuries. Robert Amos

My grandfather in the 1960s, after my grandmother, father and mother joined him in Canada. This photograph was taken in our first family home in East Vancouver.

When I was a little girl, I lived with my parents, my grandparents and my four older sisters. I grew up in Vancouver, British Columbia, which is home to a large Chinese Canadian community and one of the oldest Chinatowns in North America. My grandfather came to Canada in 1913 at the age of 17 and eventually became a barber. For many years he owned the only barbershop in Chinatown. He lived in an apartment around the corner from the shop, ate his meals at the Hong Kong Café on Pender Street, and stopped at the newsstand every morning to buy papers in English and Chinese. At that time, he was one of a handful of Chinese men who could read both languages and often helped others with reading and writing letters, or filling out government forms.

For my sisters and me, who were born in Canada, Chinatown felt like home. We knew every restaurant, bakery and grocery store. On the days we didn’t have school, our grandfather would take us to his favorite diner and buy us apple tarts while he had a cup of coffee and a doughnut. Our mother haggled with the shop owners she saw twice a week, looking for the leanest piece of roasted pork belly or the best price on pomelos, a giant citrus fruit the size of a volleyball. When we were sick, we drank the soup the traditional Chinese doctor prepared from dried roots, berries and herbs. If we drank the sometimes very bitter soup without complaining, the doctor would reward us with a roll of Haw Flakes, a type of Chinese candy that was round, flat and slightly chewy.

Dragons are often printed on calendars and lucky money envelopes. Stone dragons are used to decorate buildings, particularly in pairs at entrances. And brides will often wear a cheongsam (a Chinese-style silk dress) embroidered with twisting dragons.

My family, including my grandparents, in 1978.

At the end of every winter, in late January or early February, our father took us to watch the Chinese New Year parade, which snaked through Chinatown on New Year’s Day. My mother usually stayed home to prepare the New Year’s Day meal, an eight-course dinner that took her days to plan. In the damp cold, we watched the dancers, drummers and martial arts performers march and spin, while firecrackers filled the air with noise and smoke. Our cousins Tony and Sonny were often part of the team of teenage boys who formed the body of the dancing dragon, which was made of silk and held up with long wooden poles. Local politicians and other dignitaries marching in the parade passed out candy to all the children, and we called out “Gung hay fat choy,” the traditional New Year greeting that wishes prosperity or wealth for the year ahead.

Our faces pink with cold, we piled back into the car and drove home, ready to start eating the sweet and savory dumplings my mother had started frying that morning. There would be crispy shrimp chips, sticky date cake and steamed cupcakes that looked like tulips. And after that, the big event—a celebratory dinner at which our parents and uncles and aunts would trade happy stories and good wishes long into the night. We ate prawns, noodles, soup, steamed fish, mushrooms and piles of greens, all cooked by my mother. For dessert, we ate fresh fruit and more candy than we were ever allowed to eat the rest of the year.

Chinese New Year parades, like this one, are popular with people from all different cultures.

Chinese people live in many cities throughout the world, and Chinese New Year celebrations are a little bit different everywhere you go. But my family, like most other Chinese families in every part of the world, always rings in the New Year with our loved ones, good food, and lots and lots of laughter. Today, now that I’m a mother, I love following the same traditions with my son: going to the Chinese New Year parade, teaching him about the different customs and foods, and using that time to talk with our extended family, especially my mother. She still cooks us a huge dinner and greets every single one of her grandchildren with a kiss and a piece of candy. Chinese New Year is always fun, but it’s important for me to teach my son that the celebrations are a snapshot of Chinese culture. Every food item means something. The Chinese zodiac and its twelve animal signs mean something. The red envelopes of lucky money (called lai see in Chinese) we give and receive is more than just money. This is also why I’m writing this book. Chinese New Year is a popular and well-known holiday, but like Christmas or Halloween, it grew out of history and stories. To understand Chinese New Year is to understand what makes Chinese culture unique. And I want all of you to celebrate your next Chinese New Year with a deeper understanding of what the dragons and firecrackers really, truly mean. So keep reading!

In the 1950s, ’60s and ’70s, when immigration to Canada and the United States was very high, Chinatowns across North America were especially busy, with families shopping for groceries, tourists looking for souvenirs like porcelain Buddhas and lacquered chopsticks, and young people hoping to hear live music.

I asked the children in my life, all of whom are members of Chinese Canadian families, to tell me their favorite parts of the celebrations. Here’s what they said.

“Money! And seeing all our grandmas and grandpas. And sitting in our uncle’s massage chair!”

“The party! And eating with the family.”

“Being with all the family, and playing and stuff.”

“The parade! Because of the dragon thing. I like the big mouth!”

During Chinese New Year, lanterns in the shape of the coming year’s zodiac animal are one of the most popular decorations. kristyewing/iStock.com

What chinese new year is all about

Drumming is prominent during Chinese New Year, both to scare off evil spirits and to provide accompaniment to the lion dancers.

Chinese New Year, also known as the Lunar New Year or the Spring Festival, is the biggest holiday in China, in many other countries in Asia, and for the communities of Chinese people who live all over the world. There is gift-giving, lots of food, and visiting with family and friends. The celebrations often last for one or two weeks, so it’s a lot like the winter holidays of Christmas, Hanukkah and New Year’s Eve all rolled into one. And its origins, like those of Christmas and Hanukkah, are thousands of years old.

Chinese New Year has been celebrated for so long that no one knows exactly when it began, although some historians guess that it began as a holiday around 2000 BCE. According to legend, a mythical beast or monster known as the Nián