Sam wants to win, no matter what it takes. Bicycle racing is his sport and he has a gift for it—but his attitude keeps getting in the way. After his teammates give up on him, Sam is offered a fresh opportunity. Viktor, an aging Olympic racer, will coach him and maybe give him what he needs to be a winner.But there's a catch: Sam has to work as a bike courier at Viktor's company. The work is dangerous and intense, fighting traffic in the inner city to make deliveries at breakneck speeds. Then Sam is assigned by Viktor to the mysterious "Dead Run," delivering untraceable packages for an unknown client. Soon Sam is racing away from the law—and risks losing everything. 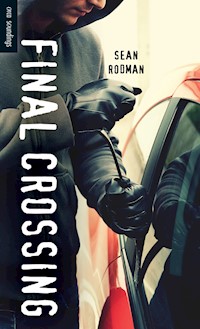 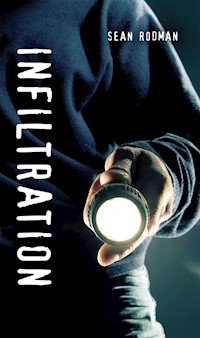 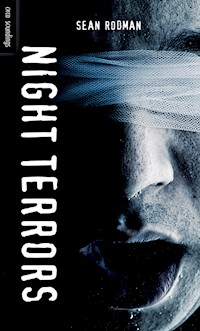 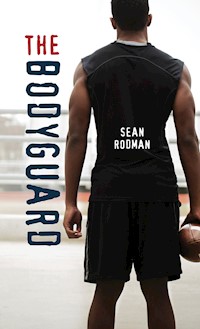 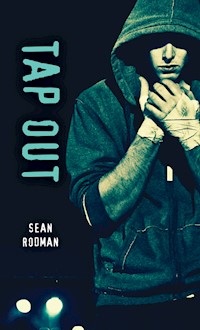 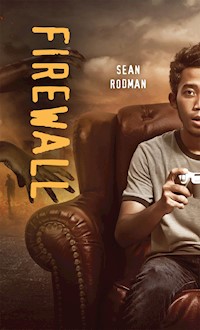 Summary: Wanting to become a world-class cyclist, Sam ends up working as a courier, delivering packages for a criminal organization, and is soon running for his life.

I have no fear.

I’m tensed and ready, like a coiled spring. I know that the stakes in this race are high. But I am not afraid. I’m totally focused. Nothing exists except the starting signal. And the bike beneath me.

The light goes green. I hammer down, making powerful sweeps with my pedals, surging forward. The BMW to my left starts to accelerate, but I beat him into the intersection. Then I’m across the street. Dodging around a big green Dumpster. Weaving back away from a city bus.

In my mind, I’m ahead of the pack at the Olympics. I’m fighting it out with the best cyclists in the world. But it’s all in my head. So far. The truth is that I’m only seventeen, with just a couple of races under my belt.

A delivery truck blocks my lane, so I bunny-hop onto the sidewalk. I pull up in front of Quan’s Groceries, leaning my steel-gray racing bike up against a metal grate. I slap my lock around the bike and the grate, then walk in.

“Hey, Sam,” grunts the big guy behind the counter.

“Are you in that bike race downtown today?” Mr. Lee asks. Me and my dad are regulars here.

“Yeah, the Albion Square Crit. I’m on my way.” I carefully pick out two of the least spotted bananas from the display.

I come back to the counter. “You can bet money on it,” I say. Mr. Lee chuckles.

“Then the bananas are on the house today. Consider it my big sponsorship for you.”

I laugh and thank him. Outside, I slide the bananas into the wide pocket at the rear of my jersey. I check my watch—damn, I’m late again. Gotta move it. I’m on the bike and back on the road. Fighting through traffic. Racing.

Big sponsorship. That would be nice. I’m still in the Junior category. Which means no real money, not like the pros. Mind you, today is a little different. The Albion Crit—short for “criterium”—is a city race, ten laps around a couple of blocks downtown. Like most races, there’s an individual winner as well as a winning team. But in this crit, there are also special prizes. The judges will ring a bell in the middle of the race. That means whoever wins the next lap gets $100. A little extra money would be kind of a big deal right now. Things are pretty tight at home. Dad works the night shift at a warehouse, which barely pays our rent. Mom—she left a couple of years ago.

My focus snaps back to the street when I see the red brake lights of a taxi flare in front of me. I lean hard, dodging a woman stepping out of the yellow cab. Don’t want to get doored.

By the time I get to Albion Square, there’s a big crowd waiting at the start line. It’s drizzling a little now, a fine mist that slicks the road. I walk my bike in between the brightly colored rain jackets and umbrellas, looking for my team. There they are—two guys working on their bikes, both my age. The tallest one looks over.

“Sam!” Hayden says loudly. “What took you so long?”

“Whatever,” Hayden says. He straightens up and looks at me. “It’s always something.” His black hair is plastered to his head with the rain. He’s clearly not in a good mood. “And you didn’t show up for practice last night. What was your excuse for that?”

“No excuse. I didn’t need the practice. My time is good,” I say. I look him right in the eyes, daring him to take me on. Christ, Hayden’s annoying. His dad owns a bike shop, which means we get free gear. Gear that I can’t afford. But Hayden thinks that also means he’s the coach. We lock tough-guy stares for a minute. Then he breaks it off.

“All right, this is the plan. It’s Andrew’s turn to take the lead. You and I will cover him, let him draft behind us. We all hold back for the first eight laps. Then Andrew will break away and go for it.”

“Actually, he’s right,” Andrew says to Hayden, shrugging. “Sam is a way better sprinter than me…” He’s a small kid, always a little nervous around me.

“You don’t get it, Sam,” Hayden says. “If we don’t give Andrew the chance, he’s never going to get better, right? It’s not like this crit is a big deal. It’s just practice.”

“Now we’re practicing to be losers?”

“Enough. You want to race today or not?”

I do. And as much as I hate Hayden’s attitude, if I want to keep racing on the team, I don’t really have a choice. I suck it up.

Twenty minutes later, we’re at the starting line. The street is clogged with brightly colored racers. I recognize a few of the teams. The Red Rock Cycles guys are hard to miss in their red-and-white uniforms. They have the best bikes and pretty much always place in the top rankings. There’s part of me that wants to beat them. And part of me that wishes I were on their team.

Time to pull it together. I take some deep breaths, trying to slow down my heart, riding the adrenaline building in my veins.

The noise of the crowd suddenly drops. There’s a long blast from an air horn. Immediately, the pack of cyclists crashes forward across the line. It’s all pistoning legs, elbows out, just trying to stay upright. One guy spills into the crowd as we go around the first corner. The pack starts to stretch out, the slowest riders dropping behind while the best ones pull ahead. By the time we’re in the straightaway, my team is right in the middle of the pack.

Six laps later, we’re still in the middle. I’m pulling for Andrew, who is drafting behind me. Hayden and I have been taking turns letting him ride close to our bikes, practically touching wheels. By cycling like this, we make it easier for him to pedal and conserve his energy. That way, he should be rested and ready for his big break. If he’s still up for it. I shoulder-check, then drop back to talk to him.

“Next lap, you ready?” I say. Andrew can’t speak, he’s panting so hard. He just nods and grunts. This plan is not going to work. I look ahead as the pack dives into the straightaway on our eighth lap. On the sidelines I see one of the race organizers lift a big silver bell and ring it. There it is. Winner of the next lap gets one hundred bucks.

I rise up off my seat and push down, hard. In seconds, I’m away from Hayden and Andrew. My chest starts to heave. I focus on the leader, on the back of his Red Rock Cycles jersey. A moment later, I’m beside him. Then I’m on my own and headed to win that hundred bucks. And maybe the race. If I can stay ahead of the pack.

I’m alone at the front of the pack. I don’t look behind. I just focus on the road scrolling by in front of my bike. My body is a machine, constantly accelerating. I’m unstoppable. The crowd is cheering, and I roar right back at them, screaming as I tear up the streets.