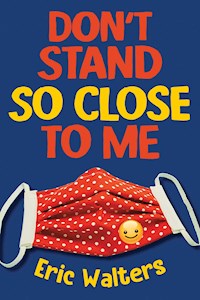 Don't Stand So Close to Me E-Book

Thirteen-year-old Quinn and her friends can't believe their luck when spring break is extended an extra two weeks—even if it's because of some virus. But when the impact of the worldwide COVID-19 pandemic becomes apparent, everyone, not just the students, has to learn to adjust to their new reality. Quinn’s father is an ER doctor and has to self-isolate to protect his family from the virus. Isaac’s mother is the chief of police and now has to enforce new physical-distancing bylaws. Reese can’t visit her grandmother in her care home anymore. And their entire school has moved to online classes. Sacrifices have to be made to keep everyone safe, but there’s more to life than rules and scary news reports. In an effort to find some good in all this uncertainty, Quinn comes up with an idea that she hopes will bring the entire community together. 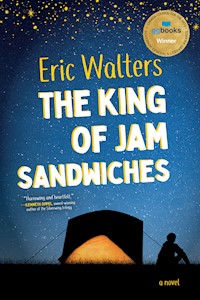 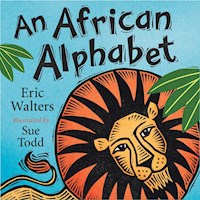 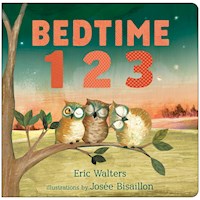 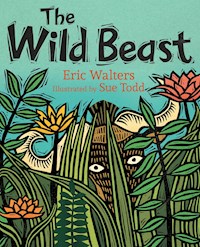 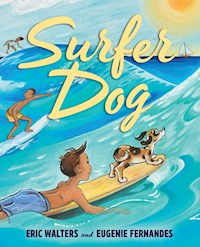 Published in Canada and the United States in 2020 by Orca Book Publishers. orcabook.com

Summary: In this novel for middle readers, 13-year-old Quinn and her friends try to adjust to life during the COVID-19 pandemic.

For my grandchildren — Quinn, Isaac and Reese — and the future they will help to create.

“Isaac, could you please pay at least a little attention?” Jenna asked.

Isaac looked up from his phone. “Believe me, I’m paying as little attention as I can,” he said.

Reese and I tried hard not to laugh, but it was impossible. Isaac just didn’t care.

“Do you have to encourage him, Quinn?” Jenna said, frowning at me. She turned to Isaac. “Why are you even here if you don’t want to take any of this seriously?”

“I have no choice,” said Isaac. He turned to Miss Fernandez, who was sitting in the corner of the classroom, reading a book. “Right?”

“Correct,” replied Miss Fernandez, looking up. “The president of the student council must attend all planning meetings.”

“Bet you didn’t know that when you ran for president,” Jenna said.

Jenna shot him a dirty look. Isaac was president and she was vice-president. The person who came in second was automatically appointed vice-president.

Jenna had really wanted to be president. She had built a committee to help her, created a formal platform of promises and put up all sorts of fancy signs throughout the school.

Isaac had put up a few signs too. We’d even helped make them. But his said things like Vote for Isaac — You Could Do Worse and Isaac — The Only A’s I Get Are in My Name. He’d run for school president as a joke. He’d never thought he could actually win. But I had. Things like that just happened to Isaac. It didn’t hurt that he was on all the school sports teams and was liked by everybody. Even when he got into trouble—which was often—it was for harmless or goofy reasons. It even seemed like Mrs. Reynolds, our principal, felt bad when she had to punish him.

“Isaac, can we get back to business?” I asked.

“For you, Quinny, I will attempt to focus.” He put his phone in his pocket.

I’d known Isaac forever—literally. We lived next door to each other and were born a month apart. He was always over at my house or I was at his.

“We only have a few weeks left to plan the spring dance,” Jenna said.

“You need a venue and some music,” Isaac said. “I’m assuming the gym is where this is happening. How hard can the rest be?”

“Actually, we have to arrange refreshments, chaperones, agree on a theme, decorate, create a playlist—”

“And get the songs on that playlist approved,” Miss Fernandez chimed in.

“Get the playlist approved, book a DJ and—”

“I could be the DJ!” Isaac exclaimed.

Reese and I laughed again.

“How about if I take this one?” Reese said to me. “Isaac, your musical taste is all rap, heavy metal and classic rock.”

“A dance generally involves dancing,” Reese explained. “That would be pretty hard to do with the kind of songs you like.”

“Hmmm. Uh, Miss Fernandez? Follow-up question,” said Isaac. “Do I actually have to go to this dance?”

“Yes, Isaac,” Miss Fernandez said with a sigh. “As the student council president, you are definitely expected to attend.”

Isaac thought for a moment. “Well then, I will still volunteer to be the DJ. Someone else can figure out the playlist, and I’ll just be my usual charming and funny self.”

Jenna tapped her clipboard. “Okay, fine. But can we get back to this list? We only have six weeks to get all of this organized.”

“Six weeks is almost six weeks more than we need,” said Isaac. “You worry too much.”

“Well, next week is spring break,” Jenna said. “And some of us won’t be around. Aren’t you going to Mexico, Quinn?”

“We were planning to,” I replied, “but our trip has been, um, postponed.” My father was a doctor, and the hospital staff had recently been told they had to postpone any upcoming vacation plans.

“You are?” I asked. I was surprised I hadn’t heard anything about that.

“Well, the south part of town. I got friends who live there.” Isaac, always the joker.

Jenna nodded. “We’re going to visit my aunt and uncle in California for a few days. My cousin is getting married, and it’s a big family reunion. We leave tomorrow morning.”

“Wait. You’re skipping a day of school?” Isaac asked. “I think that is inappropriate.” He was doing a perfect imitation of our principal. “School is very important, young lady!”

Everybody, including Miss Fernandez, laughed.

Just then Mrs. Reynolds appeared at the classroom doorway. Everybody instantly stopped laughing. I was pretty sure we were all afraid she’d overheard.

“Good afternoon, Mrs. Reynolds,” Isaac sang out. “Always a pleasure to see you.”

Mrs. Reynolds narrowed her eyes, and Isaac dropped his to his desk. Isaac’s mother was the police chief in our town, but she was nowhere near as scary as Mrs. Reynolds.

“Miss Fernandez, may I speak to you for a moment?” she asked.

Miss Fernandez stood up, and they both went into the hall.

“What do you think that’s about?” Reese asked.

“Miss Fernandez is in trouble,” Isaac said. “I know that look!”

“I highly doubt that, Isaac,” I replied. Geez, the guy would say anything for a laugh.

But when Miss Fernandez came back into the room, she did look like she had gotten into trouble.

“Mrs. Reynolds is calling an assembly so everyone can hear the details. But I can tell you that it involves spring break.”

“It better not be canceled!” Isaac exclaimed.

Miss Fernandez looked a bit uncomfortable when she replied. “No, it’s not canceled,” she said.

What the heck was going on?

It wasn’t long after lunch that we were brought into the gym. Class by class, all four hundred of us. As eighth graders, we got the benches in the back. The sevens were on the floor in front of us, the sixes in front of them and then the fives right in front of the stage.

I watched a couple of fifth graders settling onto the gym floor. They looked so young. It was hard to imagine I was ever that small. The start of fifth grade seemed like a lifetime ago. Now we were at the other end of middle school. In three months our time here would be over, and we would all be going off in different directions and to different high schools. A few eighth graders were even moving away after the school year ended.

Mrs. Reynolds came onto the stage, followed by our vice-principal and then Isaac and Jenna. As student council president and vice-president, they typically sat up there during assemblies. Isaac waved at the crowd as he crossed the stage. There was nothing he liked better than an audience.

Mrs. Reynolds came to the podium. Teachers all over the gym shushed their classes, and soon there was silence.

“Good afternoon, everyone,” she began. “I want to thank you for your quiet and orderly entrance to this emergency assembly.”

Emergency? What was the emergency? I hated emergencies. I hated anything I couldn’t predict. But I suspected I knew what this might be about.

“As you are all aware, there has been growing concern about the spread of a virus that causes a disease known as COVID-19.”

I knew all about this virus. It had become a big part of family discussions at dinner. It was also the reason our vacation had been canceled. I also knew that many of the kids didn’t seem to know much about it. Mrs. Reynolds talked about health officers and government guidelines. Finally she mentioned spring break.

“We have made some changes to the upcoming spring-break schedule.”

The room was suddenly filled with the mumbling of conversation as everyone tried to guess what came next. Mrs. Reynolds stopped talking and waited. She raised a hand, and the gym went silent again.

“As you know, tomorrow was meant to be our last day of school before the break. However, this year the break will start one day early. There will be no school tomorrow.”

A gigantic cheer went up from the students. We were getting an extra day off!

Mrs. Reynolds raised her hand again, and the teachers worked to quiet their classes.

“Everybody, listen!” Miss Fernandez said. “This is important.”

It got quiet again.

“As part of district plans to create more of what they’re calling social or physical distancing, all schools in the area will be closed for three weeks instead of just one.”