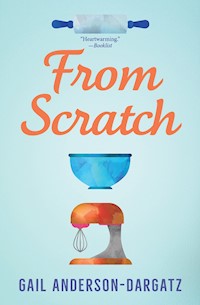 Cookie is about to lose her job at the local bakery. She dreams of owning her own bakery but doesn't think she has the skills or money to do it. Most of all, she doesn't have the self-confidence. When she takes a course at the local college, she finds she has much more going for her than she imagined. With the help of her community, she figures out how to make sure no one has to go without her famous doily cookies for long! 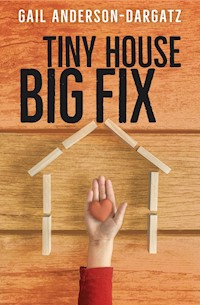 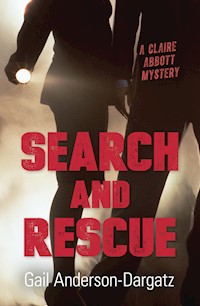 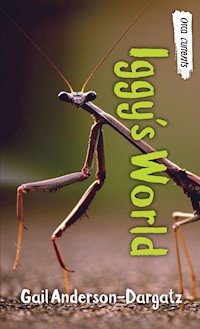 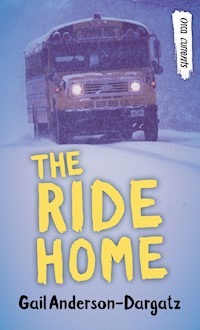 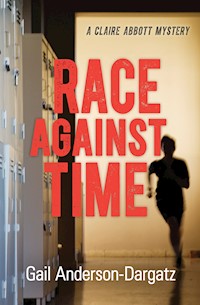 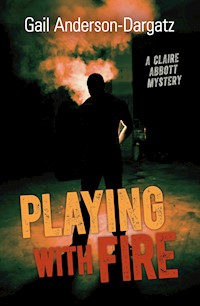 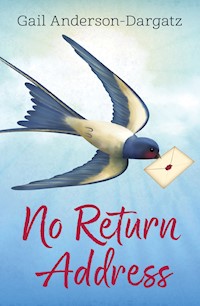 Summary: In this short novel, a single mother goes back to school in order to run her own bakery. (RL 4.8)

Orca Book Publishers is dedicated to preserving the environment and has printed this book on Forest Stewardship Council® certified paper.

For Judi, who brought a community together with her fine cooking and loving presence.

Preview of No Return Address By Gail Anderson-Dargartz

I brushed flour off my apron as I stepped away from the kitchen area and up to the bakery counter to serve Murray. He was a widower a few years older than me, in his early forties. He still dressed like a construction worker even though he owned his own antique business now. He sold old dishes, toys and art online, through his website. “You know what I’m here for,” he said, grinning.

I did. Murray turned up at the end of my morning shift almost every day. He always ordered the same thing. I handed him a cup of coffee and two oatmeal “doilies.” I called these cookies doilies because as they baked, the dough spread out into crisp circles. They looked like the lace doilies people put under vases to protect their furniture.

“Thanks, Cookie,” Murray said as he took the plate. He was the one who gave me the nickname Cookie. Now every regular at the bakery called me that. My real name is Eva.

“You ever going to give me the recipe so I can make these cookies at home?” he asked me.

I shook my head as I smiled shyly at him. We didn’t use packaged mixes at this bakery. We baked everything from scratch. I made these cookies from my own recipe.

“Probably better if you don’t tell me,” he said. “I want a reason to keep coming in here.” Murray held my gaze just a little too long, as if he liked me. But I wasn’t sure. More to the point, I found it hard to believe he could be interested in me. He was such a handsome and accomplished man, with a business of his own.

And me? I just worked here, at this bakery. My hair was tucked in a hairnet because I’d been baking that morning. My apron was covered in flour and butter stains. I never wore makeup to work because it got so hot around the big commercial ovens. I always worked up a sweat. If I did wear mascara, it smudged. What could Murray possibly see in me?

Diana elbowed me as Murray went to his usual table by the window. “Like he needs another reason to come in here,” she said. “He’s got you.”

She grinned at me, but I tried to ignore her. I wiped the counter to hide my embarrassment.

Diana was the owner of the bakery. She was in her sixties now and had owned the bakery-café in this strip mall for more than twenty-five years. The café looked a little dated too. The place could have used some fresh paint and new tables. But the big windows filled the space with light, and the room always smelled of sweet baked goods. The bakery-café was a favorite hangout, the only place to meet for coffee in this rural area just outside of town.

I had worked at the bakery since my daughter Katie was little. Katie had worked here summers as a teen. Now she took cooking courses at the college in town. But I had never gone to school to learn how to bake. I had learned all that from Diana, on the job. Then I practiced baking at home, making up my own recipes.

“Come on, Eva, when are you going to do something about that?” Diana asked me, nodding at Murray.

“He likes you. And I know you like him.”

I felt my face heat up. Were my feelings for Murray that obvious? “Murray is only being kind,” I said.

“You don’t give yourself enough credit,” Diana said. “Your cookies are truly wonderful, but you’re the reason Murray comes in here every morning. I see him watching you when you aren’t looking.”

He glanced up now to see us watching him. Caught, he quickly looked away.

“Katie is a grown woman now,” said Diana. “She’s in college. It’s time to start thinking about yourself.”

“Katie is still living at home. On top of paying for rent and food, I have to pay for her tuition now, the cost of her schooling. After I pay the bills on payday, I have hardly anything left over.” I stopped when I saw the look on Diana’s face. “I don’t mean to complain,” I said. “You’ve been good to me, letting me work overtime when I need the cash.”

Diana sighed. “I wish I could give you even more hours, for my sake as well as yours.” She rubbed her sore knee. She was about to have an operation on that knee. Standing on her feet for hours each day year after year had taken its toll on her. She looked tired and often winced in pain. “But with the economy the way it is…” She didn’t finish her sentence.

I knew things had been hard for her and everyone in the community. When the small department store in this rural strip mall had closed down, one business after another had also closed. But, as Diana often said, people had to eat. There were enough regular customers, like Murray, to keep the bakery going. Even so, I knew Diana had been trying to sell the business so she could retire. The For Sale sign had been up outside the bakery for over a year. Diana had told me she would make sure the new owner kept me on, however. She would make it clear I helped her run the place.

Diana took my hand in hers. “Listen, Eva, since we’re on the subject—” She hesitated.

“As you know, I haven’t had any serious offers on the bakery. No one wants to take the place on, not with all these other businesses in the mall shutting down. And I have my knee operation coming up.”

She looked around the small bakery-café. The glass counter was full of baked goods. A row of small tables lined the windows. The place smelled of the cinnamon buns baking in the big oven in the kitchen behind us. “I’ve decided to close the bakery at the end of next month.”

“The tourists will be gone by then,” she said. “Labor Day weekend is coming up. Summer is already just about over. I can’t keep the place open any longer. I’ll have to stay off this knee for several months after the operation.”

“I understand,” I said. I was sad for Diana—and for our customers. Without this bakery, there would be no place for people in the community to meet. They would have to drive into town just to go out for a cup of coffee. But I was most worried about myself and my daughter. What was I going to do without this job? How was I going to help Katie get through college? She still had another year of schooling in her cooking course.

Diana didn’t catch on to my panic right away. “So you’d better do something about Murray now,” she said. “Ask the poor man out. You’ve been dancing around each other for years. After we close, you won’t have an excuse to see him.”

I stole a glance at him. He was watching me again, and his face was red. Could he hear our conversation? “Shush,” I told Diana. I lowered my voice further. “If he likes me so much, why hasn’t he asked me out?”

“Murray doesn’t strike me as shy. He talks up a storm with the other regulars.”

“Look, I’m just saying you’ve both been through a lot when it comes to love.”