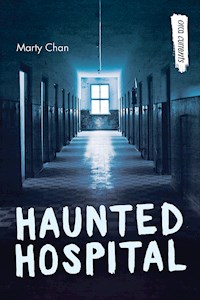 Xander thinks the George Wickerman Hospital would be the perfect setting for Spirits and Specters, a role-playing game where players go on "missions” to find evidence of paranormal activities. According to local legend, tuberculosis patients were used as test subjects in medical experiments that ended tragically, and their disfigured ghosts walk the hallways of this now-abandoned building. What better location to go ghost hunting? Even though they didn’t really believe the rumors, Xander and his friends soon begin to suspect that they are not alone. Is this place actually haunted by ghosts? Or something even more terrifying? 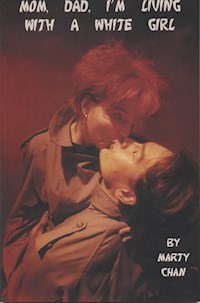 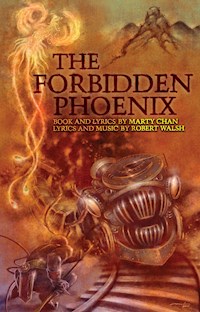 Published in Canada and the United States in 2020 by Orca Book Publishers. orcabook.com

Summary: In this high-interest accessible novel for middle readers, four young teens find themselves in serious danger during a role-playing game in a supposedly abandoned hospital.

In honor of Frank Nigro. Thank you for inspiring me to chase my dreams.

The light from Li’s phone shone a path in the dark cemetery. She crept between the tombstones, trying to still her shaking hand.

She spun around. The leafless trees behind her looked like skeletal fingers reaching for the bright moon.

She zipped up her fleece jacket, bracing herself against the brisk wind. She looked at the text on her phone again.

Her mission was to find the gravestone marked with the name Tamara Reyes. It was part of the game Spirits and Specters. Li and her friends were the ghost hunters. Li had been given a solo assignment. She had to find evidence of the supernatural to earn bonus points.

She aimed her phone light at a nearby gravestone. Not the one she needed. She pointed the flashlight beam at a second one. Nope. Another tombstone and another. She crept along the line of markers, scanning each inscription.

Li froze. It sounded like something or someone stepping on a dead branch. Was she being followed? She held her breath for a moment and listened. Nothing but the wind whistling through the trees.

She picked up the pace. Soon her quick walk had turned into a fast jog. But even at her new pace, the light of her phone caught the tombstone she was looking for.

Li grinned. “Found you,” she said.

She inched toward the marker. The beam of light from her phone caught a dark shape on the grass. It was a wooden box about the size of a shoebox. Strange etchings snaked across the rosewood top. They looked like demon figures writhing in pain.

She texted a message to the game’s referee.

Crypt Keeper, I found a box. Now what?

Three dots appeared on the screen. Li tapped her foot, waiting for the reply. She wanted to get out of the dead zone as fast as possible. Ping.

Li stared at the box. Something about it made her nervous. Why couldn’t she just bring the thing back so her teammates could open it with her? Safety in numbers and all that. But Li remembered that this was a solo mission. And she wasn’t about to quit.

A bony hand shot out of the box. Li screamed and dropped her phone. She scrambled backward, slamming her elbow against a tombstone.

The skeleton hand bounced up and down on a metal spring like a creepy jack-in-the-box.

Li focused on slowing down her breathing. When she was calm, she started sweeping her hands over the grass until she could feel her phone.

Nice one, Priya. What now?

A few seconds later, the response pinged on the screen.

Ha! Did it freak you? Look inside.

Li crawled across the grass to grab the box. A folded-up piece of paper was jammed into one corner. Li plucked it out, opened the yellowed paper and read the scribbled words.

I cannot rest until I am reunited with my beloved.

She flipped the note over, but the other side was blank. She shone the light on Tamara Reyes’s gravestone, noting the inscription at the bottom:

Li skimmed the names on the nearby markers. None belonged to Denton Reyes. She headed to the next row.

She scanned the cemetery for the source of the sound. Nothing. Li grabbed the box and scurried away, keeping low and out of sight. She wasn’t about to stay in this spooky place a moment longer. The wind blew against her body, almost as if trying to prevent her escape.

Li’s friends, Xander, Omar and Priya, all stood at the gate entrance, clapping.

Xander clapped Li on the back. Omar lowered the scarf wrapped around his face and took the wooden box from her. Priya strode over to a nearby tombstone and checked the binder sitting on top.

“Not bad, Li. Not bad at all,” Priya said. “I’m awarding you fifty experience points for that mission.”

“Fifty? Come on, Crypt Keeper,” Li said. “That was worth at least a hundred points. The bony hand! That’s got to be worth something.”

“Okay. I don’t see what—yikes!” The skeletal hand shot out at Omar’s chest. He leapt back, dropping the box.

“Yeah right.” Li turned to the Crypt Keeper. “C’mon, Priya, why didn’t I get more points? I finished the mission.”

Priya shook her head. “Li, the game’s called Spirits and Specters. Not Bicker and Complain. And actually you did not complete your mission. If you had found Denton Reyes’s grave, you would have picked up the extra fifty points, but you didn’t complete the task.”

“Not my fault,” Li argued. “There was no grave marker nearby. Plus, it sounded like someone else was in the cemetery.”

Omar joined in. “She wants to feed on your eyes.”

Li sneered at them. “Act your age. Not your shoe size.”

Towering over Xander and Li, Omar cocked his head. “But my age is the same as my shoe size.”

Xander lifted up ghost arms and floated around Li. “Oooo.”

“Cut it out, Xander,” Li said, her nostrils flaring. Her nose stud sparkled in the moonlight. “So, Priya, where is Denton Reyes?”

The Crypt Keeper shook her head. “That’s up to the next ghost hunter to find.”

“Careful,” Li said. “I really did think I heard someone. Might be security.”

“So what?” Omar said. “We’re not doing anything wrong. Come on, Priya. Give me my mission.”

Xander leaned against the iron gate. “We do this every time! I’ll bet Priya’s big brother is lurking around, waiting to jump out at us. Same ol’ same ol’.”

Priya clutched her binder against her jacket. “You don’t like my campaign missions?”

Xander said, “No, they’re great. All I’m saying is that part of the fun of ghost hunting is visiting new and abandoned places. Right, Omar?”

Omar kicked at the ground with his high-top and glanced up sheepishly at Priya. “If there was a chance to hunt ghosts in another place…well… I guess…I wouldn’t complain.”

Priya turned to Li. “Do you feel the same way, Li?”

Li took a second to answer. “Well, I do love the jump scares.”

“Me too! But the setting is a little…you know… played out,” Omar said.

Xander sighed. “I wish we could find a new place.”

Priya lowered her binder. “Yeah, I guess the graveyard is getting a bit tired. Tell you what. Next week we’ll start looking around for another place. Whoever finds the best location gets to be the next Crypt Keeper.”

They all nodded in agreement.

The following week Xander peppered his friends with his ideas for new places to play. They ranged from the old Edmonton Oilers hockey arena to the river valley to an abandoned house a few blocks from the school.

None of his pitches landed with Omar or Li. Priya liked the abandoned-house idea until Li pointed out that the place was probably full of rats, cockroaches and dirty needles.