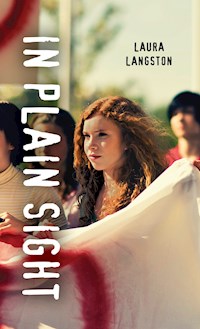 Fifteen-year-old Megan "Cause Queen" Caliente is president of the political science club and likes to make her voice heard. But after the protest she organized on the Las Vegas Strip takes an unexpected turn, she is suddenly wishing she could disappear. When her mother comes to pick her up at the police station, Megan learns, to her horror, that her whole life has been a lie. Her father is a convicted terrorist, responsible for the deaths of more than two hundred people, and her mother has been living under an assumed name for fifteen years. Megan's mom is taken away in handcuffs, and Megan is expected to return to her regular life under the supervision of her aunt. But everyone, students and teachers alike, is treating her differently now. Cruel accusations and gossip, as well as persistent reporters, follow her everywhere. Worried that she is destined to follow in her father's footsteps, Megan, with the help of the charismatic Matt Mendez, the only person at school who hasn't turned on her, decides to track down the father she thought was dead and get some answers. 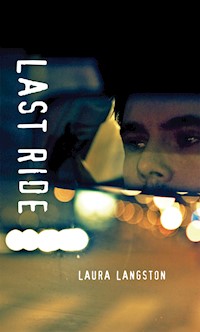 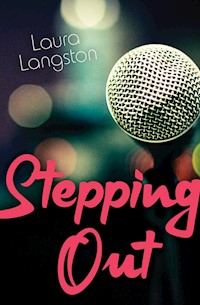 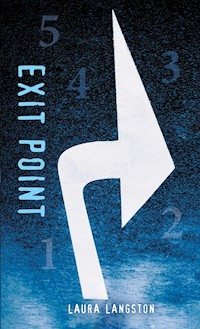 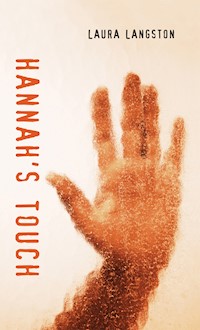 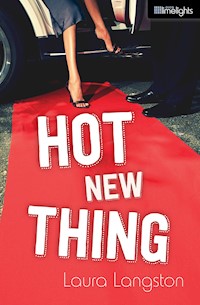 Summary: In this high-interest novel for teen readers, Megan learns that her father is a convicted terrorist and that her mother has been living under an assumed name for fifteen years.

Orca Book Publishers is dedicated to preserving the environment and has printed this book on Forest Stewardship Council® certified paper.

But on Tuesday afternoon, as we protest on the Las Vegas Strip, I’m hours away from learning the truth, and my soul is still pure. My intentions, however, aren’t exactly honorable. The US secretary of defense is arriving at Caesars Palace in a few minutes, and I want to create enough of a scene to make the evening news. We need the exposure for our cause.

“Stop the drones!” I shout as our group marches down the sidewalk in front of the casino. “Drone strikes kill!” We weave around tourists carrying bags and cameras and cold drinks. Most visitors look away, but some check us out. The cops are watching us too. A couple are smirking.

“Ground the drones!” Jenn yells, waving her sign above her head. Out on the street, a car horn honks.

Sun burns the top of my head. The handle on my protest sign is slick with sweat. My shirt is sticking to my back. It’s warm for March, close to eighty degrees in the shade, but I don’t care. The warm weather means more people were willing to skip school for today’s demonstration. Including jokester Matt Mendez.

I watch him saunter down the sidewalk ahead of me, laughing with Brad and a few of his buddies. When word got out that Matt was driving to the Strip for today’s demonstration, a pile of guys jumped into his van. They don’t care about the cause. They just want to be with happy-go-lucky Matt. Everybody does.

We reach The Forum Shops and turn around. A redheaded tourist wearing a blue Only in Vegas T-shirt toasts us with his can of Coors Light. “Relax!” he yells. “Life’s too short to waste on causes.”

“If your life doesn’t count for something, it counts for nothing,” I holler as we march past him.

“Amen!” Jenn flaps her sign in his face. The movement catches him off guard. He stumbles. One of the street cops looks over and frowns.

A camera operator with News 3, the local NBC affiliate, gets it all on tape. He’s been following us down the sidewalk, but I haven’t seen any reporters, which is disappointing. I thought for sure they’d show up, especially for the defense secretary. They’re either waiting by the front entrance, which we can’t do because the casino is on private property, or they don’t care about our demonstration.

We need to make them care. We need to keep that camera operator filming us too. I start up the chant and signal the others to do the same. “Drones fly and children die!” If we yell loud enough, maybe a reporter will show up or maybe the defense secretary will hear us when he drives by.

In fifteen minutes, he’s going to address ISUAS, the International Symposium on Unmanned Aircraft Systems, that’s being held this week in Las Vegas. As president of our school’s political science club, I decided to rally my friends and fellow club members and organize a protest. I’ve planned another protest for Friday afternoon when the conference ends too.

“If I don’t get a drink of water right now I think I’ll die.” April’s sign flops as she fans her face with her hand. “You didn’t tell me it would be this hot.”

Jenn, our club vice-president, gives her a disgusted look. She tolerates April, but they aren’t exactly friends. “How were we supposed to know the fog would burn off this afternoon?” She marches ahead of us. “End the drone wars now!” she shouts.

I hang back with April. She only came because she wanted an excuse to ditch math. I’m fine with that. The more bodies we have, the better. “Drones kill!” I wave my sign in the air and try to make eye contact with a middle-aged couple admiring the neatly clipped shrubs in huge white pots. They look past me.

“I need to go inside and check my mascara,” April says. April adores makeup as much as I adore current events. “I’m pretty sure it’s running.”

I look at her. A faint blue smudge surrounds both eyes. “It’s not running.” It’s not. It’s smudging. “Besides, you can’t leave now. The defense secretary will be here any minute. And that camera operator is filming.”

“Not me, I hope.” April’s been hiding her face with her sign whenever the guy points his camera at us.

She isn’t a risk taker like Jenn and me. Maybe because her parents are accountants and lead quiet and predictable lives. On the other hand, my mother is a freedom-loving artist who always talks about listening to your heart, and that hasn’t helped me any. She hates that my heart told me to join the political science club. She wishes I’d take up photography or something else artistic. She should be happy I’ve joined a club at all. That my big love is current events, not parties and weed.

“My dad wouldn’t want me on the news,” April adds.

My mother wouldn’t want me on the news either. Luckily, she never watches TV, so I have nothing to worry about.

I spot Matt jumping up and down making monkey noises beside a hop-on, hop-off tour bus. Three of his buddies are doubled over with laughter. Beside me, April giggles.

I’m pissed off. “Why can’t he be serious for once in his life?” I’ve spent days organizing this event. I don’t want Matt Mendez ruining it.

“He can have fun later. This is serious. Hundreds of innocent people die every year because of drone strikes. We need to educate people.”

“Yeah,” April agrees. But she’s still watching Matt. Everybody is. Except for Jenn, who has jumped onto one of the planters so she can see down the Strip. A bearded man trying to photograph his wife gives her a dirty look. She doesn’t notice.

“But even when he’s goofing off, Matt is super cute,” April adds.

Matt may be cute, but he’s a clown. He’s always disrupting our Foods class. “He thinks life should be a party, and that’s not realistic,” I say.

April starts to reply when Jenn shouts, “I see a motorcycle. And a limousine with a us flag.”

That’s him! Adrenaline makes me jittery. This is it!

Jenn jumps off the planter and bolts down the sidewalk. The rest of us follow her lead, racing past the pedestrians until we reach the intersection. The corner is crowded with bodies—tourists, a couple of burgundy-suited guys from the casino, more cops. And two camera operators.

The motorcycle escort turns onto Caesars Palace Drive. The limousine follows, going slowly through the intersection. Its side windows are tinted, but the driver is visible through the windshield. He’s young. And he looks nervous.

Waving our protest signs, we begin to shout.

“The United States is murdering innocents!”

Somebody steps off the curb. The sign covers their face so I can’t see who it is. But the limousine slows to a crawl.

Opportunity! Impulsively, I step off the curb too. So do a few others. The two camera operators are filming us. Bonus! We run up to the side of the limo. It continues to creep forward. “Stop killer drones!” We wave our signs at the tinted windows.

Suddenly there are cops everywhere. Dozens of them. A furious wall of khaki storming forward, grim-faced and determined. “Get back!” one of them hollers.

“Don’t move,” another one bellows.

“This is a democracy!” I yell. A siren sounds in the distance. “We’re allowed to protest.”

One of them grabs my left wrist. “Not in the middle of the street you aren’t.” He yanks my arm around my back. Something cold hits my skin. I hear a metallic snap. My mouth turns dry. Handcuffs? “Now drop the sign and give me your other hand,” he says. “You’re taking a ride down to the station.”

The good news is, the police don’t charge us. The bad news is, they won’t let us leave until our parents come and pick us up. So much for my mother not finding out about the protest. An hour and a half later, Matt and I are the only ones still waiting.

“It could be worse,” he says as we sit across from each other in the holding room. It’s a large rectangular space with puke-green walls and a tired linoleum floor. The stench of stale smoke, urine and fear hangs in the air. “They didn’t arrest us, and they could have. You heard the cop. It’s illegal in the state of Nevada to block traffic during a protest.”

We didn’t mean to stop traffic. If that limousine hadn’t slowed down, none of this would have happened. On the upside, I’m pretty sure we’ll be on tonight’s news. The cameras were running when we were hauled away by the cops, and a couple of reporters had shown up by then too.

“We didn’t even get a citation. They’re giving us a warning.” Matt’s right arm rests across the back of the neighboring chair. His long legs are sprawled out in front of him like he’s watching TV or something. “It’s no big deal.”

The guard standing by the heavy steel door frowns. “That kind of attitude will get you in a lot of trouble, mister.” She’s a squat, brown-haired woman wearing a gray uniform. Her bulbous eyes and jowly cheeks remind me of a bulldog. “Next time you won’t be so lucky.”

“Only if we get caught.” He raises an eyebrow.

Her frown turns to a scowl.