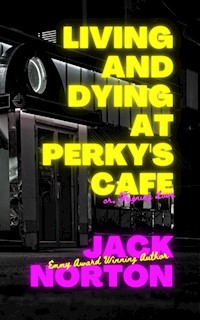 Living And Dying At Perky’s Cafe, or: Feigning Love E-Book

He remembers the f**king, the fighting, the reefer, the writing, the knocking, but after that...he remembers nothing. Just a big, ol' glorious blank space in his brain where thoughts outta be.

We live in a world of make believe - and the ones that get locked up, sent away, silenced, muted and destroyed are the only ones brave enough to point this out in the first place. Maybe that's the only reason we get locked up, not for our crimes - but for our minds. Maybe being a free thinker is more dangerous to the masses than any serial killer or warlord. Maybe. Who knows?

Everyone wants to see the train wreck, but nobody wants to be the engineer.

Welcome to a world of desperate characters, fleeting happiness and existential agony. A world where nothing is what it seems and danger hides in every corner. Influenced by the golden age of pulp fiction and dark noir, comes a riveting new short story from Emmy Award winning author Jack Norton. 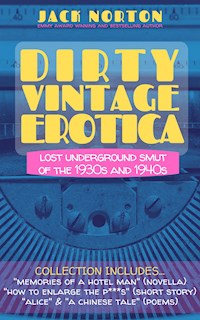 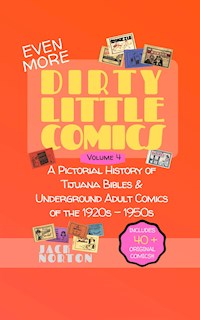 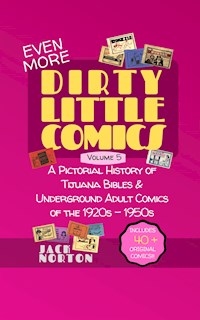 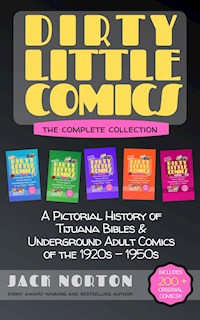 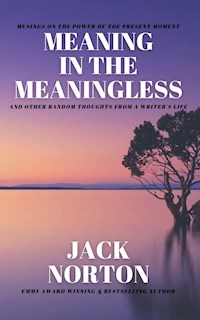 Meaning In The Meaningless
Jack Norton 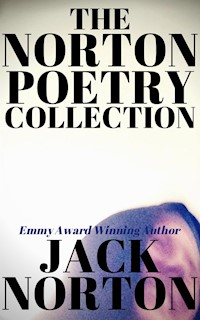 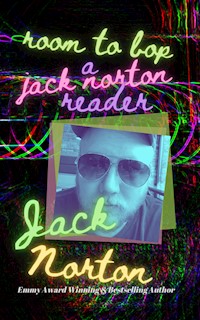 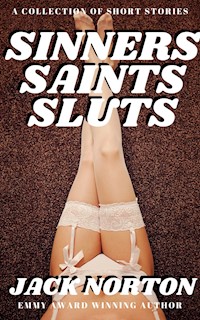 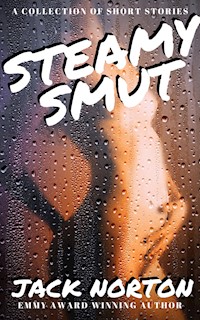 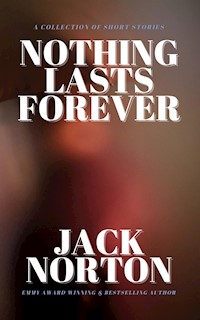 Nothing Lasts Forever: A Collection of Short Stories
Jack Norton 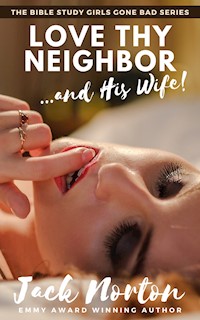 Love Thy Neighbor And His Wife: Steamy and Spicy Christian Erotica
Jack Norton 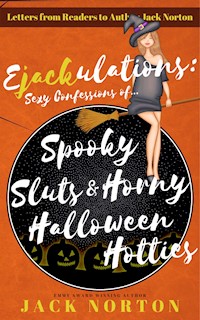 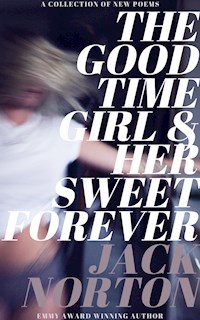 The Good Time Girl And Her Sweet Forever
Jack Norton 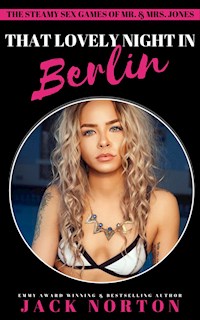 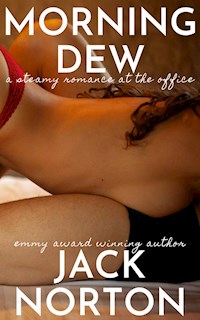 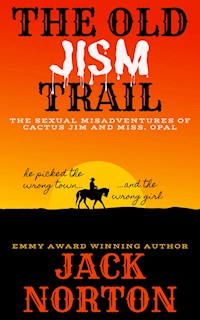 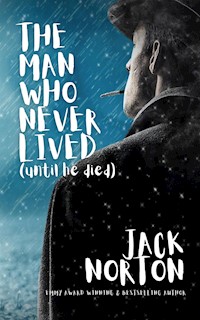 The Man Who Never Lived...Until He Died
Jack Norton 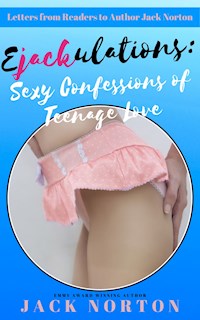 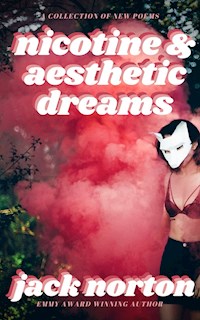 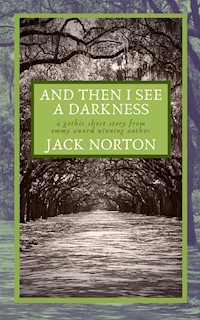 And Then I See A Darkness
Jack Norton

Living And Dying At Perky’s Cafe, or: Feigning Love

Everyday its the same old shit. I thought to myself as I looked out over the city skyline from the corner booth at Perky's Cafe.

It was hot, the kind of stifling muggy sick hot that sticks around even when the sun sets. The city felt like it was on fire and it was only the beginning of June. It would be a long, long summer.

The waitress, bless her heart, had forgotten about me and I wondered if I would ever get my cup of coffee filled back up. I looked at the situation, like any half-way decent writer would, as a metaphor for my life: I was forgotten about, in a steamy hellhole, in bad need of a coffee and at my wits end with the story I needed to crank out. I learned a long time ago that the thing about deadlines was that they instantly made me want to rebel, like a wild untamed stallion, bucking a rider offa its back. The moment my editor gave me a deadline, my life began spiraling down to Dante's sixth rung of the inferno. Deadlines didn't immobilize me, they just made me want to push everything back - they made me not want to start (if I hadn't already), and if I had started they made me want to write slower, more methodical and in a way I knew would piss off my editor.

Take this story, for example, I was told to write a quick five thousand word jerk-off piece, something with nice tits, a good ass, and sex in all the right places. I'm supposed to open in the midst of the sex act, to catch the reader by surprise, really hook them in, you know? Then, I flash back to a few days before when the couple in heat has their first encounter. Insert some witty banter. Not too much dialogue, keep things nice and snappy. Give the girl time to be alone, perhaps give her a sexy roommate or old college friend - some piece of ass for her to fantasize about while taking a shower. Let her explore her womanhood...while exploring another sweet young lady. Add a brief conflict, something reasonable - not too off the wall - and then have the whole damn thing end with the couple fucking like wild rabbits.

Simple. Easy. Formulaic. Nothing complex. Any monkey with a typewriter could handle it. If it were up to my editor, I'd be replaced with a monkey and paid in peanuts. Maybe a banana...if I finished a day before deadline.

This whole publishing game was a racket. I remember the days when authors were revered as true artistes, names to be respected like great forgotten about Renaissance painters or classical composers who had names I can't pronounce. Nowadays, we writers are the bottom dwellers, the scum suckers, the lowly and - at least according to my waitress - the forgotten (on account of I'm still sitting here waiting for that damn coffee).

The bar has been lowered - for the writer - and the reader. Any one can do it now. You got a nickel, you can buy a novel. Not a good one, but a novel, nonetheless. Want to kill an entire week? It'll only cost you a dime. The readers have it lucky, though, they are the ones with choices. They can put the story down, and leave when the going gets tough, or when the world they are in becomes stale and predictable. Boring. Boredom. Boredumb.

That one little word is the scourge of the writer's existence. That word, that gotdamnt word, is a soul killer.

Stay with me here.

Let's say you go to work everyday and you put in eight or ten hours in the office. You leave. Shut the office door. And you have a life away from your work. You ever think about the plight of us writers? Naw, of course not. We sit, eight or ten hours a day in the same kinda office as you. Sure, we may get to listen to the radio and sure we can piss when we wanna or smoke a bit of reefer (if we feel like it), but we still gotta put in the same hours as you. And what are we doing? Building the worlds for your brain to escape to! It's madness, really. We sit, hour after hour, building a world with nothing but our words - and - let's play the devil's advocate here - we build something that becomes stale. Boring. Predictable. What do we do? Throw out the pages? Go back and try to figure out where things went wrong? Of course not! We are working on deadline and we are getting paid by the word, so we sit. Behind our typewriters, and keep pounding the keys hoping upon all hopes we can figure a way outta this mess.

Today shouldn't be all that bad: I only need to write a jerk-off piece. Five thousand words. Something easy and sexy, but that damn stallion called Boredom can't be broken, won't be tamed, doesn't want to live by man's rules - and certainly not by God's either (God, also known as the editor) - so he just bucks his stubborn head, tilts back and screams, "waitress!" louder than he intended, and the whole joint gets instantly silent, as if the atom bomb was just dropped and we're all waiting to burn. Except nothing happens, and when the shock of the moment has worn off, my cup is getting filled, she's giving me the stink eye and life returns to its rotten, miserable, sticky hot existence as I continue to stare out the window and wonder just how in the hell am I gonna finish this damn jerk-off piece.