'Mr. Jones' is a horror novel written by Edith Wharton. It is about a woman, who one day receives a notice that she is inheriting an estate that is near-abandoned. Only a group of servants lived to take care of the house, or so it might seem, for a ghostly figure seems to be shadowing her every move. 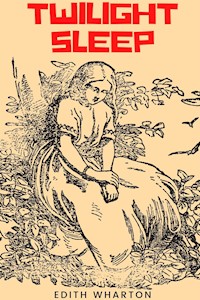 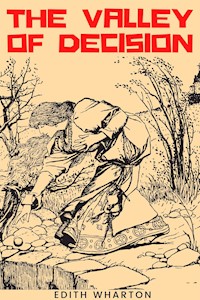 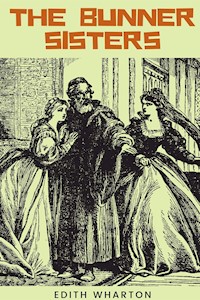 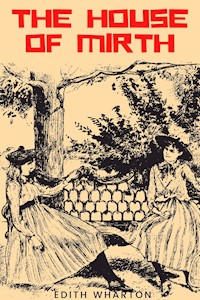 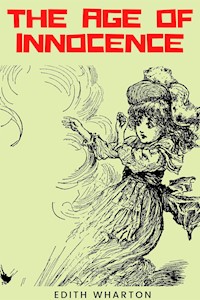 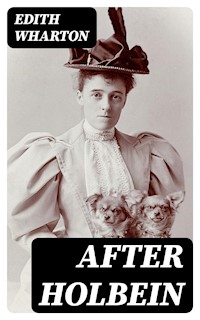 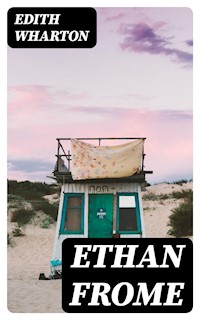 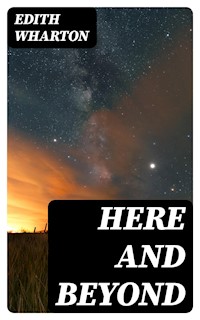 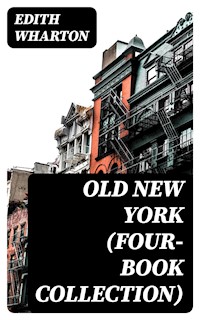 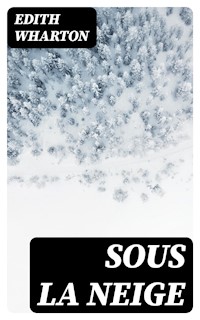 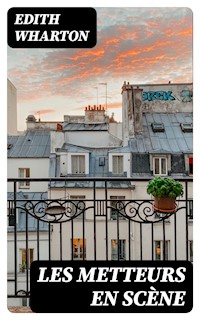 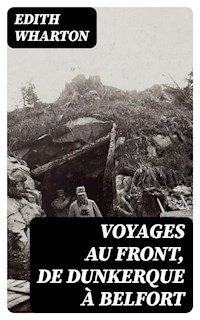 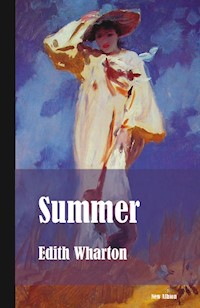 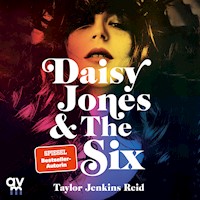 Lady Jane Lynke was unlike other people: when she heard that she had inherited Bells, the beautiful old place which had belonged to the Lynkes of Thudeney for something like six hundred years, the fancy took her to go and see it unannounced. She was staying at a friend's near by, in Kent, and the next morning she borrowed a motor and slipped away alone to Thudeney-Blazes, the adjacent village.

It was a lustrous motionless day. Autumn bloom lay on the Sussex downs, on the heavy trees of the weald, on streams moving indolently, far off across the marshes. Farther still, Dungeness, a fitful streak, floated on an immaterial sky which was perhaps, after all, only sky.

Lady Jane left the motor to the care of the geese on a miniature common, pushed open a white gate into a field (the griffoned portals being padlocked), and struck across the park toward a group of carved chimney-stacks. No one seemed aware of her.

In a dip of the land, the long low house, its ripe brick masonry overhanging a moat deeply sunk about its roots, resembled an aged cedar spreading immemorial red branches. Lady Jane held her breath and gazed.

A silence distilled from years of solitude lay on lawns and gardens. No one had lived at Bells since the last Lord Thudeney, then a penniless younger son, had forsaken it sixty years before to seek his fortune in Canada. And before that, he and his widowed mother, distant poor relations, were housed in one of the lodges, and the great place, even in their day, had been as mute and solitary as the family vault.

Lady Jane, daughter of another branch, to which an earldom and considerable possessions had accrued, had never seen Bells, hardly heard its name. A succession of deaths, and the whim of an old man she had never known, now made her heir to all this beauty; and as she stood and looked she was glad she had come to it from so far, from impressions so remote and different. "It would be dreadful to be used to it—to be thinking already about the state of the roof, or the cost of a heating system."

Till this her thirty-fifth year, Lady Jane had led an active, independent and decided life. One of several daughters, moderately but sufficiently provided for, she had gone early from home, lived in London lodgings, travelled in tropic lands, spent studious summers in Spain and Italy, and written two or three brisk business-like little books about cities usually dealt with sentimentally. And now, just back from a summer in the south of France, she stood ankle deep in wet bracken, and gazed at Bells lying there under a September sun that looked like moonlight.

"I shall never leave it!" she ejaculated, her heart swelling as if she had taken the vow to a lover.

She ran down the last slope of the park and entered the faded formality of gardens with clipped yews as ornate as architecture, and holly hedges as solid as walls. Adjoining the house rose a low deep-buttressed chapel. Its door was ajar, and she thought this of good augury: her forebears were waiting for her. In the porch she remarked fly-blown notices of services, an umbrella stand, a dishevelled door-mat: no doubt the chapel served as the village church. The thought gave her a sense of warmth and neighbourliness. Across the damp flags of the chancel, monuments and brasses showed through a traceried screen. She examined them curiously. Some hailed her with vocal memories, others whispered out of the remote and the unknown: it was a shame to know so little about her own family. But neither Crofts nor Lynkes had ever greatly distinguished themselves; they had gathered substance simply by holding on to what they had, and slowly accumulating privileges and acres. "Mostly by clever marriages," Lady Jane thought with a faint contempt.

At that moment her eyes lit on one of the less ornate monuments: a plain sarcophagus of gray marble niched in the wall and surmounted by the bust of a young man with a fine arrogant head, a Byronic throat and tossed-back curls.

"Peregrine Vincent Theobald Lynke, Baron Clouds, fifteenth Viscount Thudeney of Bells, Lord of the Manors of Thudeney, Thudeney-Blazes, Upper Lynke, Lynke-Linnet—" so it ran, with the usual tedious enumeration of honours, titles, court and county offices, ending with; "Born on May 1st, 1790, perished of the plague at Aleppo in 1828." And underneath, in small cramped characters, as if crowded as an afterthought into an insufficient space: "Also His Wife."

That was all. No name, dates, honours, epithets, for the Viscountess Thudeney. Did she too die of the plague at Aleppo? Or did the "also" imply her actual presence in the sarcophagus which her husband's pride had no doubt prepared for his own last sleep, little guessing that some Syrian drain was to receive him? Lady Jane racked her memory in vain. All she knew was that the death without issue of this Lord Thudeney had caused the property to revert to the Croft-Lynkes, and so, in the end, brought her to the chancel step where, shyly, she knelt a moment, vowing to the dead to carry on their trust.

She passed on to the entrance court, and stood at last at the door of her new home, a blunt tweed figure in heavy mud-stained shoes. She felt as intrusive as a tripper, and her hand hesitated on the door-bell. "I ought to have brought some one with me," she thought; an odd admission on the part of a young woman who, when she was doing her books of travel, had prided herself on forcing single-handed the most closely guarded doors. But those other places, as she looked back, seemed easy and accessible compared to Bells.

She rang, and a tinkle answered, carried on by a flurried echo which seemed to ask what in the world was happening. Lady Jane, through the nearest window, caught the spectral vista of a long room with shrouded furniture. She could not see its farther end, but she had the feeling that someone stationed there might very well be seeing her.

"Just at first," she thought, "I shall have to invite people here—to take the chill off."

She rang again, and the tinkle again prolonged itself; but no one came.

At last she reflected that the care-takers probably lived at the back of the house, and pushing open a door in the court-yard wall she worked her way around to what seemed a stable-yard. Against the purple brick sprawled a neglected magnolia, bearing one late flower as big as a planet. Lady Jane rang at a door marked "Service." This bell, though also languid, had a wakefuller sound, as if it were more used to being rung, and still knew what was likely to follow; and after a delay during which Lady Jane again had the sense of being peered at—from above, through a lowered blind—a bolt shot, and a woman looked out. She was youngish, unhealthy, respectable and frightened; and she blinked at Lady Jane like someone waking out of sleep.

"Oh," said Lady Jane—"do you think I might visit the house?"