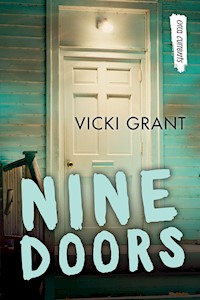 Emery's neighbor, Richard, is the kind of kid who gets under your skin. When Richard suggests a game of "Nicky Nicky Nine Doors," Emery can't come up with a good excuse not to play. Using chocolate bars as "stunt poo," the boys start playing the classic prank of the burning bag on the doorstep, but this game has a modern twist. They videotape their neighbors' reactions. The naked guy and the man in the apron are highly entertaining, but Emery starts to get cold feet when another neighbor is reduced to tears. Emery wants out, but he's not sure how to stop the game without losing face. Soon the game gets serious, and Emery has a lot more to worry about than his reputation. 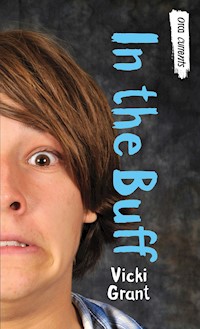 In the Buff
Vicki Grant 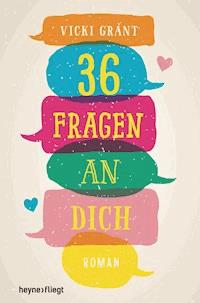 Summary: The game of Nicky Nicky Nine Doors seemed harmless enough when they started, but Emery and Richard discover there are serious consequences to scaring your neighbors.

This book is dedicated to my much older brother, Robert G. Grant, QC, in belated thanks for—among many, many other things—making sure I never lost my retainer.

Despite what my math teacher might think, I’m not stupid.

I’m not mean either. At least I try not to be.

So that’s not how I got into this mess.

I got into it because I was bored.

I know that’s a dumb excuse, but I bet I’m not the first person to use it. My guess is boredom’s the reason lots of people get into trouble. It can drive you nuts. It can make you do stuff you’d never do in a million years.

For me, that meant hanging out with Richard.

That sounds cruel, but what can I say? If you knew the guy, you’d probably feel the same way.

There’s nothing wrong with him—at least, not really. In fact, it’s almost the opposite. Spend more than a couple of minutes with Richard and you end up feeling like there’s something wrong with you.

I don’t know how he does it. He just stands there all innocent and smiling, but somehow he makes you feel like garbage. It’s as if the guy’s a pickpocket, only he doesn’t take your wallet or your cell phone or anything easy like that. He takes your brain. When he’s done messing with you, you can’t even think straight anymore.

That probably doesn’t make any sense. It’s kind of hard to explain, but here’s an example. Maybe that will help.

My name’s Emery. I can’t say I love it, but that’s my name. Usually, I don’t think too much about it one way or the other. It just is.

So one day I ran into Richard down by the Snack ’n Go, and we were having an okay time just talking about music and movies and whatever. I was thinking he’s not such a bad guy. He’s actually pretty funny. It was the middle of August. Everyone else was away. I figured, why not spend some time with him?

Then, out of the blue, he started calling me Emily. As in, “So, Emily, seen Scream 12 yet?” Or, “Whoa, nice sneakers, Emily.” Just kind of dropping it into conversation like that.

It’s not as if Richard’s the only person who’s ever called me Emily. I got it all the time in elementary school. It used to drive me crazy, but I was just a kid then. Calling me Emily now wasn’t going to make me cry or anything. It just bugged me. I let it go a few times, but then I said, “Would you quit it with the Emily stuff?”

He got all serious and said, “Oh. Sorry. I didn’t mean to upset you.”

I said, “You didn’t upset me. I’m just saying don’t call me Emily.” I said it in my normal voice. I didn’t scream or anything. I just kind of “stated” it, if you know what I mean.

He raised his eyebrows way up. He took a step back and said, “Okay, okay,” as if I was making a big deal about it.

Where did that come from? I looked at him for a second. I wasn’t sure how to react. If I said anything more, I figured it really would look like I was turning it into a big deal.

He bit the side of his lip and turned away as if he suddenly just had to read the Ice Blaster poster in the store window. I couldn’t tell if he was laughing at me or not, but I wouldn’t have been surprised. I got the distinct feeling he was trying to bug me—which, of course, just bugged me more.

I took a big breath. I could feel my whole face twisting up into a knot. I felt like calling him Ricky or Rachel or Jerk and seeing how much he liked that.

A couple of seconds later, he turned around as if nothing had happened. I was all ready to let it go. I mean, I’m a reasonable guy. I’m not looking for trouble.

Then he started calling me Emery.

Emery, this. Emery, that. Over and over again. He made a point of really laying into that middle syllable every time he said it too. It was my own name, but somehow Richard managed to make it sound even more irritating than when he was calling me Emily.

If the owner of the Snack ’n Go hadn’t come out right then and told us to move along, I seriously think I would have hauled off and punched Richard.

I’ve never punched anyone before in my life!

See what I mean about the guy?

Sure I was bored, but I knew Richard was like that right from the start. I knew I should have kept my distance. I knew I shouldn’t have let him weasel his way into my brain.

I guess that makes me as much to blame as he is for what happened next.

It all started out innocently enough.

A few days later, I was riding my bike around the neighborhood just for something to do. I saw Richard come out of his house. I was only going to say hi and keep moving, but somehow we started talking about school and the closing ceremonies. Richard did this hilarious impression of Mr. Moffatt tripping over the microphone cord and practically flattening Kalli Harvey. (He did a pretty good impression of Kalli too. She’s usually so perfect that we were all shocked to hear her swear like that.)

Next thing I knew we were hanging out for the day.

We rode our bikes for a while. Then we went to the Snack ’n Go for a slushie. The owner doesn’t like you “loitering” after you’ve finished your food, so we went to the playground. Where else was there to go?

What a barrel of fun that was. The monkey bars were gone because a couple of parents had complained that they weren’t safe anymore. Most of the other equipment was busted or boring. A bunch of old people doing tai chi had taken over the field. That didn’t leave much for us to do. We found a tree behind the school and chilled in the shade.

It was hot and sticky. The whole subdivision smelled like a bus terminal or a parking lot or something. I just wanted to go to sleep and wake up when things got fun again.

“Hey, I got an idea,” Richard said. He pitched a couple of pebbles at my face. “Let’s play Nicky Nicky Nine Doors!”

I was lying on the dry crunchy grass, trying to remember what cool felt like. I didn’t even bother to open my eyes.

I blew the pebbles off my face and said, “Nicky Nicky what?” I made sure my voice sounded bored. If the game was even half as stupid as the name, I wasn’t interested.

“Nicky Nicky Nine Doors,” he said. “You know, when you ring someone’s doorbell and then run off before they answer it.”

I rolled over on my stomach and bugged my eyes out at him.

“You mean Ding Dong Ditch? Ring and Run? That thing?”

He nodded at me like “Won’t that be great?”

What was he, six years old or something? That game was so pathetic.

“Why would you want to do that?” I said.

He flicked a pebble off his knee and nailed me right in the forehead. It was little, but it hurt. “Got anything better to do?” he said.