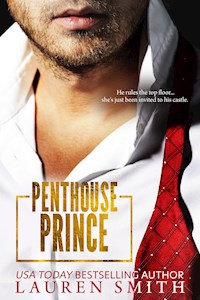 A fun new billionaire romance from USA TODAY bestselling author Lauren Smith that will leave you laughing and aching for more.

Enter Beckham Ellicott: hot, rich, and the worst neighbor ever.

His playboy ways with a never-ending line of companions should be an instant turn off for shy Poppy Ashford, but she can’t help but be curious. Ok, mildly interested. Ok, maybe interested but also completely annoyed from her much quieter apartment beneath his lavish penthouse.

Until one night he shows up at her door completely naked with nothing but a dishtowel to cover his… well, you know.

Can the inexperienced new lawyer survive the flirtatious real estate mogul? Or will one night of seduction erode the walls they’ve both worked hard to build?

*Note this a short story of 6,000 words with a happy ending. 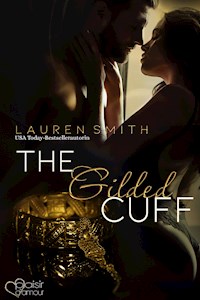 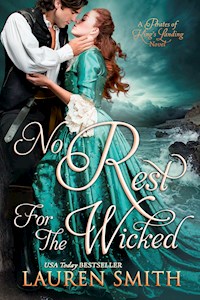 No Rest for the Wicked
Lauren Smith 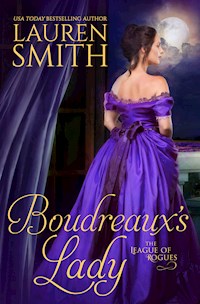 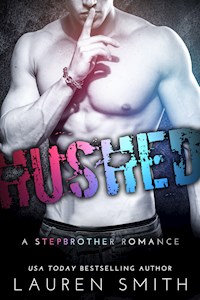 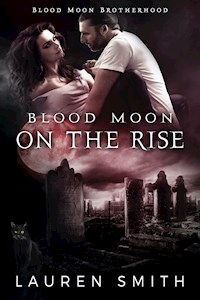 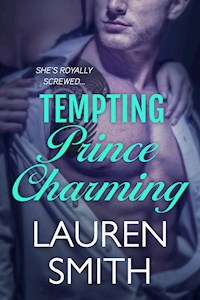 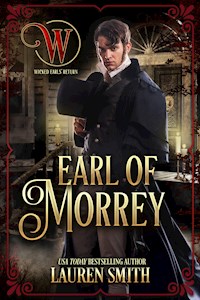 The Earl of Morrey
Lauren Smith 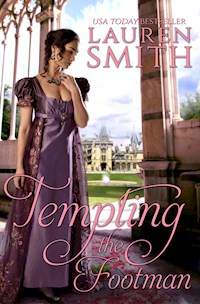 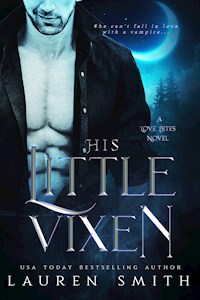 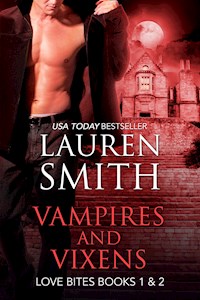 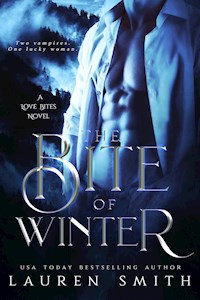 The Bite of Winter
Lauren Smith 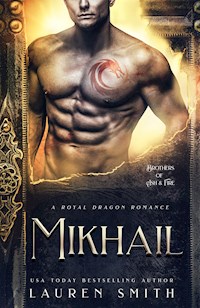 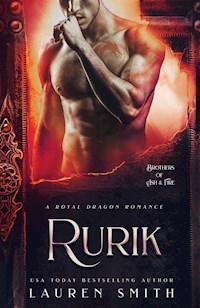 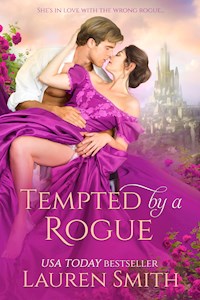 Tempted By A Rogue
Lauren Smith 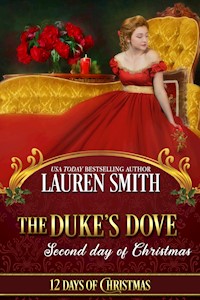 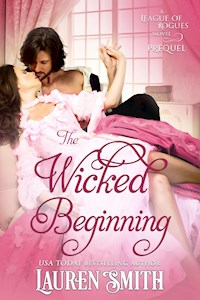 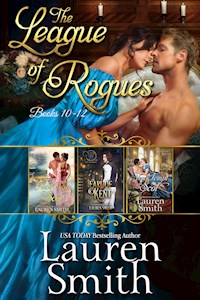 The League of Rogues
Lauren Smith 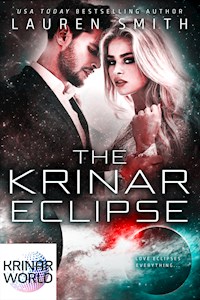 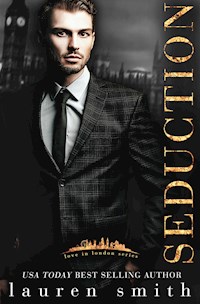 Other Titles By Lauren Smith

This book is a work of fiction. Names, characters, places, and incidents are the product of the author’s imagination or are used fictitiously. Any resemblance to actual events, locales, or persons, living or dead, is coincidental.

All rights reserved. In accordance with the U.S. Copyright Act of 1976, the scanning, uploading, and electronic sharing of any part of this book without the permission of the publisher constitutes unlawful piracy and theft of the author’s intellectual property. If you would like to use material from the book (other than for review purposes), prior written permission must be obtained by contacting the publisher at [email protected] Thank you for your support of the author’s rights.

The publisher is not responsible for websites (or their content) that are not owned by the publisher.

Poppy Ashford scowled darkly at the ceiling of her apartment when she heard moaning and thumping. She had moved in two months ago, and nearly every night she heard distinctive sexual sounds from the penthouse above her that left little doubt as to what was going on up there. The women in that apartment came and went in revolving-door fashion, but the man—some hotshot real estate developer—was the one who actually lived there.

Artie, the front desk security guard, called him the Penthouse Prince, somewhat sarcastically, but Poppy figured it had to be because his apartment took up the entire top floor of the building. It had to be a palace.

At another cry of passion from above, Poppy retrieved her broom, climbed onto her couch, and smacked the broomstick into the ceiling.

A second later, the sounds stopped.

“Thank God.” Poppy sank onto the couch and glanced at the clock.

It was ten p.m. She had been working late on a project for her company, Chesney & Dalton, a boutique law firm in downtown Chicago. She’d gotten the job a few months ago, and they had paid for her to move from Missouri to Chicago to live in this stunning apartment, which occupied half of the floor below the penthouse of this expensive apartment building. The other half of her floor housed a yoga studio. It was an amazing place to live, aside from her upstairs neighbor and his sexcapades.

She rubbed her eyes, exhausted from hours of staring at her laptop while she read through discovery documents. Even though it was a Friday night, she had a long weekend ahead of her.

A sudden rush of sounds upstairs made her groan. Shouting, but this time not the amorous kind, started in the apartment above. There was a crash and heavy, running steps. A slamming door and then silence. Poppy tilted her head, straining to hear.

Knocking, then silence, then slow steps down the small stairwell that led to her floor. Poppy jumped when someone knocked on her apartment door.

“Who is it?” she called from her couch, but she had a feeling she knew who was there.

The Penthouse Prince himself.

Poppy got to her feet, and with a nervous breath, she opened the door. It took everything in her for her eyes to not pop out of her head at the sight before her.

A tall, entirely naked man stood in front of her, clutching a dish towel over his groin, blocking the view of that part of him. Everything else—every rippling muscle, his cut abdomen, the V-shaped muscles leading down to the dish towel—was in full glorious view.

“Hi,” a husky voice greeted her. “Sorry to bother you so late. Can I use your phone?”

“Uh . . . yeah. Right.” Poppy stepped back, her brain doing a strange fizzling thing it had never done before as he stepped into her apartment. She stared fixedly at his face, the perfect hard angles of his straight nose and chiseled jaw. He had the darkest eyes, almost black, and his hair was a rich chocolate brown. He flashed her a surprisingly bashful grin.

“My date and I had a bit of a disagreement.” He chuckled, but his cheekbones flushed with a hint of color. Could a playboy blush?

Poppy handed him her phone.

“Hey, Artie, my man! How are you?” he asked and winked at Poppy playfully. A bolt of arousal went straight through her. The man was electric. No wonder her ceiling thumped nearly every night.

“Do you mind coming and unlocking my door again? Thanks, man.” The Penthouse Prince hung up and returned her phone.

“Thanks, sugar. I owe you.” He reached out his free hand. “I’m Beckham Ellicott.”

“Poppy Ashford.” She shook his hand and watched as he backed out of her apartment, still grinning, before he went back up the stairs to wait for Artie.

Beckham Ellicott. She shook her head and tried not to laugh. He looked like a young David Beckham, minus the tattoos.

Now she had a face and a body to picture when she heard sounds from above. God help her when she had work to do, and all she would think about was him.

The next night, Poppy didn’t think twice about answering her door when she heard a knock, even though she was wearing her comfortable loungewear and had no makeup on her face. She also didn’t expect to see Beckham at her door. Fully dressed, with a pizza in one hand and a bottle of wine in the other.

“Uh . . .” God, she was having trouble talking. How did he manage to short-circuit her brain?

“No plans? Excellent.” He stepped inside and glanced around, finding the kitchen and setting the pizza and wine on her table. “I have to thank you for last night. Artie let me in.”

“And your date?” Poppy finally found her voice.

“We decided the evening was over. She thought we were going to be more serious,” Beckham answered carefully.

“Wow, so you are that guy,” Poppy said with a snort.

“I am.” He didn’t even apologize. “But not tonight. Tonight, I owe you pizza and wine, sugar.”

“Of course. Scout’s honor.” He performed a Boy Scout salute with a boyish grin that should not have been sexy, but damn, it was. She grabbed two wineglasses and a bottle opener, and her eyes widened as she noted the red wine was a Château Margaux.

“Oh my God, is that . . .” She was afraid to even touch the wine now. That bottle had to have cost five grand.

“Yeah, a nice vintage. 2002.” Beckham poured her a glass, and she accepted it with a shaky hand.

“Plates?” he asked as he brushed by her in the kitchen. She pointed, and one of his hands lightly and oh-so-innocently gripped her hip to hold her still as he passed her to open the cabinet. Heat flared in her lower belly as he reached around her to pull the pizza box toward him. He seemed completely unaware of his effect on her. He had to know, though, right? He had to know what his effect on women was. He offered her a plate. It was sausage pizza.

“No, this is fine.” She did actually like sausage.

“Great. You’re not one of those no-eating-on-the-couch types, are you?”

“No, we can eat there,” she replied as he headed straight for her leather couch. It wasn’t a new couch, but it was her favorite place to relax. The soft leather was worn just enough not to squeak, and it was buttery soft.

Beckham sat down and placed his plate and glass on the coffee table before he reached for the remote. Typical man, she thought.

“So, what are we watching?” he asked.

Poppy stared at him, torn between confusion and laughter. She hadn’t planned to watch anything, but it was Saturday night, and she was at home and didn’t technically have to work tonight.

“How about a romantic comedy?”

Beckham gave her a look and then sighed as though he carried the world on his shoulders.

“Because I owe you, I’ll suffer a dreaded rom-com, but the next time, hell no.”

“What do you have against romantic comedies?” Poppy asked as she joined him on the couch. He looked too sexy in those blue jeans, which were hugging him ever so tightly, and his faded NASA T-shirt and Converse shoes. God, he was hot. She prayed she’d never see him in a suit—it might just kill her.

“Seriously? They’re written by men. They don’t have realistic plots. They’re silly. None of the women I’ve ever met in real life are that stupid.” He took a bite of his pizza and slung an arm over the back of the couch behind her, not touching her, but resting just above her back. It was weirdly not weird, but actually kind of nice.

She hadn’t dated during law school because of the work demand, and now she was still working too hard to date. It was nice to have a guy around, though.

“Okay, so some of the movies suck, but I like to laugh.”

“Me too,” Beckham said, and his eyes crinkled slightly at the corners. This was definitely a man who liked to laugh.

As he toggled through romantic comedies, Poppy took the chance to ask him about his job.

“Artie’s spilling my secrets? Good to know.” Beckham chuckled and raked a hand through his dark hair. It was longer than most men wore theirs, but a perfect length for a woman to run her fingers through.

Stop thinking about that. You’re not going to touch him or his hair, no matter how silky it looks.

“Exactly.” He pointed his pizza at her with a playful smirk, then nodded at the TV. “How about this one?”

“9 to 5? With Dolly Parton?” She hadn’t seen that movie in years. “That’s not a traditional rom-com.”

“No, it’s better, and the women in it are real, not some silly Hollywood misrepresentations.”

“Wow. You either have a thing for Dolly Parton or you must really hate romantic comedies.”

Beckham laughed, the sound a rich timbre that made her toes curl. “I think every hot-blooded man appreciates Dolly Parton, both for her genuine niceness and her amazing rack. I was raised by a working mom, and she kicked ass. This movie always reminds me of her.”

Over the next hour and a half, she laughed so hard she almost cried.

And they polished off the entire bottle of wine between them.