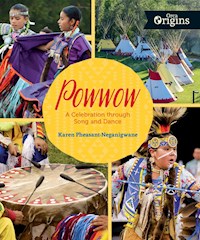 Powwow is a celebration of Indigenous song and dance. Journey through the history of Powwow culture in North America, from its origins to the thriving Powwow culture of today. As a lifelong competitive Powwow dancer, Karen Pheasant-Neganigwane is a guide to the protocols, regalia, songs, dances and even food you can find at powwows from coast to coast, as well as the important role they play in Indigenous culture and reconciliation. 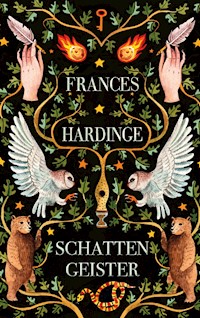 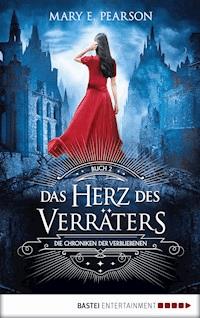 Everything in the universe has a rhythm, everything dances.

Library of Congress Control Number: 2019947369Simultaneously published in Canada and the United States in 2020

Summary: Part of the nonfiction Orca Origins series for middle readers. Illustrated with photographs, Powwow is a guide to the dance, music and culture of this Indigenous celebration.

The authors and publisher have made every effort to ensure that the information in this book was correct at the time of publication. The authors and publisher do not assume any liability for any loss, damage or disruption caused by errors or omissions. Every effort has been made to trace copyright holders and to obtain their permission for the use of copyright material. The publisher apologizes for any errors or omissions and would be grateful if notified of any corrections that should be incorporated in future reprints or editions of this book.

Printed and bound in China.

To the Eighth Fire, and to those who work to build understanding that will move us toward peace, harmony and healing.

The Indian Act and the Pass System

What Is Powwow Culture?

Powwows from Coast to Coast

A Final Word from the Author

My grandson Olin Osawamick (Anishinaabe/Nehiyaw) is a Grass dancer who’s been dancing since he could walk. Brad Callihoo

My home on the Wiikwemkoong reserve sits in a field of wild strawberries. Strawberries are very important to me.

When I was a little girl, my family spent the summer holidays at my grandparents’ home in northern Ontario. They lived on a farm in Wiikwemkoong, a First Nation on Manitoulin Island, far from the city where we lived. The farm was on a reserve, and my cousins, aunties and uncles lived there too.

Both of my parents had been sent to an Indian residential school, so they knew the hardships and trauma caused by it. They thought we would get a better education if we left the reserve so we could go to public school. We were the first generation to live away from our home reserve.

My cousins on the reserve had to chop wood for the woodstove to keep their home warm and haul pails of water in order to bathe. In our home in Toronto, Ontario, besides being able to flip a switch to get heat or turn a tap to get running water, we also had a television. Saturday morning cartoons made us laugh, but when the cowboy and Indian movies came on, I felt sad. The tv Indians did not look or talk anything like my relatives on the reserve. My grandma did not know how to speak English. My cousins spoke in Anishinaabemowin most of the time, not English. The Hollywood version of Indians also caused a lot of teasing and bullying by other kids in our city neighborhood. Life as the lone “Indian” family in the neighborhood was painful.

The good thing about television was that it gave me a window into dance. When I watched Hollywood dance musicals, I could leave my troubled reality and escape to another place. The most famous dancing couple at the time was Fred Astaire and Ginger Rogers. They would float across the floor, their graceful, fluid movement holding me in awe and taking me to a magical place. In the privacy of my bedroom I would imitate their dance and try to find that enchanted space for myself. Then I would swoop, swirl and twirl up and down our narrow hallway.

No matter how engaging their dips and swirls were, though, their dance was worlds apart from what I knew.

My granddaughter Kallan Pheasant–Neganigwane (Anishinaabe) is a Traditional dancer.

As soon as school was finished in June, we would start to get ready for the day-long drive north. The excitement of being home with my grandparents and other relatives would keep me awake the night before we left. There was also my grandma’s soup and homemade pies to look forward to—and there was the powwow.

Hearing the drums and the power of the songs at the powwow, and being with so many other First Nations people, was incredibly exciting. I urged my mom and auntie to make me a “powwow dress” so I could dance too. It was as if once we put on our “Indian” dance clothes, a power took over us on the dance floor. The closer I moved to the dancing spirit, the lighter my feet would become. When I was little I would get lost among the dancers, hiding from the tourists who were watching. But as I began to feel the dance spirit, I would forget about the tourists. Those joyful dance moments were breathtaking. They were also an escape from the harsh realities of being Indigenous in the city where we lived. It wasn’t dance as I had experienced it watching Fred and Ginger from afar on the television screen. It was a time of celebration and acceptance of identity, if only for a moment.

My grandparents Mary Jane Pangowish and Alfred Mishibinijima in 1976. My Mishomis (grandfather) is holding my daughter, Sophie. Her dad, Junior Pheasant, is behind them.

My granddaughter Francesca Pheasant (Anishinaabe) is a Fancy Shawl dancer. She’s wearing beadwork that I designed and created for her.

Even after everything they had been through at Indian residential school, my mom and dad had instilled in us pride in being Indigenous, in being Anishinaabe. It wasn’t easy living off the reserve, though, with our brown skin. I felt sad when I was teased and bullied for being “Indian.” We just did what we were supposed to do—work or go to school—and kept silent. But when we went home to the reserve for the summer, I would get to dance, play and just be myself, without keeping silent. Powwow time was the time to celebrate our identity. Being around powwow dance always made me feel beautiful.

Later, when I was a teenager, powwow dance began to mean something different for me. Through the American Indian Movement, with its songs, headbands and political marches, dance became an expression of political power. Reading Dee Brown’s book Bury My Heart at Wounded Knee, about the history of Indians in the American West, made me feel both sorrow and an immense pride in the fact that Indian people were still around—that we still had our songs, our dances and some of our ceremonies.

Children in the Shawl Dance in the late 1970s.

It was also around this time, in the early 1970s, that my parents took me to my first large powwow away from Manitoulin Island. It was at Mount McKay, south of Thunder Bay, Ontario. The powwow grounds there were outdoors, with campsites all around the dance area. The camp and dance areas both had a kind of magnetism—full of laughter, visiting and big pots of simmering stew. As I grew older and became a seasoned dancer, I came to realize the value and importance of the camp life, too, and how it kept our culture strong.

In 1982 my sister and I went with our young children to the largest powwow in Canada, the World Assembly of First Nations, north of Regina, Saskatchewan. It was my first powwow outside of the Great Lakes region. I was awed, not only by the hundreds of dancers, the power of the songs, the breathtaking dance arena and the huge campsite with majestic family tipis that encircled it, but also by the spirit that was present everywhere. At the end of the first day of the powwow, amid the evening songs and conversations, I knew I had found my true place as a dancer.

The Saturday afternoon grand entry, Kainai Indian Days, Stand Off, Alberta. That’s me on the left, in my jingle dress.

Children are introduced to the dance arena at a very young age. Tamia is the daughter of Alexis and Nugget Bull Bear (Siksika, Blackfoot).