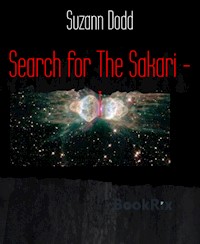 Search for The Sakari - I E-Book

Sharon, admonished to hide where she can't be found.  Now, they search for her.  Is she hiding because she does not know the danger has passed?  Or is she hiding to escape ZerShaz society? 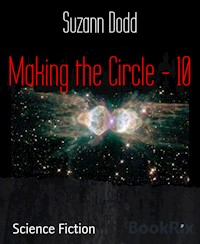 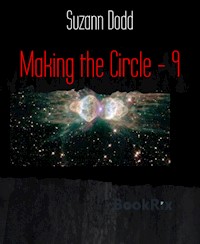 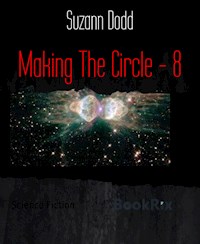 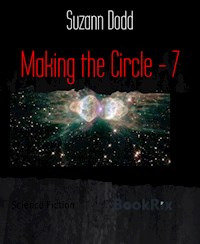 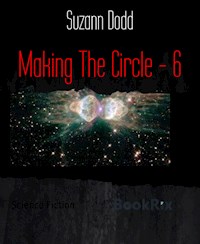 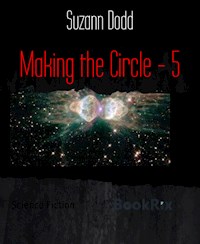 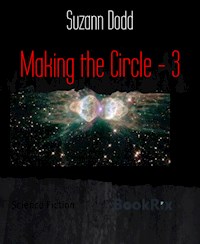 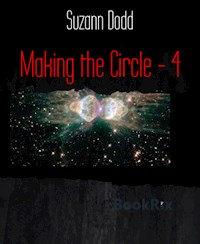 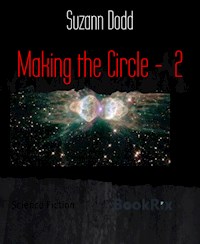 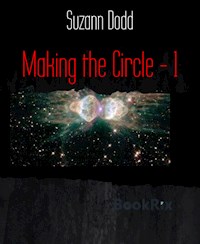 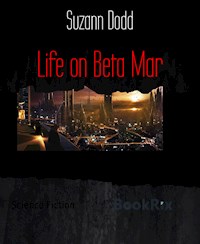 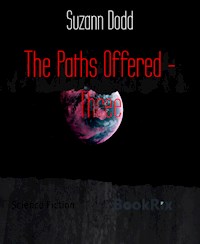 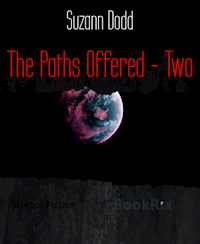 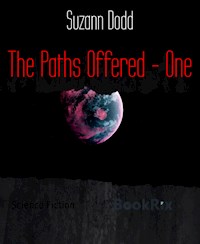 The Paths Offered - One
Suzann Dodd 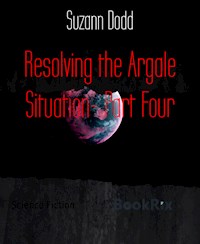 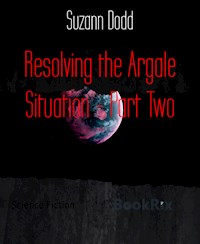 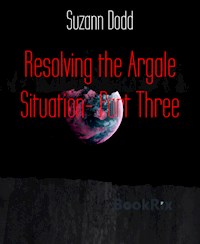 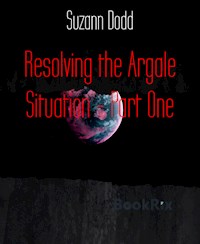 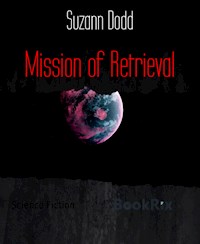 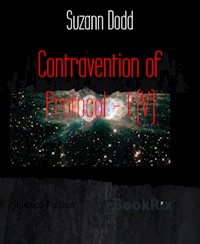 Search for The Sakari - I

If ever a person unsuited to the task it was me and this task. I was a shy provincial woman, a veterinarian, who administrated the Engrevi Zoological Sanctuary on Shalimar. My world was that huge sanctuary where animals in danger of extinction on Earth had been brought and those which had gone extinct were recreated.

It was a position few desired.

The Engrevi was remote and with no diversions. Students came and went, zoologists visited, and the few ground keepers constantly changed.

It was anomalous that those in my life would connect me to the most powerful entity in the galaxy and entrust me with this 'mission.'

It was only a few months since the complete defeat of the Terran Space Fleet and capture of all human planets by the ZerShaz.  For those on Shalimar, it was our second invasion. The first happened over two decades ago.

I remember that first Invasion.

I had been looking over reports when I felt, rather than heard the sound. I thought thunder, than groundquake. I came from office to see students running from the hosptal, from the dorm, jumping on the various buses and racing off.

It made no sense to me, and my first thought was for my little daughter, Jilly. She had said she was going to the barn, a wooden building where there were horses we rode for exercise and a litter of puppies I had given to her.

I hoped Jilly was not as terrified as the students as I hurried towards the barn. That is when I saw Them. I saw Them enter the barn knowing my little girl inside!

Terrified, I ran, and as I came to the enterance I saw Them and froze.

They were petting the horses, looking at Jilly's puppies, so amiable they could not be the Zerks whom I was taught were less than savages.

I held, wrapped in the rags of my terror, and called little Jill. She answered, quite the young lady; "I'm showing them my puppies, Mommy."

While I stood, pinioned at the entry, a Zesha who stooped beside my daughter, met my eyes. For a few seconds I was caught in those hawklike eyes, before they returned to the puppies, which frolicked about his boots, and so tenderly, he stroked them.

In a few months that young ZeSha, uReglimi, an oRain, (equivalent to a Lieutenant) and I had, in their language, 'mated'.

I was a married woman, my husband, Hugo, absent, gone to fight wars on other planets. Alive or dead, I didn't know.

I, who had never done an act controversial or morally wrong, a practicing Catholic, was in a relationship with a non-human I called Reggie.

He lived with me in my large house, was a father to Jill and the baby I bore him. Then, he was recalled. The Zershaz Cosmic Forces were retreating from Shalimar.

For twenty five years I explained the existence of our daughter, Steffie, as the product of a rape. A rape by a monster.  My irreproachable past gowned my lie in authenticity, for if ever a woman would be expected to uphold the status quo, it would be I.

I lied until I believed it.  Until my husband returned. I could not lie to Hugo.

He remained a month, then departed for Earth, subsequently sending for Jill. The official explanation concerned her education and the unpleasant occurrences during the Invasion.

That was not true. Jill loved Reggie, more than she loved her own father.

Jill, to ensure her future and finance her studies, joined the Terran Space Fleet. She graduated, was commissioned, and posted aboard our Class 10 warships.  There was no war at the time, so it was less stressful than an emergency room in a city.

Steffie never left my side.

Although she built her own house some distance away to avoid confrontation with students, zoologists, ground keepers and other visitors, she was with me all her life.

I never expected to see Reggie again nor did Steffie. Yet, a few months ago, without announcement, a ZCF ship, an erssavi, landed in the Preserve.

I stared in surprise, shaking my head, as if an illusion, until Reggie was before me.  I stood, my hands clapped over my face, tears exploding, "Reggie?" I exclaimed. He smiled, took me in his arms.

Then he saw his daughter.

Later, after a family meal, and much emotion on all sides, he explained to us that the ZerShaz had defeated all Terran forces and taken control of all planets.  From his information the war was unbelievably brief. The ZerShaz appeared, destroyed human forces in space, military bases on planets. And that was the end of war. Humans defeated, locked on the five planets they populated and absorbed by the ZerShaz empire.

It washed over me as if it were some sporting event I didn't follow. I was focused on my family.

As time passed I began to onder about human life on other worlds, Earth, Xenos III, Beta Mar and Seponi but not with much focus.

Reggie told me that all humans were removed from Seponi, brought to this planet, integrated into society.

It seemed only a few days later he reported that due to a plague on Xenos III all humans were to be transported to Earth.

It was not long after that revelation he told me Earth ionised its atmosphere, the refugees could not be landed and were taken to the Zee planet of KeyTash.

Subsequently he informed that the planet of Zechia had been given to The Sakari.

The Sakari was a legendary heroine hailed as a goddess. I thought it was a gesture but learned that a person, a woman, a human woman, alive today, was hailed by his people as the Sakari.

I puzzled it a bit, but more interested in my life, my daughter's life, the Preserve continuing without disruption.

That is when Jill arrived with a baby. It was not her child. It was the child of Sharon, who is hailed as the 'Sakari'.

Jill despised her, (because she was in love with eDapktchoy, Sharon's husband), Reggie was in awe of her, certain she was this goddess.

For some unknown reason, this Sharon had left Zechia, travelled secretly to Beta Mar, (which was the only other human occupied planet besides Shalimar) and somehow my daughter was contacted, arrived, took Sharon to Gestan Hospital, delivered the baby... and left the mother!

If anything happened to Sharon, there might not be a single human alive in the galaxy. That is how the ZerShaz worshipped her.

And I was to find her!

Were there no other humans who were trusted by the ZerShaz? Probably not.

Reggie journeyed with me to Beta Mar. It was the first I had been on an erssavi. It was a strange experience. ZerShaz vessels could land on a planet, and go into space. Human ships, especially one as large an erssavi, could not land on a planet.

We were in orbit when there were two arrivals. The first was a female soldier, yeKalti, a 'Sakari Shazi', one of Sharon's personal guards. She arrived with the baby.

Then, another, this one garbed in a long hooded robe; an emissary from Ki-Zershaz himself! This one commanded Reggie to immediately attend the ZerShaz homeworld.

Reggie took the baby after I prepared feeding for him, and there I was, to continue the hunt for someone I had never met, the most significant person in the galaxy; Sharon Feinstein, the Sakari.

yeKalti took us to ground with two ZeSha from the ship, and I met a human liason officer, David Scorpio.

I had some information; Reggie had told me to search records using high priority clearance. I was to query if any of the millions of citizens of Beta Mar had ever ordered tobacco or something called ganja from a dispi. As dispi's are attached to central distribution depots, it was possible.

Mr. Scorpio instantly gained high clearance, I entered the information, and received three names, three addresses on three separate islands  My 'retinue' and I went to the first address.

The house was the most magnificent I'd ever seen. It was on a private island close to a beautiful beach.

It didn't make sense to me.

What I had been told of Sharon Feinstein is that she had been an outcast, so hated by society that she had snapped. She had turned into a savage Pirate, then betrayed all she knew to the ZerShaz.

How then do I match this palace owned by her in another name to her accepted past?

If she owned this house, if she lived so well, why would she betray humans? She held more value than 99% of the population.  If she had all this wasn't it more than compensation for what she 'suffered' as Sharon? Why, she need never be Sharon again! She could live here, have friends, maybe find a human man-- No.

If she loved eDapktchoy as proclaimed, that is one thing she could not do. For there is no comparison between being the wife of a ZerSha, and that of a human man.

I and the retinue stood on powdery sand before this 'Dena' house as the Zees were calling it, gaping. A Foxima began yapping, racing towards us as if it would attack. I saw a ZeSha draw his weapon and shouted; "No! Don't! That is the Sakari's pet!"

The ZeSha held, and I approached the animal speaking softly asking; "Where is your Mommy?"

The animal cried a little and I said, "Is your Mommy in the house?"

The Foxima made negative sounds. I kneeled and it leapt into my arms, crying.  yeKalti, after observing this 'event' ordered us to wait, she alone would enter the house. There was a level of protocol to be maintained, for Sharon was, in their world, a goddess.

Unlike myself, who had cried rape, (after the retreat of the ZCF) and bought continued membership in my society, Sharon had not.  She never said eDapktchoy raped her. The poor thing had never been told. No one had cared enough to explain that they were non-humans and it was an extreme perversion for a saps, a human, to love one of them.

She never knew to say he raped her. Instead she allowed society to condemn her, call her Zershy whore. One, as myself, who would have willingly befriended her, hadn't known she existed.

I had only learned of Sharon a few months ago, through Jill, who had been in the TSF. Jill who had met her, and hated her, but loved eDapktchoy.

I was not surprised, the Foxima had told me, but I wouldn't tempt ridicule.

I took the Foxima with me to the flyer saying that the animal could be of use in finding the Sakari, which was obvious.