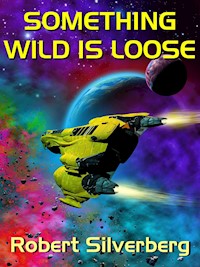 Something Wild Is Loose E-Book

When Ben Bova sold his original original science fiction anthology The Many Worlds of Science Fiction in 1969, he invited Robert Silverberg to contribute to it. Silverberg penned "Something Wild Is Loose" in the final weeks of 1969, just after completing his psychedelic SF novel Son of Man. 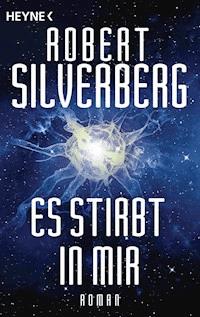 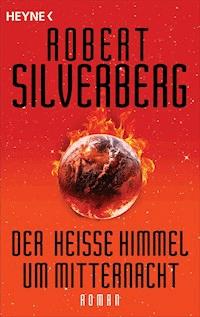 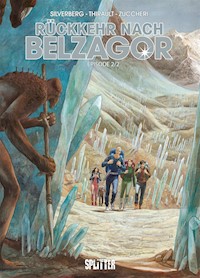 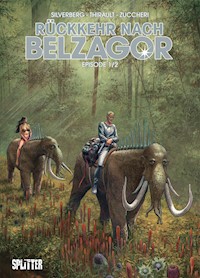 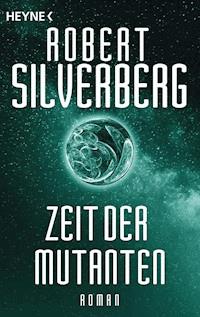 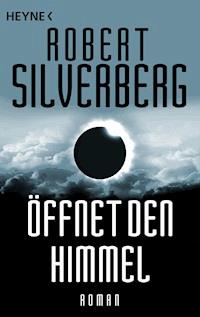 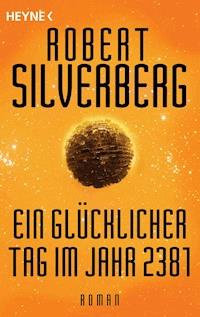 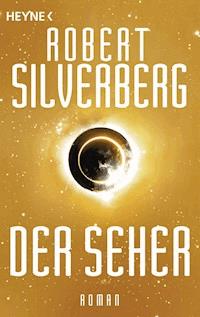 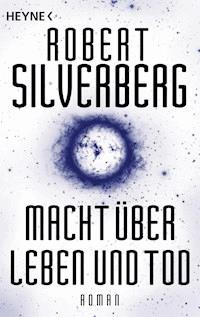 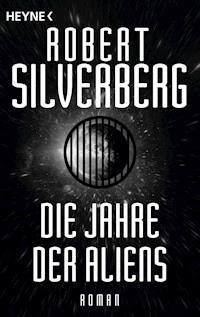 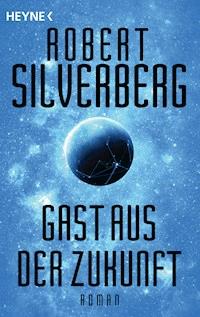 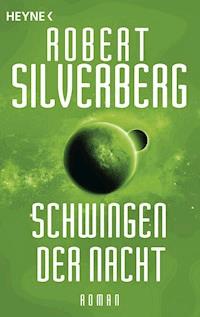 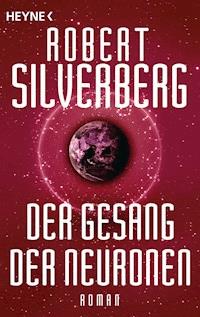 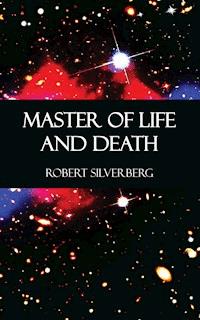 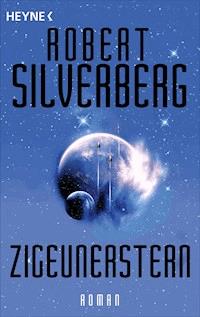 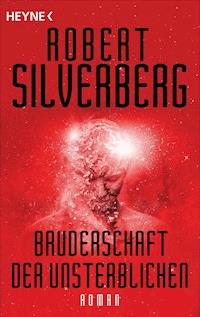 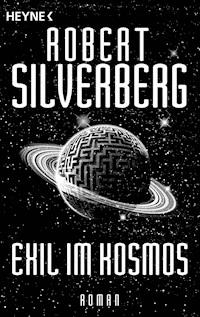 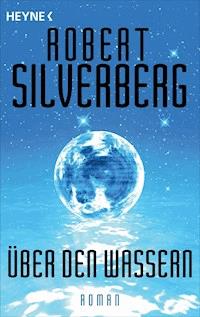 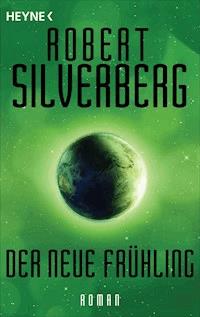 SOMETHING WILD IS LOOSE

Originally published in The Many Worlds of Science Fiction, edited by Ben Bova.

By the late months of 1969, I had shaken off most of the fatigue that the various stresses of the fire that wrecked my house in New York City in February, 1968 had caused, and was hitting my full stride as a writer—pouring forth novel after novel, Downward to the Earth and Tower of Glass and Son of Man all in 1969, The World Inside and A Time of Changes and The Second Trip in 1970 (along with a huge non-fiction work exploring the origins of the Prester John myth.) My production of short stories diminished drastically as I concentrated on these demanding books.

But I could be cajoled to do one occasionally. My friend Ben Bova had joined the swiftly growing roster of original-anthology editors with a book that was to be called The Many Worlds of Science Fiction, and he insisted that my presence on the contents page was obligatory. Well, so be it: in the final weeks of 1969, just after coming up out of the psychedelic frenzies of Son of Man, I wrote the relatively conservative (for that era) “Something Wild is Loose” for Ben’s anthology.

I’ve been waiting ever since for someone to make a movie out of it.

SOMETHING WILD IS LOOSE

The Vsiir got aboard the Earthbound ship by accident. It had absolutely no plans for taking a holiday on a wet, grimy planet like Earth. But it was in its metamorphic phase, undergoing the period of undisciplined change that began as winter came on, and it had shifted so far up-spectrum that Earthborn eyes couldn’t see it. Oh, a really skilled observer might notice a slippery little purple flicker once in a while, a kind of snore, as the Vsiir momentarily dropped down out of the ultraviolet; but he’d have to know where to look, and when. The crewman who was respon­sible for putting the Vsiir on the ship never even considered the possi­bility that there might be something invisible sleeping atop one of the crates of cargo being hoisted into the ship’s hold. He simply went down the row, slapping a floater-node on each crate and sending it gliding up the gravity wall toward the open hatch. The fifth crate to go inside was the one on which the Vsiir had decided to take its nap. The spaceman didn’t know that he had inadvertently given an alien organism a free ride to Earth. The Vsiir didn’t know it, either, until the hatch was scaled and an oxygen-nitrogen atmosphere began to hiss from the vents. The Vsiir did not happen to breathe those gases, but, because it was in its time of metamorphosis, it was able to adapt itself quickly and nicely to the sour, prickly vapors seeping into its metabolic cells. The next step was to fash­ion a set of full-spectrum scanners and learn something about its sur­roundings. Within a few minutes, the Vsiir was aware—

—that it was in a large, dark place that held a great many boxes containing various mineral and vegetable products of its world, mainly branches of the greenfire tree but also some other things of no compre­hensible value to a Vsiir—

—that a double wall of curved metal enclosed this place—

—that just beyond this wall was a null-atmosphere zone, such as is found between one planet and another—

—that this entire closed system was undergoing acceleration— —that this therefore was a spaceship, heading rapidly away from the world of Vsiirs and in fact already some ten planetary diameters dis­tant, with the gap growing alarmingly moment by moment—

—that it would be impossible, even for a Vsiir in metamorphosis, to escape from the spaceship at this point—

—and that, unless it could persuade the crew of the ship to halt and go back, it would be compelled to undertake a long and dreary voyage to a strange and probably loathsome world, where life would at best be highly inconvenient, and might present great dangers. It would find itself cut off painfully from the rhythm of its own civilization. It would miss the Festival of Changing. It would miss the Holy Eclipse. It would not be able to take part in next spring’s Rising of the Sea. It would suffer in a thousand ways.

There were six human beings aboard the ship. Extending its percep- tors, the Vsiir tried to reach their minds. Though humans had been com­ing to its planet for many years, it had never bothered making contact with them before; but it had never been in this much trouble before, either. It sent a foggy tendril of thought, roving the corridors, looking for traces of human intelligence. Here? A glow of electrical activity within a sphere of bone: a mind, a mind! A busy mind. But surrounded by a wall, apparently; the Vsiir rammed up against it and was thrust back. That was startling and disturbing. What kind of beings were these, whose minds were closed to ordinary contact? The Vsiir went on, hunting through the ship. Another mind: again closed. Another. Another. The Vsiir felt panic rising. Its mantle fluttered; its energy radiations dropped far down into the visible spectrum, then shot nervously toward much shorter waves. Even its physical form experienced a series of quick involuntary meta­morphoses, to the Vsiir’s intense embarrassment. It did not get control of its body until it had passed from spherical to cubical to chaotic, and had become a gridwork of fibrous threads held together only by a pulsing strand of ego. Fiercely it forced itself back to the spherical form and resumed its search of the ship, dismally realizing that by this time its native world was half a stellar unit away. It was without hope now, but it continued to probe the minds of the crew, if only for the sake of thor­oughness. Even if it made contact, though, how could it communicate the nature of its plight, and even if it communicated, why would the humans be disposed to help it? Yet it went on through the ship. And—

Here: an open mind. No wall at all. A miracle! The Vsiir rushed into close contact, overcome with joy and surprise, pouring out its predicament. Please listen. Unfortunate nonhuman organism accidentally transported into this vessel during loading of cargo. Metabolically and psychologically unsuited for prolonged life on Earth. Begs pardon for inconvenience, wishes prompt return to home planet recently left, regrets disturbance in shipping schedule but hopes that this large favor will not prove impossible to grant. Do you comprehend my sending? Unfortunate nonhuman organism acci­dentally transported—