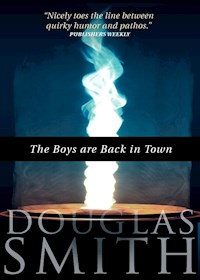 The Boys Are Back In Town E-Book

Paulo and Dino run a quiet little bar in Toronto, happily retired from their former gig of being immortal gods on Olympus…and Asgard…and… Well, let’s just say they’ve been around.

But their peaceful retirement ends when Pop drops in. And the Father of the Gods has brought company. Unwanted company.
Urban fantasy, adventure, humour (short story)

"The Zelazny-inspired 'The Boys Are Back In Town' nicely toes the line between quirky humor and pathos." —Publishers Weekly

"A partly funny, partly dark story … I enjoyed this one a lot; one of the most 'pure entertainment' tales of the [Chimerascope] collection." —Fantasy Book Critic 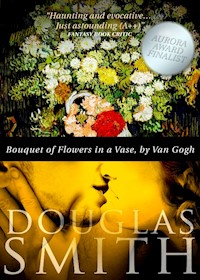 Bouquet of Flowers in a Vase, by Van Gogh
Douglas Smith 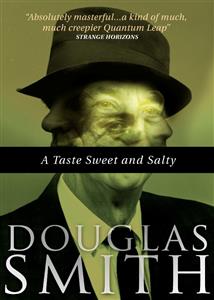 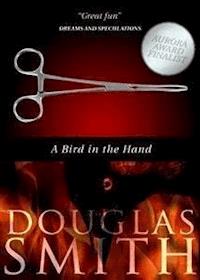 A Bird in the Hand
Douglas Smith 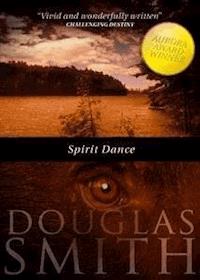 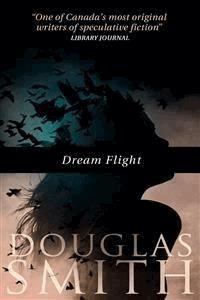 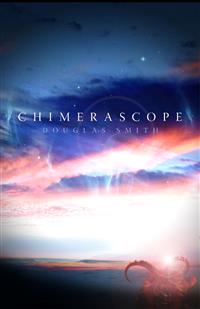 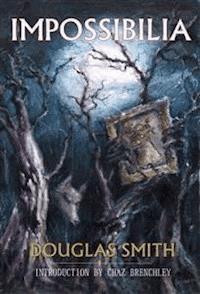 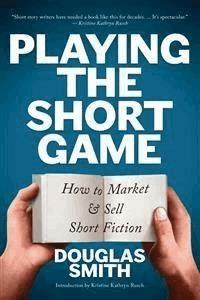 Playing the Short Game: How to Market and Sell Short Fiction
Douglas Smith 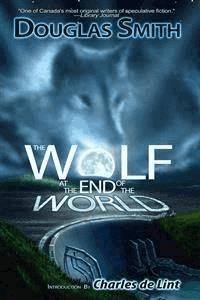 The Wolf at the End of the World
Douglas Smith 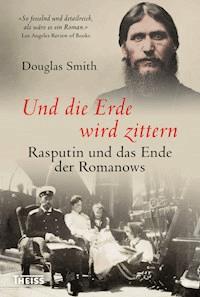 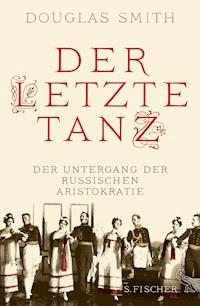 The Boys Are Back In Town

Paulo and Dino run a quiet little bar in Toronto, happily retired from their former gig of being immortal gods on Olympus…and Asgard…and… Well, let’s just say they’ve been around. But their peaceful retirement ends when Pop drops in. And the Father of the Gods has brought company. Unwanted company.

“The Zelazny-inspired ‘The Boys Are Back in Town’ nicely toes the line between quirky humor and pathos.”

“A partly funny, partly dark story … I enjoyed this one a lot; one of the most ‘pure entertainment’ tales of the [Chimerascope] collection.”

THE BOYS ARE BACK IN TOWN

Other Works by Douglas Smith

The Wolf At The End Of The World

Playing the Short Game: How to Market & Sell Short Fiction

THE BOYS ARE BACK IN TOWN

All rights reserved by the author

This ebook is licensed for your personal enjoyment only. This ebook may not be resold or given away to other people. If you would like to share this book with other people, please purchase additional copies. If you’re reading this book and did not purchase it, or it was not purchased for your use only, then please purchase your own copy. Thank you for respecting the hard work of this author.

This is a work of fiction. All names, characters, places, and incidents are either the product of the author’s imagination, or are used fictitiously. Any resemblance to actual persons, living or dead, business establishments, events, or locales is entirely coincidental.

The Boys Are Back in Town

The shrill cry of a harpy sounded as I stepped into our tavern. A pair of them sat slumped in a booth, heads on the table, wings flapping feebly. The Sibyl plopped two drafts between them, and one harpy lifted its head briefly to emit a high-pitched “screeee!” At the bar, an elderly tourist couple and two centaurs stood sipping red liquid from tall glasses. A Tarot spread lay on the bar in front of the ample frame of Dino, my partner, and when the Sibyl returned, she began turning cards. I slipped onto a stool beside her. Dino was scowling.

He jerked his head at the harpies as he cleaned a glass. “They keep crapping on the carpet. Stinking spawn of Oceanus.”

“Take them out back. They can wait there.”

He shook his head. “They don’t like being near the gate.”

I nodded toward the tourist couple. “Any trouble?”

He shrugged huge shoulders. “Gave them a shot of ambrosia, and they’ve been fine, ’cept for complaints about the noisy college kids.” He glared at the harpies again.

I grinned. We really didn’t mind harpies, nor centaurs, fawns, or even an occasional cyclops. The humans were no trouble, either. Better credit risks, too. The real problem in running our establishment was the mix—as in mixing twentieth-century, good-credit humans with creatures that weren’t supposed to exist, let alone be buying you drinks in a quiet little tavern.

Keeping it a quiet little tavern—and not a news feature—required some special measures. An illusion spell, activated at the door, convinced humans this was all quite normal. The spell lasted until the ambrosia took hold. After that, lawyers flirted with nymphs, tourists played pinball with satyrs, and professors debated hydras. Tough bet, that last one. Hydras aren’t too bright, but just try getting a word in against multiple heads.

No reply. Conversation wasn’t her strong suit but she’d answer questions. Eventually. I was glad she was back on the Tarot. Lately she’d been into goat entrails, and that had really stained the bar.

I glanced at the clock: 7:10 in the evening. The gate would open in forty-five minutes. Then many of our non-human guests would depart the tavern and this world. Forever.

Dino caught my glance. “You weren’t in much this week.”

I shrugged. “Busy. I miss anything?”

I laughed. “Come off it. Three centuries, every night, 7:55 on the dot. Never a miss. Why would it suddenly change?”

“Maybe somebody doesn’t want to wait.”

I chuckled. “You think one of this lot can cycle the gate?”

He didn’t smile. “No. Nobody here.” The centaurs banged on the bar, calling for wine. “Hoofs off the marble, you two,” Dino roared, “or you’ll take the ferry out of here, not the gate!”

He left to pour their order while I sat musing. Nobody we knew could cycle the gate except me. Nobody on this side anyway.

The Sibyl turned a card. “Not by the ferry they come.”

“Then how?” I asked. No answer. I had a sudden urge to check out back. Sliding off the stool, I walked to a door marked Employees Only and stepped into the grove.

Located on an island in the Toronto harbour, our tavern entirely spanned a tiny finger of land, blocking access to the peninsula’s tip. Evergreens lined the shore behind us, broken only by a hidden inlet. We designed the grove to conceal.

I walked a gravel path to stone steps worn smooth over the years by a variety of shapes at the end of a variety of legs: talons and claws, hooves both cloven and uncloven, and the occasional serpentine patron with no feet at all.

I climbed the steps to an octagonal dais ten paces wide and set on mortar and stone eight feet above the grass. Blue flames burned in high recesses of the eight marble pillars that supported the domed roof. Images of gods and demons from scores of ancient religions were carved in each pillar. Carved by my hand. A conceit, but our patrons expected a bit of atmosphere.

We posted no guard. The facility was “Exit Only.” At its centre, the platform changed from grey stone to a circular ebon sheen six paces wide. It trembled like the surface of an oily pool. Colours I could never name flickered in its black depths.

I bowed. A habit, but I respected anything older than I was. I also respected the last of anything. In those ways, we were alike. Old and alone.

Once these portals pulsed throughout our world. Ages ago, I had defeated its kin, sealing them forever. This one I’d bound, quieting its raging heart to the beat of a sleeping giant. I’d regarded it a million times over not quite so many years.

Now, for the first time in a very long while, I touched it with my mind. Its pulse was slow, unchanged since our ancient struggle, to the best of my telling. I turned to leave. A tingle on the back of my neck, like the hovering of a cold hand, stopped me, and I spun around.

Still uneasy, I descended the steps and walked to the hidden inlet. The Toronto ferry was pulling out from the mainland dock, shuttling tourists and city-dwellers from the downtown heat to the cool of these islands. I scanned the harbour for our own private ferry. There. About a hundred yards out, the air above the water shimmered. Focusing on the spot, I reached with my mind. The shimmer coalesced into a huge, flat barge.

A serpent head reared at the prow, carved from wood as black as the gates of Hades, fist-sized rubies burning in each eye. The wood actually did come from the gates of Hades, but that’s another tale. Figures clustered near the front, straining to see the shore. Those would be the travellers, come to use the gate, hoping a better world for their kind lay on the other side. Our regulars, here just to drink with old friends, lazed on the deck.

On a raised platform at the stern, hand on the rudder bar, stood the ferryman. Stood as he had for more centuries than I cared to remember. Charon. His job had changed, yet stayed the same. Even after the fall of Olympus and Asgard, after the exodus of the gods, he still ferried travellers from our world to another. Not death now, but it was still a one-way trip. Or so I thought.

The barge slid onto the beach without a tremor. I watched as the Sibyl led the travellers to our rear entrance. Some were alone, most in groups, many with bundles of belongings. If they could carry it, they could take it. That was our rule.