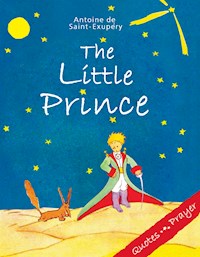 “Goodbye, said the fox. And now here is my secret, a very simple secret. It is only with the heart that one can see rightly. What is essential is invisible to the eye.”
Antoine de Saint-Exupéry, The Little Prince 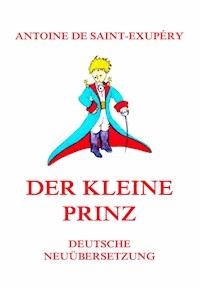 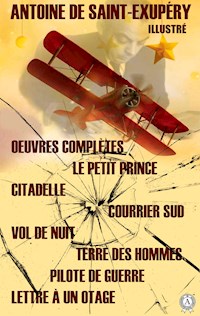 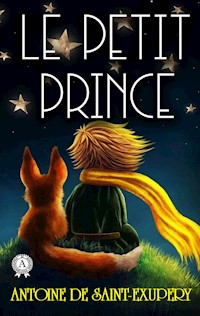 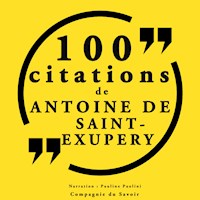 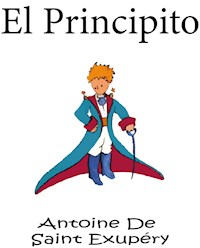 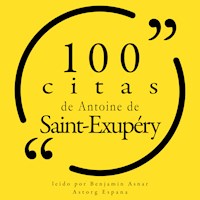 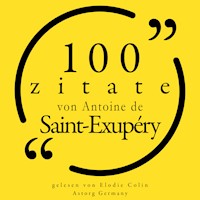 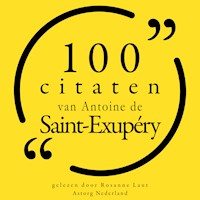 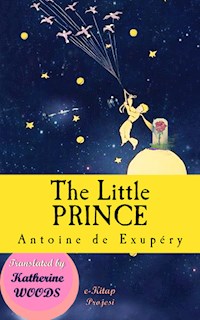 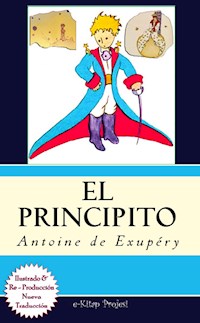 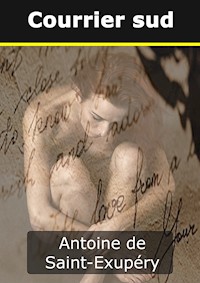 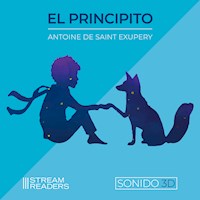 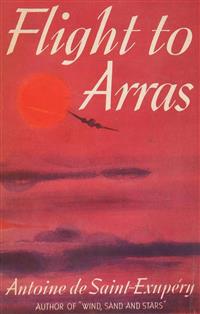 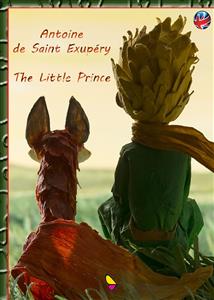 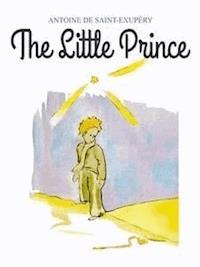 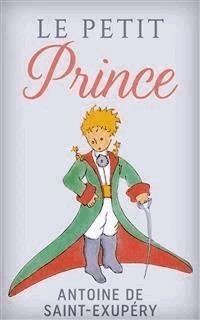 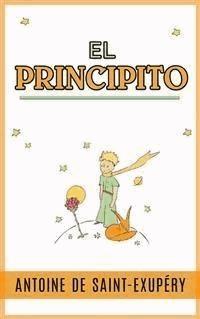 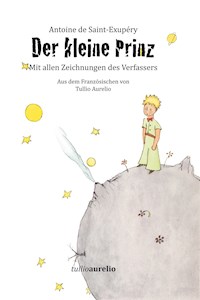 In one of his letters Antoine de Saint-Exupéry wrote once: “In eternity I will be asked how I’ve used my talent, what I’ve done for human be­ings…”

If you have read this book, perhaps that means the Little Prince has tamed you, too, that he’s become the child living in your heart, too, who helps you to repent, to purify yourself again and again. Perhaps you have revealed, too, that the spiritual ties are the strongest, that sometimes it is simply enough to take care of a flower to be happy…

In the novel of “The Little Prince”, in this cozy treasury of universal and spiritual values, we find the real beauty and truth, so simple and concealed at the same time. And we realize deep in our soul what this child’s mission was… We see a child who could make water flow in the desert, who loved and devoted himself to all with his entire soul, who understood the language of heart and who knew the spiritual things.

Saint-Exupéry carried his Little Prince with him through all his life, nev­er let him alone at any crossroads of life and lived as the Little Prince did, being ready to give his life for a friend, never placing body higher than soul, loving his homeland, remaining child in soul and dreaming, falling and flying… “The Captain of Birds” was free-minded, indeed. And he flew for the last time, made a slit into the white clouds by his airplane and hovered to the sparkling stars, to the promising unknown…

I don’t think Saint-Ex will be asked many questions in eternity: it is suf­ficient to see all the hearts he poured with warmness and reminded the art of loving…

I ask the indulgence of children for dedicating this book to a grown-up. I have a serious reason: he is my best friend. I have another reason: this grown-up understands everything, even chil­dren’s books. I have a third reason: he lives in France and it is hunger and cold there. He needs cheering up. If all these reasons are not enough, I will dedicate the book to the child who grew up to be this man. All grown-ups were once children - although few of them remember it. So, I correct my dedication:

TO LEON WERTH WHEN HE WAS A LITTLE BOY

Once when I was six I saw a magnificent picture in a book, called True Stories from Nature, about the primeval forest. It was a picture of a boa constrictor in the act of swallowing an animal.

In the book it said: “Boa constrictors swallow their prey whole, without chewing it. After that they are not able to move, and they sleep through the six months that they need for digestion.”

I pondered deeply, then, over the adventures of the jungle. And after some work with a colored pencil I succeeded in making my first drawing. My Drawing Number One looked like this:

I showed my masterpiece to the grown-ups and asked them whether the drawing frightened them.

But they answered: “Frighten? Why should anyone be frightened by a hat?”

The grown-ups’ response, this time, was to advise me to lay aside my drawings of boa constrictors, whether from the inside or the outside, and devote myself instead to geography, history, arithmetic and grammar. That is why, at the age of six, I gave up what might have been a magnificent career as a painter. I had been disheartened by the failure of my Drawing Number One and my Drawing Number Two. Grown-ups never understand anything by themselves, and it is tiresome for children to be always and forever explaining things to them.

So then I chose another profession, and learned to pilot airplanes. I have flown a little over all parts of the world; and it is true that geography has been very useful to me. At a glance I can distinguish China from Arizona. If one gets lost in the night, such knowledge is valuable.

In the course of this life I have had a great many encounters with a great many people who have been concerned with matters of consequence. I have lived a great deal among grown-ups. I have seen them intimately, close at hand. And that hasn’t much improved my opinion of them.

Whenever I met one of them who seemed to me at all clear-sighted, I tried the experiment of showing him my Drawing Number One, which I have always kept. I would try to find out, so, if this was a person of true understanding. But, whoever it was, he, or she, would always say:

Then I would never talk to that person about boa constrictors or primeval forests, or stars. I would bring myself down to his level. I would talk to him about bridge and golf, and politics, and neckties. And the grown-up would be greatly pleased to have met such a sensible man.

So I lived my life alone, without anyone that I could really talk to, until I had an accident with my plane in the Desert of Sahara, six years ago. Something was broken in my engine. And as I had with me neither a mechanic nor any passengers, I set myself to attempt the difficult repairs all alone. It was a question of life or death for me: I had scarcely enough drinking water to last a week.

The first night, then, I went to sleep on the sand, a thousand miles from any human habitation. I was more isolated than a shipwrecked sailor on a raft in the middle of the ocean. Thus you can imagine my amazement, at sunrise, when I was awakened by an odd little voice. It said:

I jumped to my feet, completely thunderstruck. I blinked my eyes hard. I looked carefully all around me. And I saw a most extraordinary small person, who stood there examining me with great seriousness. Here you may see the best portrait that, later, I was able to make of him. But my drawing is certainly very much less charming than its model.

That, however, is not my fault. The grown-ups discouraged me in my painter’s career when I was six years old, and I never learned to draw anything, except boas from the outside and boas from the inside.

Now I stared at this sudden apparition with my eyes fairly starting out of my head in astonishment. Remember, I had crashed in the desert a thousand miles from any inhabited region. And yet my little man seemed neither to be straying uncertainly among the sands, nor to be fainting from fatigue or hunger or thirst or fear. Nothing about him gave any suggestion of a child lost in the middle of the desert, a thousand miles from any human habitation. When at last I was able to speak, I said to him:

“But… what are you doing here?”

And in answer he repeated, very slowly, as if he were speaking of a matter of great consequence:

When a mystery is too overpowering, one dare not disobey. Absurd as it might seem to me, a thousand miles from any human habitation and in danger of death, I took out of my pocket a sheet of paper and my fountain-pen. But then I remembered how my studies had been concentrated on geography, history, arithmetic, and grammar, and I told the little chap (a little crossly, too) that I did not know how to draw. He answered me:

But I had never drawn a sheep. So I drew for him one of the two pictures I had drawn so often. It was that of the boa constrictor from the outside. And I was astounded to hear the little fellow greet it with,

So then I made a drawing.

He looked at it carefully, then, he said:

“No. This sheep is very sick. Make me another.”

So I made another drawing.

My friend smiled gently and indulgently.

So then I did my drawing over once more.

But it was rejected too, just like the others.

“This one is too old. I want a sheep that will live a long time.”

By this time my patience was exhausted, because I was in a hurry to start taking my engine apart. So I tossed off this drawing.

And I threw out an explanation with it.

“This is only his box. The sheep you asked for is inside.”

I was very surprised to see a light break over the face of my young judge:

“That is exactly the way I wanted it! Do you think that this sheep will have to have a great deal of grass?”

“Because where I live everything is very small...”

“There will surely be enough grass for him,” I said. “It is a very small sheep that I have given you.”

He bent his head over the drawing:

And that is how I made the acquaintance of the little prince.