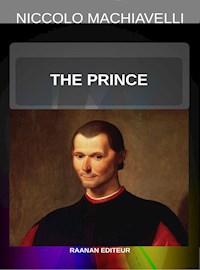 The Prince (Italian: Il Principe; Latin: De Principatibus) is a 16th-century political treatise written by Italian diplomat and political theorist Niccolò Machiavelli as an instruction guide for new princes and royals. The general theme of The Prince is of accepting that the aims of princes – such as glory and survival – can justify the use of immoral means to achieve those ends. Although The Prince was written as if it were a traditional work in the mirrors for princes style, it was generally agreed as being especially innovative. This is partly because it was written in the vernacular Italian rather than Latin. The Prince is sometimes claimed to be one of the first works of modern philosophy, especially modern political philosophy, in which the "effectual" truth is taken to be more important than any abstract ideal. It is also notable for being in direct conflict with the dominant Catholic and scholastic doctrines of the time, particularly those concerning politics and ethics.|Wikipedia| 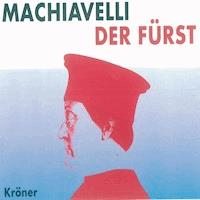 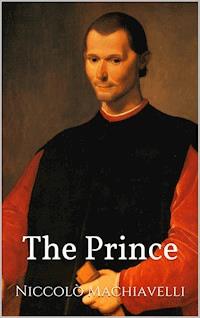 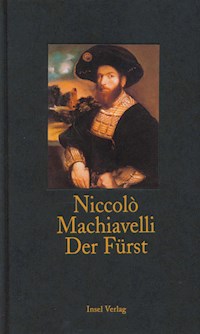 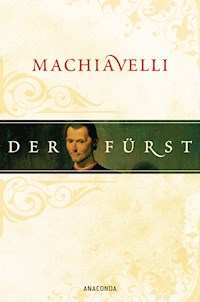 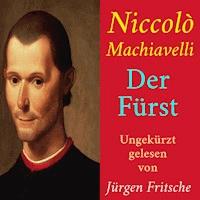 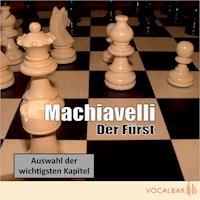 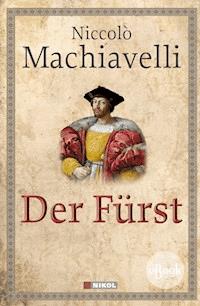 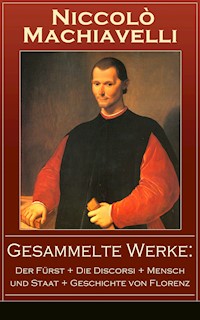 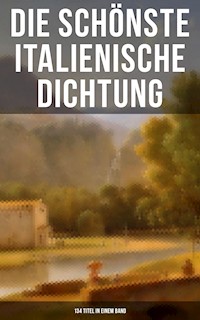 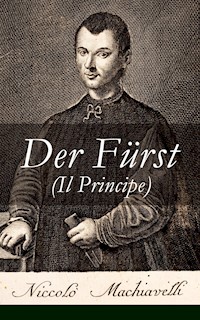 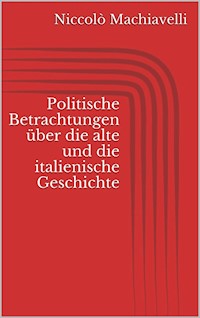 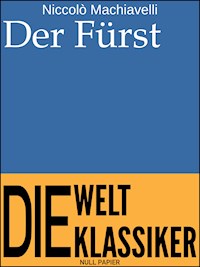 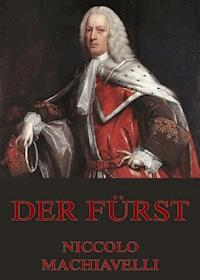 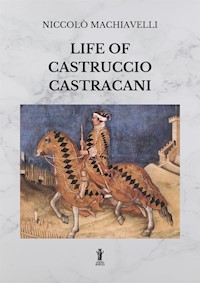 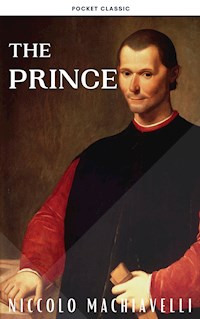 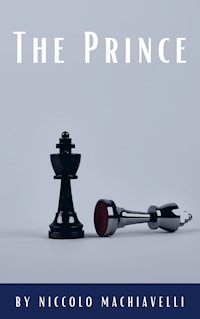 Chapter I: Of the Various Kinds of Princedom, and of the Ways in Which They Are Acquired

Chapter IV: Why the Kingdom of Darius, Conquered by Alexander, Did Not, on Alexander’s Death, Rebel Against His Successors

Chapter V: How Cities or Provinces Which Before Their Acquisition Have Lived Under Their Own Laws Are To Be Governed

Chapter VI: Of New Princedoms Which a Prince Acquires With His Own Arms and by Merit

Chapter VII: Of New Princedoms Acquired By the Aid of Others and By Good Fortune

Chapter VIII: Of Those Who By Their Crimes Come to Be Princes

Chapter IX: Of the Civil Princedom

Chapter X: How the Strength of All Princedoms Should Be Measured

Chapter XII: How Many Different Kinds of Soldiers There Are, and of Mercenaries

Chapter XIV: Of the Duty of a Prince In Respect of Military Affairs

Chapter XV: Of the Qualities In Respect of Which Men, and Most of all Princes, Are Praised or Blamed

Chapter XVI: Of Liberality and Miserliness

Chapter XVII: Of Cruelty and Clemency, and Whether It Is Better To Be Loved or Feared

Chapter XIX: That a Prince Should Seek to Escape Contempt and Hatred

Chapter XX: Whether Fortresses, and Certain Other Expedients to Which Princes Often Have Recourse, are Profitable or Hurtful

Chapter XXI: How a Prince Should Bear Himself So As to Acquire Reputation

Chapter XXII: Of the Secretaries of Princes

Chapter XXIII: That Flatterers Should Be Shunned

Chapter XXIV: Why the Princes of Italy Have Lost Their States

Chapter XXV: What Fortune Can Effect in Human Affairs, and How She May Be Withstood

Chapter XXVI: An Exhortation to Liberate Italy from the Barbarians

It is customary for such as seek a Prince's favour, to present themselves before him with those things of theirs which they themselves most value, or in which they perceive him chiefly to delight. Accordingly, we often see horses, armour, cloth of gold, precious stones, and the like costly gifts, offered to Princes as worthy of their greatness. Desiring in like manner to approach your Magnificence with some token of my devotion, I have found among my possessions none that I so much prize and esteem as a knowledge of the actions of great men, acquired in the course of a long experience of modern affairs and a continual study of antiquity. Which knowledge most carefully and patiently pondered over and sifted by me, and now reduced into this little book, I send to your Magnificence. And though I deem the work unworthy of your greatness, yet am I bold enough to hope that your courtesy will dispose you to accept it, considering that I can offer you no better gift than the means of mastering in a very brief time, all that in the course of so many years, and at the cost of so many hardships and dangers, I have learned, and know.

This work I have not adorned or amplified with rounded periods, swelling and high-flown language, or any other of those extrinsic attractions and allurements wherewith many authors are wont to set off and grace their writings; since it is my desire that it should either pass wholly unhonoured, or that the truth of its matter and the importance of its subject should alone recommend it.

Nor would I have it thought presumption that a person of very mean and humble station should venture to discourse and lay down rules concerning the government of Princes. For as those who make maps of countries place themselves low down in the plains to study the character of mountains and elevated lands, and place themselves high up on the mountains to get a better view of the plains, so in like manner to understand the People a man should be a Prince, and to have a clear notion of Princes he should belong to the People.

Let your Magnificence, then, accept this little gift in the spirit in which I offer it; wherein, if you diligently read and study it, you will recognize my extreme desire that you should attain to that eminence which Fortune and your own merits promise you. Should you from the height of your greatness some time turn your eyes to these humble regions, you will become aware how undeservedly I have to endure the keen and unremitting malignity of Fortune.

Chapter I: Of the Various Kinds of Princedom, and of the Ways in Which They Are Acquired

All the States and Governments by which men are or ever have been ruled, have been and are either Republics or Princedoms. Princedoms are either hereditary, in which the sovereignty is derived through an ancient line of ancestors, or they are new. New Princedoms are either wholly new, as that of Milan to Francesco Sforza; or they are like limbs joined on to the hereditary possessions of the Prince who acquires them, as the Kingdom of Naples to the dominions of the King of Spain. The States thus acquired have either been used to live under a Prince or have been free; and he who acquires them does so either by his own arms or by the arms of others, and either by good fortune or by merit.

Of Republics I shall not now speak, having elsewhere spoken of them at length. Here I shall treat exclusively of Princedoms, and, filling in the outline above traced out, shall proceed to examine how such States are to be governed and maintained.

I say, then, that hereditary States, accustomed to the family of their Prince, are maintained with far less difficulty than new States, since all that is required is that the Prince shall not depart from the usages of his ancestors, trusting for the rest to deal with events as they arise. So that if an hereditary Prince be of average address, he will always maintain himself in his Princedom, unless deprived of it by some extraordinary and irresistible force; and even if so deprived will recover it, should any, even the least, mishap overtake the usurper. We have in Italy an example of this in the Duke of Ferrara, who never could have withstood the attacks of the Venetians in 1484, nor those of Pope Julius in 1510, had not his authority in that State been consolidated by time. For since a Prince by birth has fewer occasions and less need to give offence, he ought to be better loved, and will naturally be popular with his subjects unless outrageous vices make him odious. Moreover, the very antiquity and continuance of his rule will efface the memories and causes which lead to innovation. For one change always leaves a dovetail into which another will fit.

But in new Princedoms difficulties abound. And, first, if the Princedom be not wholly new, but joined on to the ancient dominions of the Prince, so as to form with them what may be termed a mixed Princedom, changes will come from a cause common to all new States, namely, that men, thinking to better their condition, are always ready to change masters, and in this expectation will take up arms against any ruler; wherein they deceive themselves, and find afterwards by experience that they are worse off than before. This again results naturally and necessarily from the circumstance that the Prince cannot avoid giving offence to his new subjects, either in respect of the troops he quarters on them, or of some other of the numberless vexations attendant on a new acquisition. And in this way you may find that you have enemies in all those whom you have injured in seizing the Princedom, yet cannot keep the friendship of those who helped you to gain it; since you can neither reward them as they expect, nor yet, being under obligations to them, use violent remedies against them. For however strong you may be in respect of your army, it is essential that in entering a new Province you should have the good will of its inhabitants.

Hence it happened that Louis XII of France, speedily gaining possession of Milan, as speedily lost it; and that on the occasion of its first capture, Lodovico Sforza was able with his own forces only to take it from him. For the very people who had opened the gates to the French King, when they found themselves deceived in their expectations and hopes of future benefits, could not put up with the insolence of their new ruler. True it is that when a State rebels and is again got under, it will not afterwards be lost so easily. For the Prince, using the rebellion as a pretext, will not scruple to secure himself by punishing the guilty, bringing the suspected to trial, and otherwise strengthening his position in the points where it was weak. So that if to recover Milan from the French it was enough on the first occasion that a Duke Lodovico should raise alarms on the frontiers to wrest it from them a second time the whole world had to be ranged against them, and their armies destroyed and driven out of Italy. And this for the reasons above assigned. And yet, for a second time, Milan was lost to the King. The general causes of its first loss have been shown. It remains to note the causes of the second, and to point out the remedies which the French King had, or which might have been used by another in like circumstances to maintain his conquest more successfully than he did.

I say, then, that those States which upon their acquisition are joined on to the ancient dominions of the Prince who acquires them, are either of the same Province and tongue as the people of these dominions, or they are not. When they are, there is a great ease in retaining them, especially when they have not been accustomed to live in freedom. To hold them securely it is enough to have rooted out the line of the reigning Prince; because if in other respects the old condition of things be continued, and there be no discordance in their customs, men live peaceably with one another, as we see to have been the case in Brittany, Burgundy, Gascony, and Normandy, which have so long been united to France. For although there be some slight difference in their languages, their customs are similar, and they can easily get on together. He, therefore, who acquires such a State, if he mean to keep it, must see to two things; first, that the blood of the ancient line of Princes be destroyed; second, that no change be made in respect of laws or taxes; for in this way the newly acquired State speedily becomes incorporated with the hereditary.