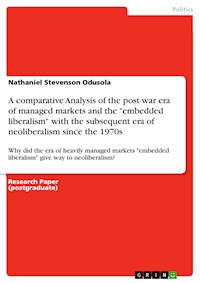 Research Paper (postgraduate) from the year 2019 in the subject Politics - International Politics - Topic: Globalization, Political Economics, grade: 100, , course: Political Economics, language: English, abstract: This article made comparison between ‘embedded liberalism' and ‘neoliberalism'. The article also traced the basis for the shift from ‘embedded liberalism' to the emergence of ‘neoliberalism'. In order for the government to intervene in economic policies matters; democracy was the driving force for the spread of embedded liberalism. Macroeconomics was introduced by the government of advanced economies to address three critical areas of the economic policies, namely: inflation, market output, and unemployment. The other aspect of this period was to win the cold war and to empower the United States as the global hegemon. The departure from embedded liberalism to neoliberalism in 1971 was due to domestic economic pressure of the US. President Nixon’s administration ended the ‘convertibility of the dollar into gold' policy regime. The government had to float the dollar in the international market allowing market forces to determine the value of the dollar currency. The administration of Reagan and Thatcher institutionalised ‘neoliberalism' as an alternative to ‘embedded liberalism'. The adoption of ‘neoliberalism' led both administrations to implement monetary policies which led to stripping labour from further threatening the economies of the United States and the United Kingdom with inflation. The overall implications were increased profits for capitalists or entrepreneurs as against employees of the labour market. The analysis revealed that there was an increased unemployment rate due to high-interest rates and deliberate policies to encourage recession in order to forestall inflation. 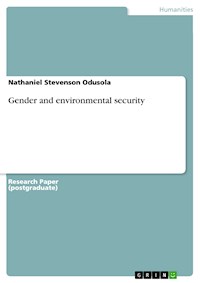 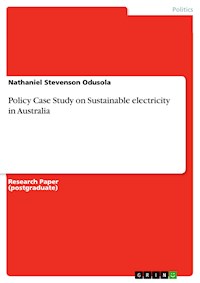