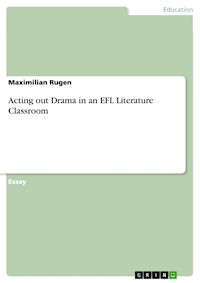 Acting out Drama in an EFL Literature Classroom E-Book

Essay from the year 2021 in the subject Didactics - English - Literature, Works, grade: 1,0, Carl von Ossietzky University of Oldenburg (Anglistik und Amerikanistik), language: English, abstract: This essay focusses on the acting dimension of drama in the EFL literature classroom. First, the interactive dimension of communication and foreign language learning in the ELT literature classroom will be emphasised with reference to the concept of Literary Communicative Competence. Subsequently, the question how drama can become an occasion for speaking in literature lessons will be addressed. Genre-specific elements of dramatic texts are discussed in this regard. Additionally, different possible learning goals which can be pursued by acting out dramatic texts will be illustrated. In this context, some methodological approaches will be presented. Finally, the limitations of acting methods have to be pointed out and the requirements for their implementation for teachers will be indicated. Art addresses the affective level of the learner. It can impress, disturb, inspire, contradict the established and focus on foreign perspectives. Furthermore, it favours changes of perspective that develop intercultural communicative competence. One form of the arts that can be used in English literature education is drama. Experiencing drama via acting is one method of turning the reading of dramas into a speaking opportunity in class. During the Corona crisis, it became clear how important the social aspects of learning are. In both primary and secondary education, it has become clear that the social skills of learners have fallen by the wayside in front of the screen, resulting in deficits in other skills as well. Languages are social phenomena which need to be taught socially. 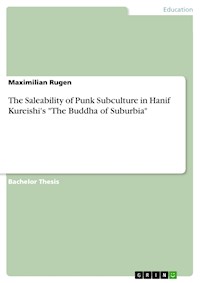 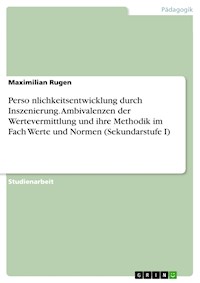