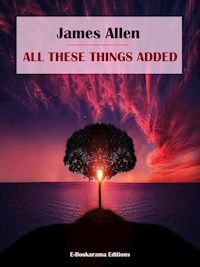 All These Things Added E-Book

Published in 1903, James Allen's second book "All These Things Added" is rich in thought of a most practical kind and is invaluable for the clear and original way in which it presents the spiritual aspect of things. As a contribution to the study of the spiritual nature of man in his relation to the present conditions of existence, it is worthy of the serious attention of all students. Allen said "All earnest Truth-Seekers should read this book."

"All These Things Added" is a book for those who aspire to the calm and steadfast life and the spiritually-minded who seek to know their supreme duty in life, who are exercised about the problem of evil and the mental and social inequalities around them. It points such to the great Spiritual Realities within themselves, and reveals the way by which those Realities can be realised and known. It shows how and in what way the Kingdom of Heaven is sought and found; and how, when found, all the necessary material things are added, and bliss and peace are assured. The reading of the book lifts and elevates, and raises one from the worries and cares of everyday life to think of brighter aims. 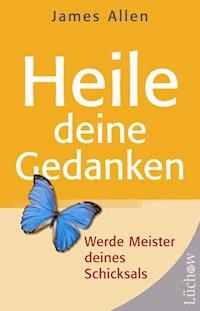 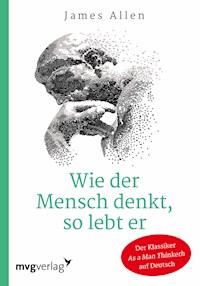 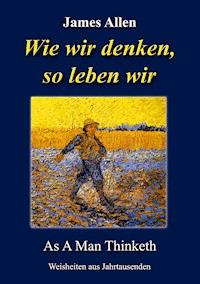 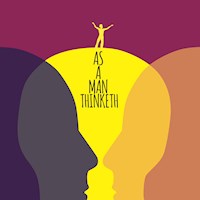 As A Man Thinketh
James Allen 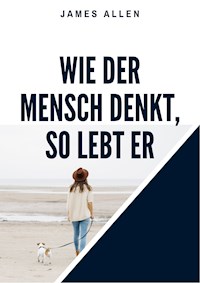 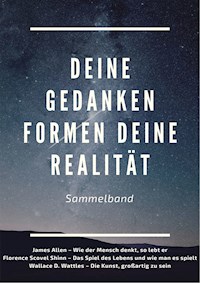 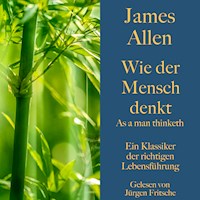 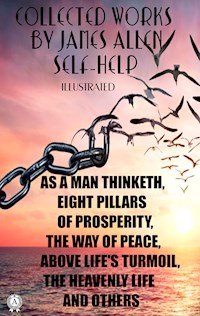 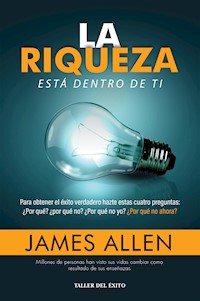 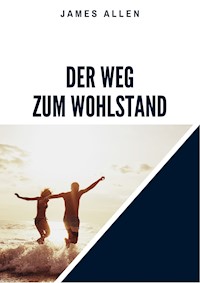 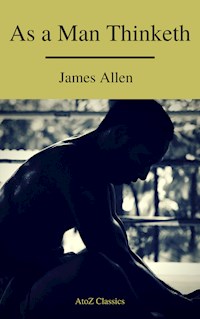 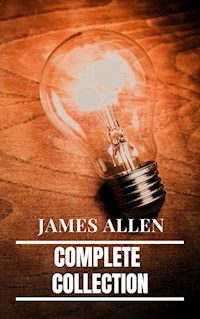 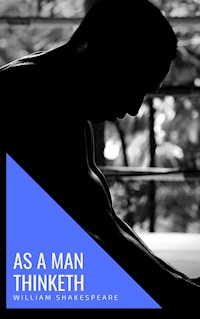 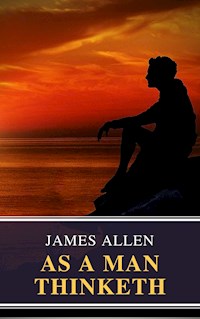 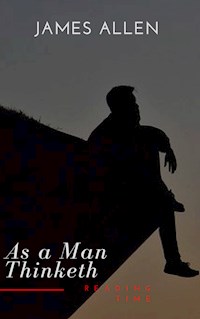 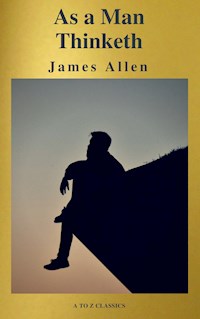 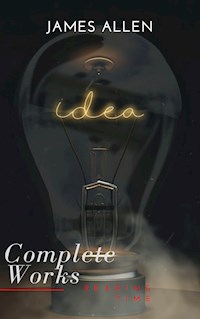 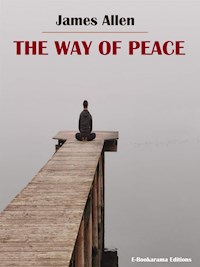 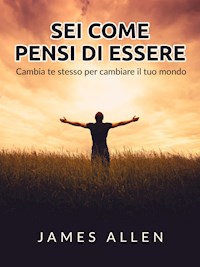 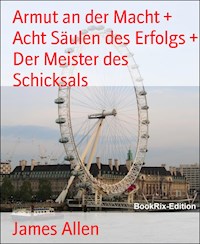 ALL THESE THINGS ADDED

2. The Competitive Laws And The Law Of Love

3. The Finding Of A Principle

4. At Rest In The Kingdom And All Things Added

ALL THESE THINGS ADDED

In seeking for pleasures here and rewards hereafter men have destroyed (in their hearts) the Temple of Righteousness, and have wandered from the Kingdom of Heaven. By ceasing to seek for earthly pleasures and heavenly rewards, the Temple of Righteousness is restored and the Kingdom of Heaven is found. This truth is for those who are ready to receive it; and this book also is for those whose souls have been prepared for the acceptance of its teaching.

I sought the world, but Peace was not there;

I courted learning, but Truth was not revealed;

I sojourned with philosophy, but my heart was sore with vanity.

And I cried, Where is Peace to be found!

And where is the hiding place of truth!

EVERY HUMAN SOUL IS IN NEED. The expression of that need varies with individuals, but there is not one soul that does not feel it in some degree. It is a spiritual and casual need which takes the form, in souls of a particular development, of a deep and inexpressible hunger which the outward things of life, however abundantly they may be possessed, can never satisfy. Yet the majority, imperfect in knowledge and misled by appearances, seek to satisfy this hunger by striving for material possessions, believing that these will satisfy their need, and bring them peace.

They who seek consciously are blessed, and shall shortly find that final and permanent satisfaction of soul which righteousness alone can give, for they have come into a knowledge of the true path.

They who seek unconsciously, although for a time they may bathe in a sea of pleasure, are not blessed, for they are carving out for themselves pathways of suffering over which they must walk with torn and wounded feet, and their hunger will increase, and the soul will cry out for its lost heritage—the eternal heritage of righteousness.

Not in any of the three worlds (waking, dream and sleep) can the soul find lasting satisfaction, apart from the realization of righteousness. Bodied or disembodied, it is ceaselessly driven on by the discipline of suffering, until at last, in its extremity, it flies to its only refuge—the refuge of righteousness—and finds that joy, satisfaction, and peace which it had so long and so vainly sought.

The great need of the soul, then, is the need of this permanent principle, called righteousness, on which it may stand securely and restfully amid the tempest of earthly existence, no more bewildered, and whereon it may build the mansion of a beautiful, peaceful, and perfect life.

It is the realization of this principle where the Kingdom of Heaven, the abiding home of the soul, resides, and which is the source and storehouse of every permanent blessing. Finding it, all is found; not finding it, all is lost. It is an attitude of mind, a state of consciousness, an ineffable knowledge, in which the struggle for existence ceases, and the soul finds itself at rest in the midst of plenty, where its great need, yea, its every need, is satisfied, without strife and without fear. Blessed are they who earnestly and intelligently seek, for it is impossible that such should seek in vain.

2. The Competitive Laws And The Law Of Love

When I am pure

I shall have solved the mystery of life,

I shall be sure

(When I am free from hatred, lust and strife)

I am in truth, and Truth abides in me.

I shall be safe and sane and wholly free When I am pure.

IT HAS BEEN SAID that the laws of Nature are cruel; it has likewise been said that they are kind. The one statement is the result of dwelling exclusively upon the fiercely competitive aspect of Nature; the other results from viewing only the protective and kindly aspect. In reality, natural laws are neither cruel or kind; they are absolutely just— are, in fact, the outworking of the indestructible principle of justice itself.

The cruelty, and consequent suffering, which is so prevalent in Nature, is not inherent in the heart and substance of life; it is a passing phase of evolution, a painful experience, which will ultimately ripen into the fruit of a more perfect knowledge; a dark night of ignorance and unrest, leading to a glorious morning of joy and peace.

When a helpless child is burnt to death, we do not ascribe cruelty to the working of the natural law by virtue of which the child was consumed; we infer ignorance in the child, or carelessness on the part of its guardians. Even so, men and creatures are daily being consumed in the invisible flames of passion, succumbing to the ceaseless interplay of those fiery psychic forces which, in their ignorance, they do not understand, but which they shall at last learn how to control and use to their own protection, and not, as at present, foolishly employ them to their own destruction.

To understand, control and harmoniously adjust the invisible forces of its own soul is the ultimate destiny of every being and creature. Some men and women, in the past, have accomplished this supreme and exalted purpose; some, in the present, have likewise succeeded, and, until this is done, that place of rest wherein one receives all that is necessary for one’s well-being and happiness, without striving, and with freedom from pain, cannot be entered.

In an age like the present, when, in all civilized countries, the string of life is strained to its highest pitch, when men and women, striving each with each in every department of life for the vanities and material possessions of this perishable existence, have developed competition to the utmost limit of endurance—in such an age the sublimest heights of knowledge are scaled, the supremest spiritual conquests are achieved; for when the soul is most tired, its need is greatest, and where the need is great, great will be the effort. Where, also, the temptations are powerful, the greater and more enduring will be the victory.

Men love the competitive strife with their fellows, while it promises, and seems to bring them gain and happiness; but when the inevitable reaction comes, and the cold steel of selfish strife which their own hands have forged enters their own hearts, then, and not till then, do they seek a better way.