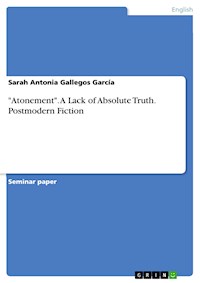 Seminar paper from the year 2015 in the subject English Language and Literature Studies - Literature, grade: 1,0, Johannes Gutenberg University Mainz (Anglistik), course: British Literature II - Unfilmable: Postmodern Fiction from Page to Screen, language: English, abstract: “Since the brain seeks for patterns, to learn something well, the brain needs to recognize and categorize something and know what paradigm it fits into.” It is a biological fact that a human brain is always in need of structure, or in other words, humans are in search of the truth through which they may organize their perceptions and lives. But what happens, if this particular construct of the truth and reality is disturbed through representations that cause a human being to question his assumptions? In time, a chaos in mind will ensue which will have him repeatedly reconsidering his construct of the truth. The same happens to Briony in and the reader of Atonement. “Bryony subsequently finds herself unable to deal with contradiction and imposes an interpretative ‘order’ on events […]. Just like Briony, the reader establishes a construct of the truth and a meaning for himself by assembling the representations of the book in an order, to arrive at a point where they make sense. The reader, who has been led to assume a version of truth in which Robbie and Cecilia are reunited, has to accept the falsity of this assumption when he/she arrives at the third part of Atonement, in which Briony reveals that Robbie and Cecilia were never able to meet again because both of them died before they could do so. Such an abrupt unraveling of the reader’s constructed version of the truth lead him to reconsider all previously assumed beliefs. He has to go back over the story to search for a construction of the truth that makes sense to him again. This seminal point in Atonement stands for the postmodern theory of truth: There is no absolute reality or truth. The only existing truth is a construct made up by the reader because he has to feed this need for order. 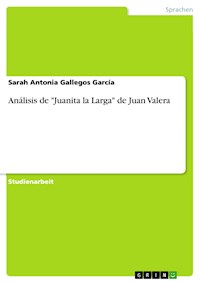 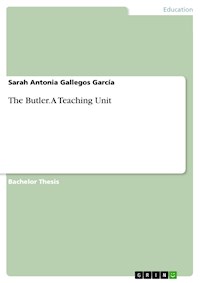 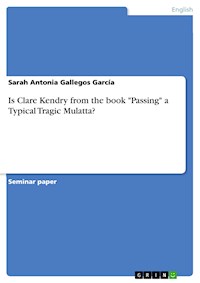 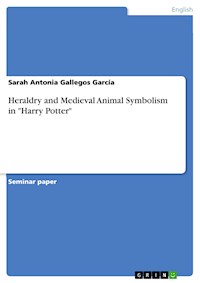 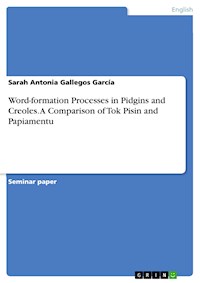 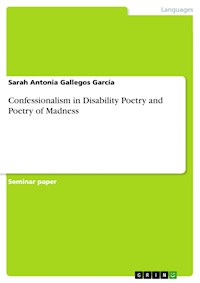