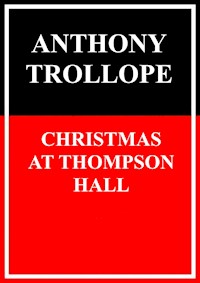 Anthony Trollope (1815-1882) was a well known English novelist of the Victorian era. Among his most successfull works is a series of novels known as the Chronicles of Barsetshire, which revolve aournd the imaginary county of Barsetshire. His book "Christmas at Thompson Hall" was first published in 1894. 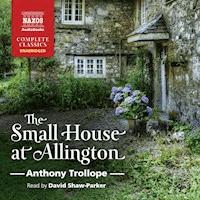 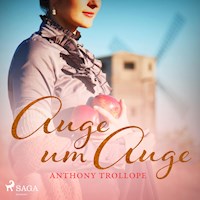 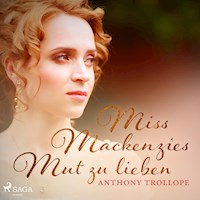 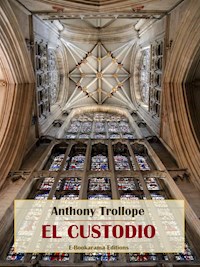 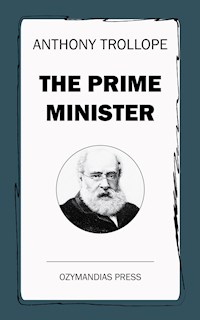 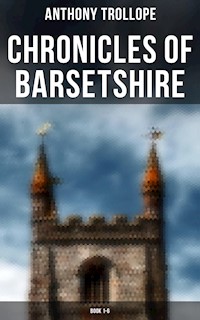 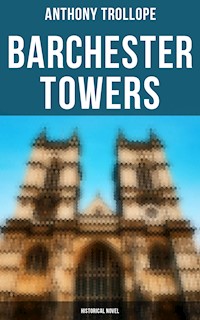 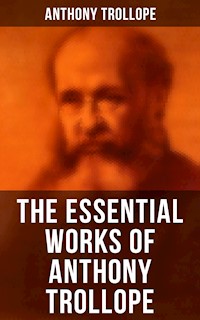 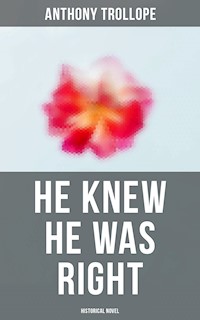 He Knew He Was Right (Historical Novel)
Anthony Trollope 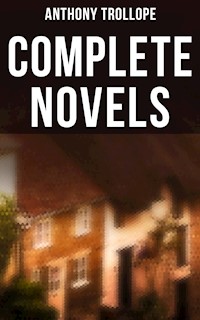 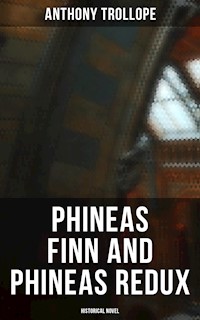 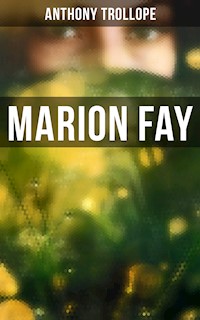 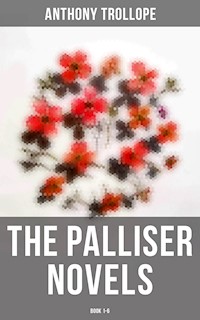 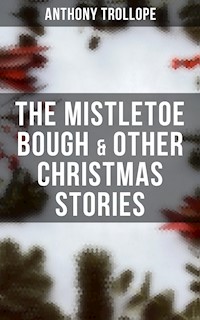 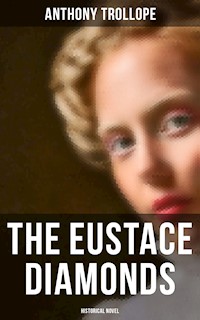 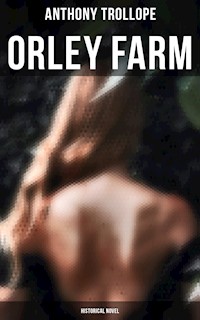 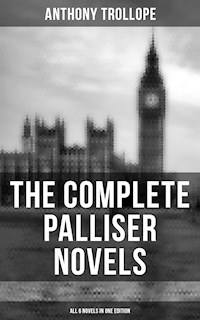 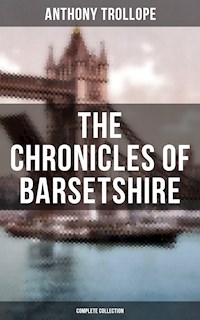 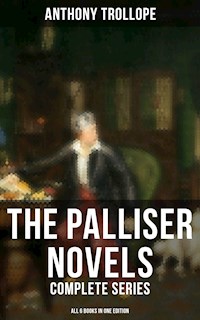 The Palliser Novels: Complete Series - All 6 Books in One Edition
Anthony Trollope 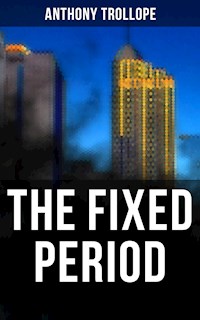 Everyone remembers the severity of the Christmas of 187-. I will not designate the year more closely, lest I should enable those who are too curious to investigate the circumstances of this story, and inquire into details which I do not intend to make known. That winter, however, was especially severe, and the cold of the last ten days of December was more felt, I think, in Paris than in any part of England. It may, indeed, be doubted whether there is any town in any country in which thoroughly bad weather is more afflicting than in the French capital. Snow and hail seem to be colder there, and fires certainly are less warm, than in London. And then there is a feeling among visitors to Paris that Paris ought to be gay; that gayety, prettiness, and liveliness are its aims, as money, commerce, and general business are the aims of London, which, with its outside sombre darkness, does often seem to want an excuse for its ugliness. But on this occasion, at this Christmas of 187-, Paris was neither gay, nor pretty, nor lively. You could not walk the streets without being ankle-deep, not in snow, but in snow that had just become slush; and there was falling throughout the day and night of the 23d of December a succession of damp, half-frozen abominations from the sky which made it almost impossible for men and women to go about their business.

It was at ten o’clock on that evening that an English lady and gentleman arrived at the Grand Hôtel on the Boulevard des Italiens. As I have reasons for concealing the names of this married couple, I will call them Mr. and Mrs. Brown. Now, I wish it to be understood that in all the general affairs of life this gentleman and this lady lived happily together, with all the amenities which should bind a husband and a wife. Mrs. Brown was one of a wealthy family, and Mr. Brown, when he married her, had been relieved from the necessity of earning his bread. Nevertheless, she had at once yielded to him when he expressed a desire to spend the winters of their life in the South of France; and he, though he was by disposition somewhat idle, and but little prone to the energetic occupations of life, would generally allow himself, at other periods of the year, to be carried hither and thither by her, whose more robust nature delighted in the excitement of travelling. But on this occasion there had been a little difference between them.

Early in December an intimation had reached Mrs. Brown at Pau that on the coming Christmas there was to be a great gathering of all the Thompsons in the Thompson family hall at Stratford-le-Bow, and that she, who had been a Thompson, was desired to join the party with her husband. On this occasion her only sister was desirous of introducing to the family generally a most excellent young man to whom she had recently become engaged. The Thompsons—the real name, however, is in fact concealed—were a numerous and a thriving people. There were uncles and cousins and brothers who had all done well in the world, and who were all likely to do better still. One had lately been returned to Parliament for the Essex Flats, and was at the time of which I am writing a conspicuous member of the gallant Conservative majority. It was partly in triumph at this success that the great Christmas gathering of the Thompsons was to be held, and an opinion had been expressed by the legislator himself that, should Mrs. Brown, with her husband, fail to join the family on this happy occasion, she and he would be regarded as being but fainéant Thompsons.

Since her marriage, which was an affair now nearly eight years old, Mrs. Brown had never passed a Christmas in England. The desirability of doing so had often been mooted by her. Her very soul craved the festivities of holly and mince-pies. There had ever been meetings of the Thompsons at Thompson Hall, though meetings not so significant, not so important to the family, as this one which was now to be collected. More than once had she expressed a wish to see old Christmas again in the old house among the old faces. But her husband had always pleaded a certain weakness about his throat and chest as a reason for remaining among the delights of Pau. Year after year she had yielded, and now this loud summons had come.

It was not without considerable trouble that she had induced Mr. Brown to come as far as Paris. Most unwillingly had he left Pau; and then, twice on his journey—both at Bordeaux and Tours—he had made an attempt to return. From the first moment he had pleaded his throat, and when at last he had consented to make the journey, he had stipulated for sleeping at those two towns and at Paris. Mrs. Brown, who, with no slightest feeling of fatigue, could have made the journey from Pau to Stratford without stopping, had assented to everything, so that they might be at Thompson Hall on Christmas-eve. When Mr. Brown uttered his unavailing complaints at the first two towns at which they stayed, she did not, perhaps, quite believe all that he said of his own condition. We know how prone the strong are to suspect the weakness of the weak—as the weak are to be disgusted by the strength of the strong. There were, perhaps, a few words between them on the journey, but the result had hitherto been in favor of the lady. She had succeeded in bringing Mr. Brown as far as Paris.

Had the occasion been less important, no doubt she would have yielded. The weather had been bad even when they left Pau, but as they had made their way northward it had become worse and still worse. As they left Tours, Mr. Brown, in a hoarse whisper, had declared his conviction that the journey would kill him. Mrs. Brown, however, had unfortunately noticed half an hour before that he had scolded the waiter on the score of an over-charged franc or two with a loud and clear voice. Had she really believed that there was danger, or even suffering, she would have yielded; but no woman is satisfied in such a matter to be taken in by false pretences. She observed that he ate a good dinner on his way to Paris, and that he took a small glass of cognac with complete relish, which a man really suffering from bronchitis surely would not do. So she persevered, and brought him into Paris, late in the evening, in the midst of all that slush and snow. Then, as they sat down to supper, she thought he did speak hoarsely, and her loving feminine heart began to misgive her.

But this now was, at any rate, clear to her,—that he could not be worse off by going on to London than he would be should he remain in Paris. If a man is to be ill, he had better be ill in the bosom of his family than at a hotel. What comfort could he have, what relief, in that huge barrack? As for the cruelty of the weather, London could not be worse than Paris, and then she thought she had heard that sea air is good for a sore throat. In that bedroom which had been allotted to them au quatrieme they could not even get a decent fire. It would in every way be wrong now to forego the great Christmas gathering when nothing could be gained by staying in Paris.

She had perceived that, as her husband became really ill, he became also more tractable and less disputatious. Immediately after that little glass of cognac he had declared that he would be —— if he would go beyond Paris, and she began to fear that, after all, everything would have been done in vain. But as they went down to supper between ten and eleven he was more subdued, and merely remarked that this journey would, he was sure, be the death of him. It was half past eleven when they got back to their bedroom, and then he seemed to speak with good sense, and also with much real apprehension. “If I can’t get something to relieve me, I know I shall never make my way on,” he said. It was intended that they should leave the hotel at half past five the next morning, so as to arrive at Stratford, travelling by the tidal train, at half past seven on Christmas-eve. The early hour, the long journey, the infamous weather, the prospect of that horrid gulf between Boulogne and Folkestone, would have been as nothing to Mrs. Brown, had it not been for that settled look of anguish which had now pervaded her husband’s face. “If you don’t find something to relieve me, I shall never live through it,” he said again, sinking back into the questionable comfort of a Parisian hotel arm-chair.