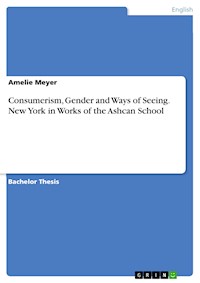 Consumerism, Gender and Ways of Seeing. New York in Works of the Ashcan School E-Book

Bachelor Thesis from the year 2011 in the subject American Studies - Miscellaneous, grade: 2,3, University of Göttingen (Philosophische Fakultät), language: English, abstract: At the turn of the nineteenth century, the city of New York underwent a tremendous change that is regarded as a complete “transformation of American culture” (Zurier). An abundance of scholarly works have been devoted to those developments that were of a geographic, economic or social nature. An equally great focus has been on the rise of a new kind of consumer culture which, according to Tottis, rang in an “age of Amusement” which included the advent of the department store, popular entertainment and advertisement (Zurier). Recent scholars, among them Rebecca Zurier, have concentrated on the role of public display within this consumer culture. People were not only there “to buy, but merely to ‘see’ the things” they desired to purchase (Bowlby, “Looking”). The display and constant “visuality” of the outer look of the city on the one hand and the mutual gazing of city people on the other hand caused the need for a “new skill of urban viewing” people had yet to learn (Manthorne). Thus, new ways of seeing developed. Within this context of a heavily pictorial and visual consumer culture, scholars have examined the works of the Ashcan School, a group of artists known for their ‘common’ city depictions. Up to the present, few scholars did not concentrate on the Ashcan artists’ portrayal of poor living conditions, toil and tenements. Instead, they began to analyze the consumerist scenes of the Ashcan School’s oeuvre: they contemplated the issues of public display, its effects on New York’s citizen and they also scraped the surface of the gender issue within consumerism. This bachelor thesis is intended to extent this study in order to provide a coherent picture of how consumerism, gender and new ways of seeing play together in a number of Ashcan works. The portrayals of Everett Shinn and John Sloan have been chosen for their depicted content of entertainment, shopping and urban viewing. 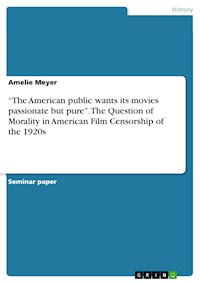 “The American public wants its movies passionate but pure”. The Question of Morality in American Film Censorship of the 1920s
Amelie Meyer

Nostalgia and Innovation in the songs of "Mamma Mia!"
Amelie Meyer 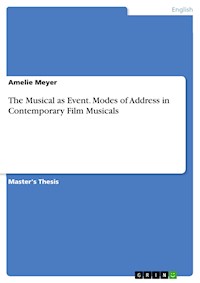 The Musical as Event. Modes of Address in Contemporary Film Musicals
Amelie Meyer 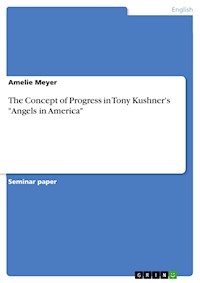 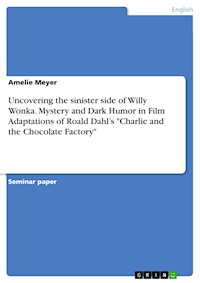 Uncovering the sinister side of Willy Wonka. Mystery and Dark Humor in Film Adaptations of Roald Dahl’s "Charlie and the Chocolate Factory"
Amelie Meyer 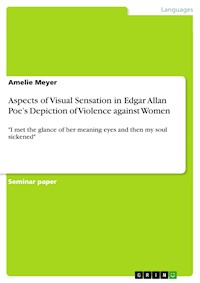