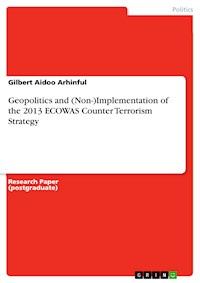 Research Paper (postgraduate) from the year 2019 in the subject Politics - International Politics - Region: Africa, grade: 75, University of Ghana, Legon (Department of Political Science), course: Political Science, language: English, abstract: In this study, the author examines the extent to which geopolitics in West Africa affect the overall implementation of the 2013 ECTS. The study adopted the qualitative case study design to enable the researcher elicit in-depth information for the analysis by engaging few security experts in face-to-face interviews. Official ECOWAS archival records (such as protocols, treaties, and communiques) will also be sourced. The paper suggests that harmonization of efforts and resources, strong political will and community spirit by ECOWAS member states will be the only way to go for sustained implementation of the 2013 ECTS in particular, and in building robust collective security in West Africa in general. The ECOWAS Counter Terrorism Strategy (ECTS) was adopted in February 2013 by the Authority of Heads of State and Government to address the militant crisis in the region. But, for half a decade years after its approval, no significant efforts and progress are made in its overall implementation. Available evidence in the extant literature reveals that a combination of factors, including political tension among and within member states, funding and technical capacity limitations, and external factors, continues to undermine its implementation. It must be said that the kind of politics in the region have often been blamed for the ‘non-implementation syndrome’ of major ECOWAS initiatives at the national level. 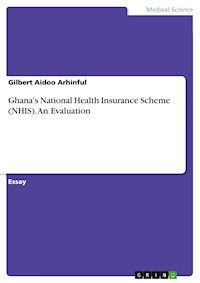 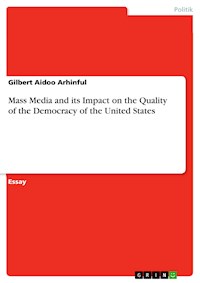 Mass Media and its Impact on the Quality of the Democracy of the United States
Gilbert Aidoo, Arhinful 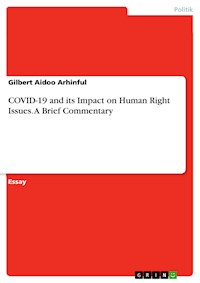 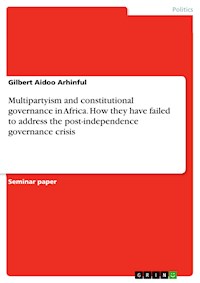 Multipartyism and constitutional governance in Africa. How they have failed to address the post-independence governance crisis
Gilbert Aidoo, Arhinful 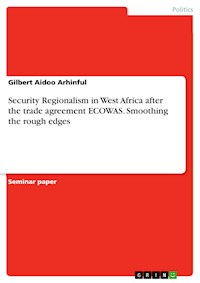 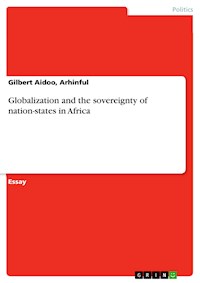 Globalization and the sovereignty of nation-states in Africa
Gilbert Aidoo, Arhinful