Bachelor Thesis from the year 2009 in the subject American Studies - Literature, grade: 1,7, University of Göttingen, language: English, abstract: “So you´re the little woman who wrote the book that started this great war“ (Raabe 216)! With these words Abraham Lincoln is said to have greeted Harriet Beecher Stowe when she visited the white House in 1863. Without doubt, Uncle Tom´s Cabin, Stowe´s first antislavery novel, was one of the most controversial books when it was published in 1851/52. Although it certainly can´t be seen as the true reason for the Civil War that started in 1861, it nevertheless put the debate on slavery more strongly in the center of public attention. This paper deals with this highly controversial book. First, the context of the writing as well as the publishing of Uncle Tom´s Cabin will be presented, and its sources will be outlined. For a better understanding of the circumstances, some biographical pieces of information about the author will be given beforehand. The next section will focus on the several stage adaptations of Uncle Tom´s Cabin, the one by George L. Aiken will already be treated in more detail. The mixed reactions towards Stowe´s novel in general will be delineated, too. After giving a summary of the content of Uncle Tom´s Cabin to establish the basis for a further analysis, the main part of this paper will deal with the comparison of the novel with Aiken´s most popular stage adaptation. Similarities as well as differences will be presented as far as the structure, the characters and the themes are concerned. This paper will try to show that Aiken´s version of Uncle Tom´s Cabin comes very close to Stowe´s novel, but that he incorporated his own ideas as well to partly produce other effects, too. 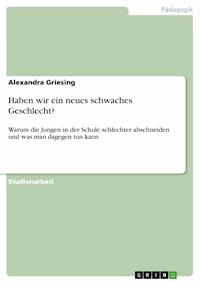