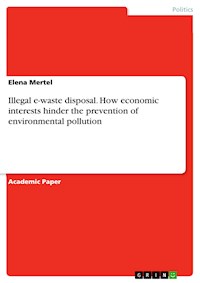 Academic Paper from the year 2018 in the subject Politics - Environmental Policy, grade: 7,5 (Niederländisches System), University of Groningen, course: Global Environmental Politics, language: English, abstract: This paper is about the interplay between environmental gains and economic interests. It shows the effectiveness of the EU's efforts to fight pollution caused by wrongful e-waste disposal. Accordingly, it contributes to the ongoing debate on the significance of international political economics for environmental policy-making processes. Environmental pollution caused by massive amounts of electronic waste generated all over the globe has become a major issue on the politico-environmental agenda. This is due to the fact that electronics have a high material composition of hazardous components. The toxins present in electronic waste are multifarious and have devastating impacts on both public health and the environment in the areas of wrongful disposal. What is striking, even though economically developed countries clearly produce the highest amount of e-waste, those who suffer are often located in economically less developed areas in Africa and South Asia. Therefore, finding solutions to the ever-growing need for sustainable e-waste disposal raises the question on how to approach the problem. The EU is acknowledged to play a pioneering role in addressing the issue by having established a legislative framework, having the highest collection rates of e-waste and the most detailed data on e-waste flows. However, it is also the second-largest producer of e-waste around the world and with an overall collection rate of 35 percent far from having solved the problem. In contrast to those countries directly affected by pollution, the European member-states have the infrastructure, scientific and technical capabilities to both guarantee a duly disposal and reduce the emergence of e-waste in the first place. In this regard, it remains questionable whether the measures taken are in fact as sufficient as generally perceived.In order to analyze this, there are several points of departure. With the focus on environmental efficiency it is acknowledged that environmental goals are not stable but subject to change which complicates the evaluation of measures taken. A more promising approach, therefore, lies in examining how the operating regime aims to counter negative environmental effects. In shedding light on social, historical and economic dynamics present in international political decision-making processes it is possible to get a better understanding of the actual effectiveness of an international regime under given circumstances. 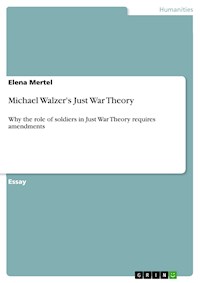 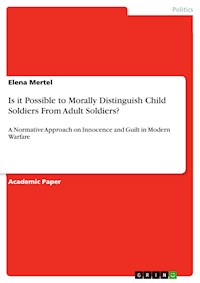 Is it Possible to Morally Distinguish Child Soldiers From Adult Soldiers?
Elena Mertel 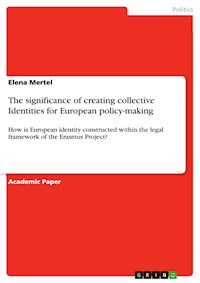 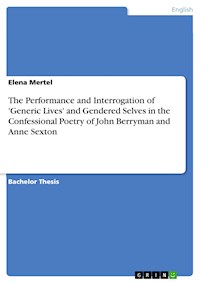 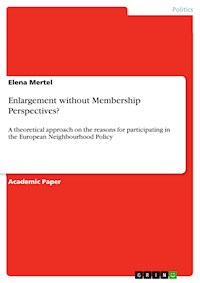 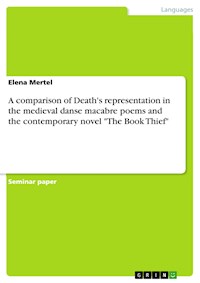 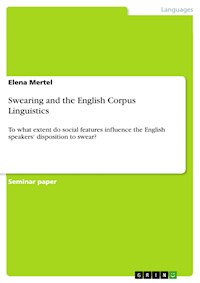 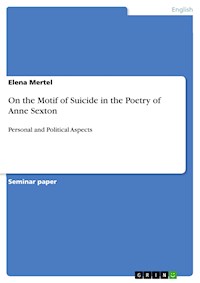