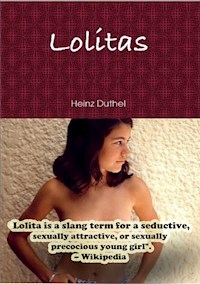 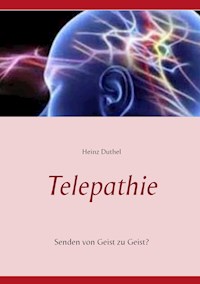 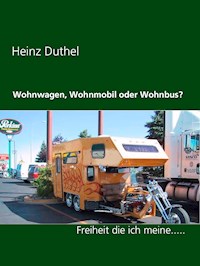 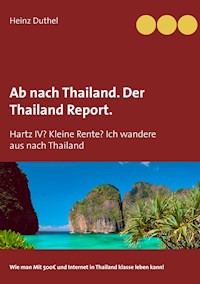 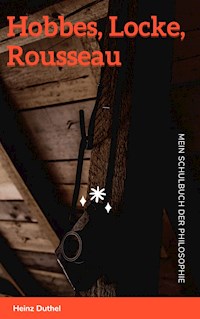 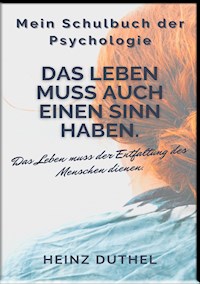 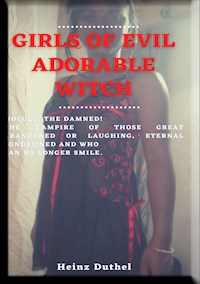 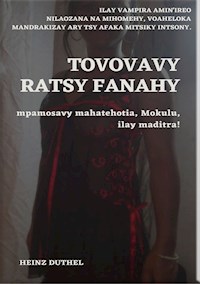 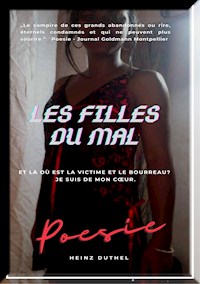 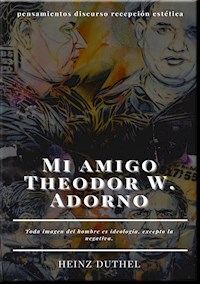 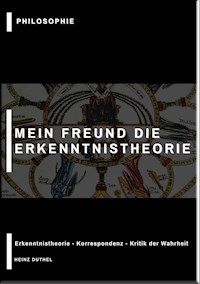 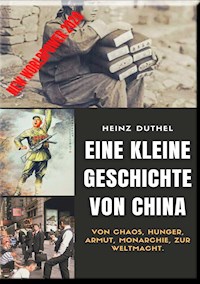 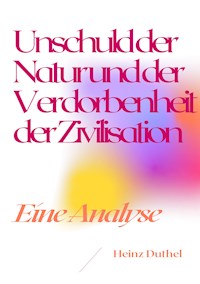 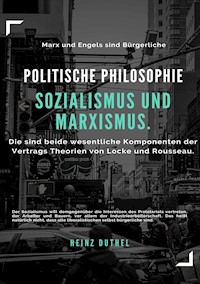 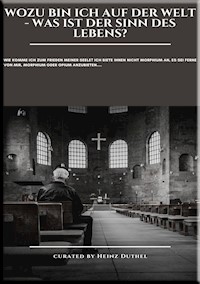 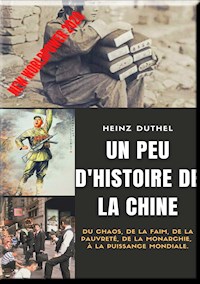 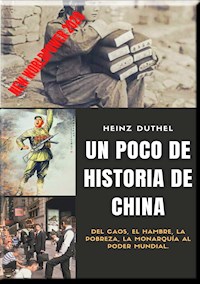 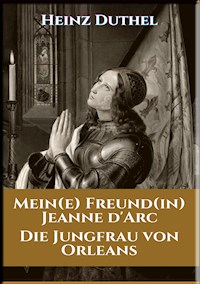 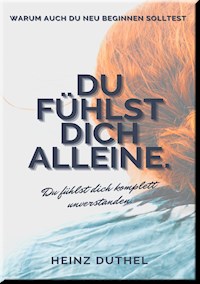 ,,Instead, she initiates sex the next morning. He

discovers that he is not her first lover, that she had sex

Lolita is a novel by Vladimir Nabokov, first written in

York, and later translated by its Russian-native author

into Russian. The novel is notable for its controversial

with the 12-year-old Dolores Haze, with whom he

becomes sexual y involved after she becomes his

stepdaughter. His private nickname for Dolores is Lolita.

The book is also notable for its writing style. The

narrative is highly subjective as Humbert draws on his

style, while attempting to gain the reader's sympathy

through his sincerity and melancholy, although near the

end of the story Humbert refers to himself as a "maniac"

who "deprived" Dolores "of her childhood", and he

shortly thereafter states "the most miserable of family

lives was better than the parody of incest" in which they

After its publication, Lolita attained a classic status,

becoming one of the best-known and most controversial

has entered pop culture to describe a sexual y

precocious girl. The novel was adapted to film by Stanley

also been adapted several times for stage and has been

the subject of two operas, two bal ets, and an acclaimed

Lolita is included on Time's list of the 100 best English-

20th century. It also made the World Library's list of one

Lolita is divided into two parts and 69 chapters. It is

narrated by Humbert Humbert, a literary scholar born in

1910 to a Swiss father and an English mother in Paris,

who is obsessed with young girls, whom he refers to as

"nymphets". Humbert suggests that this obsession

results from the death of a childhood sweetheart,

Annabel Leigh (a deliberate play by Nabokov on the

Al an Poe, which also involves a dead girl and her left

behind lover). After an unsuccessful marriage to a Polish

He rents a room in the house of Charlotte Haze, a

widow. While Charlotte tours him around the house, he

Dol y, Lolita, Lola, Lo and L), with whom—partial y due to

her uncanny resemblance to Annabel — he immediately

becomes infatuated. Humbert stays at the house only to

remain near her. While he is obsessed with Lolita, he

disdains her crassness and preoccupation with

While Lolita is away at summer camp, Charlotte, who

has fal en in love with Humbert, tel s him that he must

either marry her or move out. Humbert agrees to marry

Charlotte in order to continue living near Lolita. Charlotte

is oblivious to Humbert's distaste for her, as wel as his

lust for Lolita, until she reads his diary. Upon learning of

flee with Lolita and threatens to expose Humbert as a

on Humbert's behalf, however; as she runs across the

street in a state of shock, Charlotte is struck and kil ed by

Humbert picks Lolita up from camp, pretending that

Charlotte is il at an invented hospital. Rather than return

to Charlotte's home (out of fear that the neighbors will be

suspicious), he takes Lolita to a hotel. Humbert gives her

sleeping pil s (which he names Vitamin X) and leaves

her in their room, tel ing her to go to bed. As he waits for

the pil s to work, he wanders through the hotel and

meets a man (later revealed to be Clare Quilty), who

seems to know who he is. Humbert excuses himself from

the strange conversation and returns to the room. There,

he attempts to molest Lolita (climbing into her bed as

there were no spare cots available at the hotel), but the

sedative is too mild, his "security...a sham one." Instead,

she initiates sex the next morning. He discovers that he

is not her first lover, that she had sex with a boy at Camp

Q. Later, Humbert reveals to Lolita that Charlotte is

actual y dead; Lolita now has no choice but to accept her

stepfather into her life on his terms for she has

"absolutely nowhere else to go." Further to this, Humbert

points out that if he was to go to jail, Lolita would

probably end up in care.

Lolita and Humbert drive around the country, moving

from state to state and motel to motel. He sees the

necessity of maintaining a common base of guilt to keep

their relations secret and wants denial to become second

nature for Lolita; he tel s her if he is arrested, she will

"become a ward of the Department of Public Welfare,"

losing al her clothes and presents. Later he bribes her

for sexual favors, though he knows that she does not

reciprocate his love and shares none of his interests.

After a year touring North America, the two settle down

in another New England town, where Lolita is enrol ed in

and strict, forbidding Lolita to take part in after-school

activities or to associate with boys; most of the

townspeople, however, see this as the action of a loving

and concerned, while old-fashioned parent.

Lolita begs to be al owed to take part in the school play;

for more sexual favors. The play is written by Clare

Quilty. He is said to have attended a rehearsal and been

Lolita and Humbert have a ferocious argument; Lolita

runs away while Humbert assures the neighbors

everything is fine. He searches frantical y until he finds

her exiting a phone booth. She is in a bright, pleasant

mood, saying she tried to reach him at home and that a

"great decision has been made." They go to buy drinks

and Lolita tel s Humbert she doesn't care about the play,

rather, wants to leave town and resume their travels.

gets the feeling that their car is being tailed and he

conspiring with others in order to escape. She fal s il and

must convalesce in a hospital; Humbert stays in a

nearby motel, without Lolita for the first time in years.

One night, Lolita disappears from the hospital; the staff

tel Humbert that Lolita's "uncle" checked her out.

Humbert embarks upon a frantic search to find Lolita and

her abductor, but eventual y he gives up. During this

time, Humbert has a two year relationship (ending in

"kind, good sport." She "solemnly approve[s]" of his

receives a letter from Lolita, now 17, who tel s him that

she is married, pregnant and in desperate need of

money. Humbert goes to see Lolita, giving her money in

exchange for the name of the man who abducted her.

She reveals the truth: Clare Quilty, an acquaintance of

Charlotte's and the writer of the school play, checked her

of his pornographic films; when she refused, he threw

her out. She worked odd jobs before meeting and

marrying her husband, who knows nothing about her

past. Humbert asks Lolita to leave her husband, Dick,

and live with him, to which she refuses. He gives her a

large sum of money anyway, which secures her future.

As he leaves she smiles and shouts good bye in a

Humbert finds Quilty at his mansion; he intends to kil

him, but first wants him to understand why he must die;

he took advantage of a sinner (Humbert), he took

shoots him several times (throughout which Quilty is

bargaining for his life in a witty, though bizarre, manner).

Once Quilty has died, Humbert exits the house. Shortly

after, he is arrested for driving on the wrong side of the

road and swerving. The narrative closes with Humbert's

final words to Lolita in which he wishes her well, and

reveals the novel in its metafiction to be the memoirs of

his life, only to be published after he and Lolita have both

According to the novel's fictional "Foreword", Humbert

dies of coronary thrombosis upon finishing his