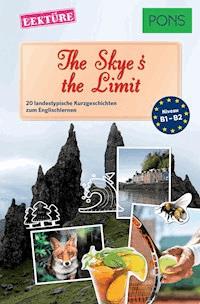 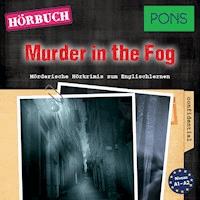 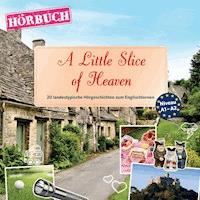 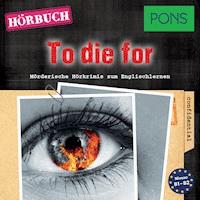 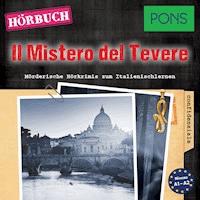 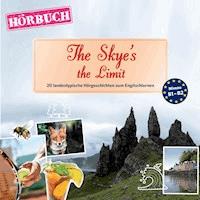 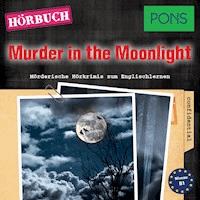 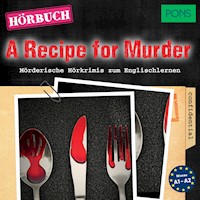 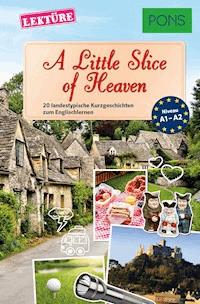 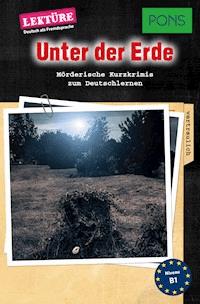 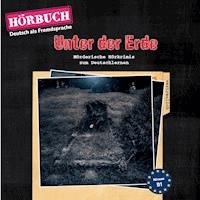 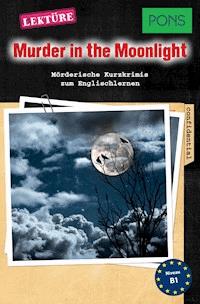 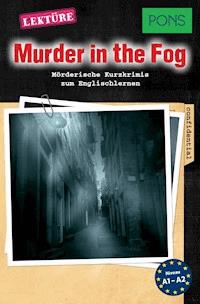 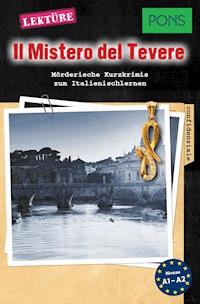 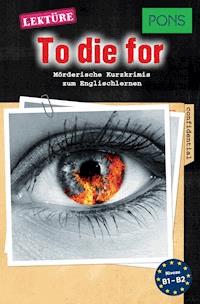 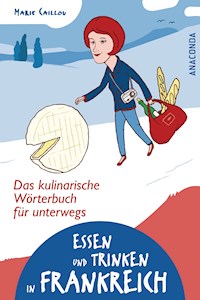 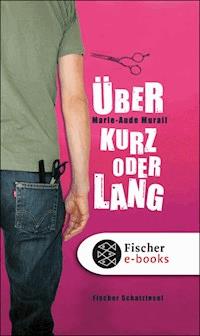 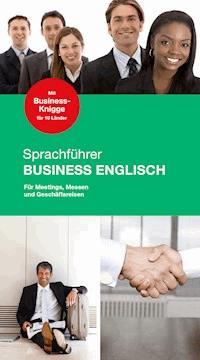 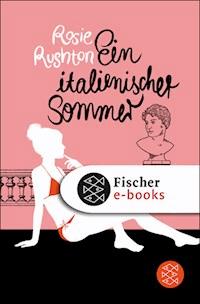 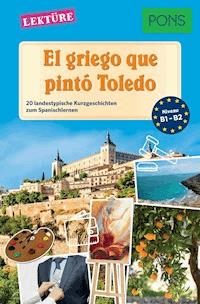 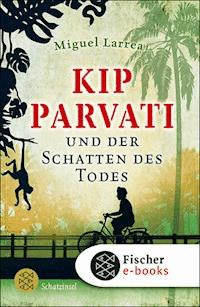 The Skye’s the Limit

THE SKYE’S THE LIMIT

Dominic Butler is an author and English teacher currently living, writing and teaching in Hungary. It could be said that creativity runs in the family, as his elder brother Matthew is a film director and his younger brother Graham, an actor. Educated in a traditional grammar school in the north of England, Dominic went on to hone his interest for literature at Sheffield Hallam University. A fan of all forms of fiction, Dominic has previously specialised in the crime genre, having created four collections of murderous tales for PONS readers. Now, however, he has chosen to put aside his ghoulish plots in favour of a second volume of short humorous stories with a twist; though he occasionally finds that even his most light-hearted stories may hide a shadowy surprise.

7. The Ghost Story of Jane Thornton

8. Neither Shaken nor Stirred

11. The Trouble with British Food

Outside the Witch’s Head the stormpersisted1,howling2through the small Lancashire village of Barley. Inside, however, alog fire3was nicely warming this typical English pub, and a football match on the old television in the corner wasdrowning out4the sound of the wind.

Perched on their usual seats at the bar,ageing regulars5Graham and Roy watched the match in comfortable silence, their pints ofchestnut brown bitter6emptying at a steady speed7.

“Good,” said Roy, his eyes not moving from the television screen.

“Good for you, maybe; I need some customers,” said the landlord as heidly11polished the bar.

“You’ve got us,” said Graham, holding out his now empty pint glass.

“Aye, and we like it quiet,” agreed Roy as he too offered his empty glass.

It was then that the door to the small pubswung open12and a tall young man in asoaking wet13anorak stepped in from the rain.

“Evening,” said the young manbrightly14, putting hisbackpack15down by the door and walking across to the bar.

“Some weather16, hey? Wow, this place is great! A real English pub, hey? It looks just like in the movies!” he said in a strong American accent. “Real English beer too? Is it any good? You guys drink it warm, right? Crazy!Oh my gosh17, is that a real log fire!? Listen, I’ve just been trekking across the hills here. I washeading for18some place called Colne, where a friend of mine lives, but I thought I would get out of this rain and see if you guys had a room for the night. Do you?”

Thelandlord19was a little shocked at the speed and enthusiasm of the monologue. “Er, yes, we do actually. It’s not very big, and I’ll need to tidy it up a little bit, but…”

“No problem! I can sit and have a pint with these guys, right? What’s that you’re watching? Soccer?” The American took a seat at the bar andshrugged off20his coat.

“Right, well it’s not too expensive, only thirty…” the landlord hesitated. “Er, forty, forty pounds for the night.”

“Great! I’ll take a pint of your best warm beer too.”

With agreedy21smile the landlord pulled the pint thenexcused himself22, saying that he would prepare the room.

“No rush!23” called the American as the landlord headed for the stairs. “I can chat to these guys!” and he turned his attention to Graham and Roy, who weretrying their hardest24to ignore him. “So guys, why’s this place called the Witch’s Head? Funny name, hey?”

Roy turned to the American and looked at him with a serious expression. “You mean you don’t know about the witches?”

The American grinned. “What witches?”

Graham shook his head. “The Pendle witches. That’sPendle Hill25out there in the storm. That’s where the witches live. Did you not know? This area is famous for them. In the seventeenth century more than ten of them were caught and killed because of the dark magic they were practising on that hill.”

Roy shook his head. “He’s not. In fact, a lot of people say that there are still witches up there, or at least the ghosts of them. Yep, people are always seeing strange things around here…especially in this pub.”

The American’s eyes were wide open, his expression suddenly as serious as theirs.

“Well, why do youreckon28it’s called the Witch’s Head? This is where one of them was caught and killed,” said Graham,sipping29at his pint. “Up in one of the bedrooms, wasn’t it, Roy?”

The American looked from one man to another, his smile reappearing. “No, you guys arepulling my leg30.”

The American was about to speak when there was suddenly a horriblewhining31noise from upstairs.

“What? What’s that?” he stammered.

Roy and Graham shook their heads and turned their eyes back to the television. “We just try to ignore it now. I mean, it’s not like we sleep here…you know, in the dark, all alone.”

The American blinked at them once more, then he stood up, his pint still untouched. “You know,on second thoughts32, I think I should probably…” then without finishing his sentence he dropped a five pound note on the bar, walked quickly to the door and stepped back out into the storm.

With arelieved sigh33Graham reached for thespare34pint and divided its contents between his and Roy’s glasses. It was just then that the landlord appeared at the bottom of the stairs with an almostancient looking vacuum cleaner35in his hands.

“Sorry about the noise…” he began saying. Then noticing the absence of the American he stopped andglared36at his regulars. “Not again!?”

Without saying a word, the two men each took a twenty pound note from their pockets and placed them on the bar.

“Worth every penny37,” said Graham.

Marcus Munroe surveyed his surroundingswith the air of1the perfect professional in control of all things.

Indeed, nobody could deny that the luxurious restaurant located on the thirty-first floor of the Shard could ask for a more efficient or well-organisedmaître d’2.

Tall and elegant, Marcus had the long Roman nose and darkreceding hairline3of a sophisticatedwell-bred4man. He also possessed a polite and reassuring smile, which never quite reached his brown eyes, and a perfect English accent which, though courteous, always let his diners know that whathesaid was undeniably correct.

“Excuse me,” a voice said, and Marcus turned to a young couple at the entrance.

“Good evening, sir, madam. Do you have a reservation?”

“Er, yes,” said the young man. “My name’s Barker. I think I spoke to you on the phone.” There was a nervousness about the young man which amused Marcus. Without even looking at the appointment book he knew exactly to whom he was speaking.

“Of course, sir. Mr Barker, eight o’clock. We have an especially nice table reserved for you. Would you like to follow me?”

Marcusturned on his heel5and led the guests through the restaurant.

As always, it was a vision of perfection bathed in soft candlelight and filled with nothing but gentle piano music and satisfied comments.

As they approached the vast crystal-clear windows which surrounded the restaurant, Marcus heard the young ladygasp in awe6.

“It certainly is,” said Marcus, with a nod of his head.

Below them the city of London sparkled with a hundred-thousand lights, the silent River Thames cutting a dark ribbon through the centre of the never-sleeping metropolis. Landmarks which normally impressed with their size and grandeur, such as the Millennium Wheel or Houses of Parliament, suddenly seemed miniature andtoy-like9.

“Table eleven, sir. The finest in the house, as requested.”

“Oh, John, you shouldn’t have!” said the young lady, though it was obvious that she was impressed.

Marcus let them know that their waiter would be with them in a moment then began to walk away, content that everything, as always, was going to plan.

“Excuse me,” said a voice, and suddenly Mr Barker was next to him,casting a nervous glance10around his shoulder.

“Yes, well, you remember what I asked on the phone?” he whispered. “Is it still okay?”

“Oh yes, I could hardly forget that, could I?” Mr Barker laughed nervously.

Marcus smiled. “And would you like to give it to me, sir?”

The nervous young man held out a rather shaky hand from which Marcus took a modest, yet not unappealing, engagement ring.

“And you remember what I said?” asked Mr Barker. “She always hasEton mess12for dessert if she can. Youdohave it on the menu tonight?” “We do, sir.” “Excellent! So your chef can place the ring on top of the dessert. I’ll order the chocolate cake, you know, so there are nohiccups13.”

“A wise decision, sir. I assure you that everything will go as planned,” said Marcus in such a reassuring tone that Mr Barker seemed to relax a little.

Turning back to the entrance, the maître d’hailed14one of his trusted waitresses. He was about to explain the situation to her when two more guests appeared at the doorway.

“Wait here, Jenny,” he said, thenfixing his smile in place15he turned to the newcomers.

“Parker, for two,” said the man in a strong American accent.

“Ah, yes. Apologies. My waiter will show you to your table. Carl, table seventeen,” said Marcus with a click of his fingers.

A waiter appeared and led the attractive young woman to the table. The man, however, did not move. “Is there something else, sir?”

“Damn straight!16Listen, I want this to be quick. It was her idea to come here. If it was up to me, I’d be in the casinoshooting craps17.”

“Don’t give me that rubbish! She’s just adumb broad18I see when I’m over here on business. So no wasting time. Get us served and do itquick19!” growled the man as he thrust a fifty pound note into Marcus’s hand and strode away.

“What an awful man,” Marcus muttered with a shake of his head. “Ah, Jenny. Now, listen carefully. You saw that man I was talking to before? He’s called Mr Barker. I want you to take this ring to the head chef...”

For the next hour or two everything continuedwith its usual ease20. The guests offered their compliments about the food, Marcus surveyed his kingdom, and everythingsailed along21perfectly.

It was only when he saw the head chef standing near the door of the kitchen that the maître d’ felt atwinge of worry22. “Is everything okay?” he asked as he slowly walked to stand beside him.

“Of course. It’s just I always like to watch this bit. You know, when the woman finds the ring.”

“Ah,” said Marcus with relief. “Do table eleven have their desserts already?”

“What?! Parker? No the ring was for...!” Then suddenly Marcusdashed23across his perfect restaurant, panicwelling up24in his chest like a spring. If he could just take the dessert from the woman before she saw the...

“Oh my God! Yes! Yes! Of course I’ll marry you!” A high-pitched voice squealed, and Mr Parker’s facedrained of colour25as he watched his female acquaintance take the ring from the top of the Eton mess.

Marcus slowed his mad dash and quickly turned away, a bead of sweat appearing at his brow.

Everything was ruined! His perfect evening was a disaster!

All he could do now was try to apologise to Mr Barker and find some way to set things right.

“Oh no, do you see that?” he heard Mr Barker’s young lady say. “What a horrible way topropose26, don’t you think, John? So public, so impersonal.”

As the words reached his ears, Marcus Munroe felta flood of relief wash over him27.Lifting a serviette to his head, he dabbed away the bead of sweat and then fixed his politest smile onto his face. “I’m terribly sorry to inform you, sir, but we areall out of28Eton mess.”

Mr Barker, who was not a perfect professional in control of all things, let out a sigh of relief. “Well, thank God for that!”

“And over there,” said Duncan, raising his hand and pointing across the fog-covered ocean, “we can see theOld Man of Storr1.”

Of the five passengers on his small tour boat, only the elderly English gentleman followed his finger with interest. “Ah yes, I see him. Impressiveold chap2, isn’t he?” Duncan nodded his head enthusiastically, but hisgaze3