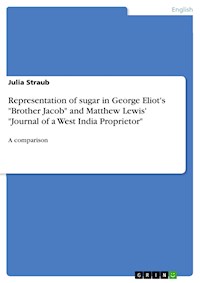 Document from the year 2018 in the subject English Language and Literature Studies - Literature, grade: 2,3, Cardiff University, course: English literature, language: English, abstract: "Brother Jacob" shows an example of the representation of sugar in a small town in Britain itself, whereas "The Journal of a West Indian Proprietor" rather represents the sugar production and life on the plantations in the colonies. This essay will look at different representations of sugar in the two works and will compare them to each other. “There is something about sugarcane, he isn’t what he seem---” . At first sight the sweet pleasure of sugar as we know it today and as we use it in our every-day life, might seem nothing but that, an innocent pleasure. But in times of the British colonies, where the history of sugar begins, it was so much more than that. The background of sugar is marked by oppression and violence. George Eliot’s "Brother Jacob" and Matthew Lewis’ "Journal of a West India Proprietor" are just two examples of literature which tell us about the representation of sugar and which make it clear that sugar isn’t what it might seem. Both books have been released in the 19th century, with one difference though. "Brother Jacob" was written after the Emancipation Act took place whereas Lewis’ "Journal" was written years before. The two stories show different representations of sugar under the light of slavery and colonialism. Since the 17th century sugar plantations in the West Indies were the main source of work and profit. As the West Indies were British colonies, many British businessmen became plantation owners. Their slaves worked under different conditions for their masters, most of them suffering a lot. But when the sugar was imported into Great Britain nothing reminded about the brutal way in which it was produced anymore. "On July 28, 1833, the Emancipation Act was passed in England, to take effect on August 1, 1834, but it emancipated only children under six, and “apprenticed” domestic and non-field workers to their former masters for a period of four year and plantation workers for six years” . This was a huge step against slavery. But still the slaves had to stay on the sugar plantations and some of them still worked under bad conditions. 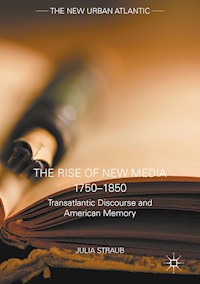 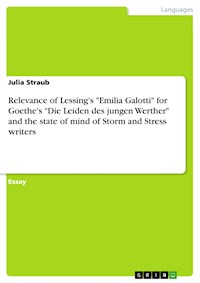 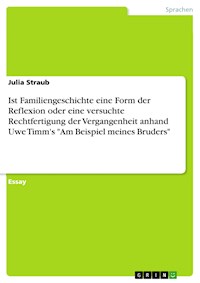 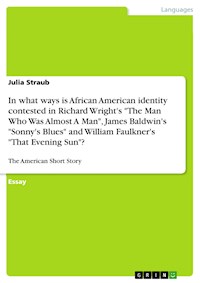 In what ways is African American identity contested in Richard Wright's "The Man Who Was Almost A Man", James Baldwin's "Sonny's Blues" and William Faulkner's "That Evening Sun"?
Julia Straub 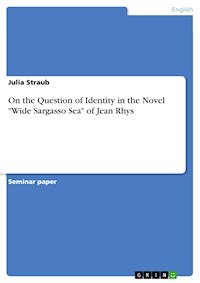 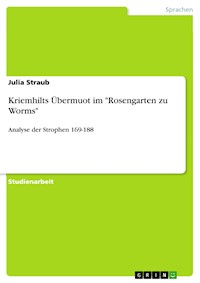 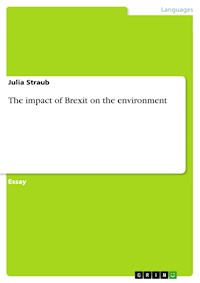 The impact of Brexit on the environment
Julia Straub 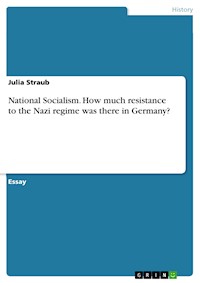 National Socialism. How much resistance to the Nazi regime was there in Germany?
Julia Straub 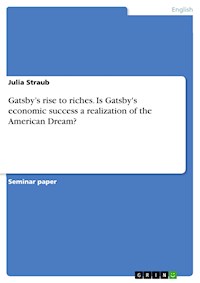 Gatsby’s rise to riches. Is Gatsby's economic success a realization of the American Dream?
Julia Straub 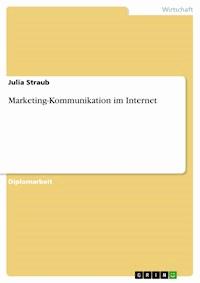