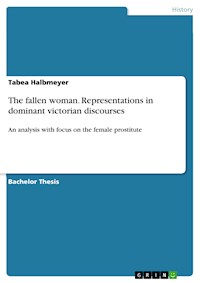 Bachelor Thesis from the year 2013 in the subject History Europe - Other Countries - Modern Times, Absolutism, Industrialization, grade: 1,0, Friedrich-Alexander University Erlangen-Nuremberg, language: English, abstract: The aim of this paper is to outline the complexity of the representations of the ‘fallen woman.’ All representations involved the fear of deviancy and the attempt to preserve the social and moral order. However, the strategies to deal with the ‘problem’ called ‘fallen woman’ were divergent. This paper is structured along modern forms of thinking. In Victorian times the differentiation of the religious, medical, judicial and literary fields was not as clear-cut as it is today. For this reason, the primary texts selected for the distinctive chapters might appear to belong to several discourses, not just the one assigned to them. It will become evident that the discourses on the ‘fallen woman’ reveal similar representations as well as contradictory ones. Even though the structure proposes the separation of the representations as victim and as threat, there are overlaps and the distinctions are not as definite as the outline suggests. In order to demonstrate basic ideas about the ‘fallen woman,’ there will be a strong focus on the female prostitute. Many aspects of the discourse on the ‘fallen woman’ become clear when looking at the topic of prostitution, which was thematized in Victorian culture and politics. Moreover, the term ‘stereotype’ will play a major role in this analysis. 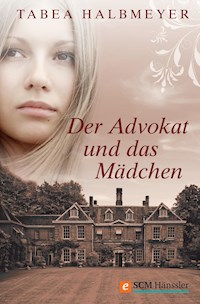 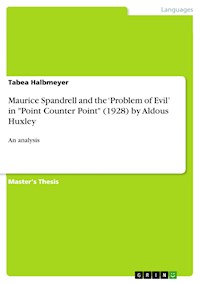