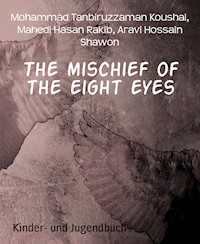 The mischief of the eight eyes E-Book

Piyal is a good student, one afternoon sitting by the pond thinking about his grandfather. His grandfather used to caress him very much. Not only grandpa, everyone loves him. But my grandfather's love was different. One thing about his grandfather was very surprising to him. And that is how his grandfather used to sit on the bank of the pond every afternoon as if he was upset. Petona Pial to find any suitable reason for this. He asked his mother about it but she did not say anything correctly. Later. Of course his father said. What did his father actually said? Pial always has a few friends. Among them, a boy named Shimul is not paying any attention to his studies. Occasionally he disappears from the house. That is why everyone calls him a jinn. One day Shimul disappeared in such a way that he never came back. Then Pyal became very worried and went out to find him and faced many thrilling events. Will Pial be able to find his friend? What thrilling events has he faced? 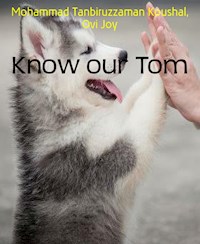 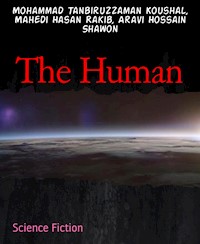 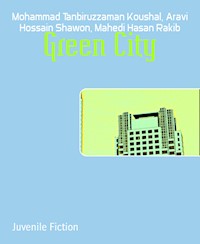 The mischief of the eight eyes

The mischief of the eight eyes

I used to spend happy time with my grandfather. There is no grandfather today. I remember my grandfather's face very much. Grandpa used to come home and sit on the paved ghat just before evening. What a story to tell. He knew the flowers and the fruits. He used to say the name of the tree. The name of the bird. But how sad my grandfather would be when he sat on the dock. He used to look at the calm water of the pond with one glance. Sometimes he would suddenly raise his eyes to the sky. He would sigh and come back to the water. Pial felt bad about it. One day without realizing it, he asked, "Grandpa, is your illness?"

One day Pyal asked his mother- why is Grandpa upset when mother Moni is in the afternoon?

Mother caressed her cheek and said- Oh, my sweetheart in so many ways. Why would Grandpa be upset! How many worries adults have. Maybe your grandfather has a thought too. You don't think anything.

Pyal also thought of something else in his mother's words that day. But the next afternoon Grandpa's pale face. That bored vision. Anamna vision in the calm water of that pond. Makes Pial think.

Later, when he grew up, he found out that his grandfather used to spend the afternoon talking with his grandmother. This is the dock. Grandpa has been in this condition since his grandmother died. Pial's father told this story. Grandpa is gone now. Pial's father is not there either. He is busy with business in Dubai. He came to the country once every six months. What a month and a half. Then leave. Of course, he calls almost every day, but not every day. Didn't call yesterday. Today will surely. If you do, today you will ask Pial- when will you come to the country? You have to bring a mobile and a computer. Because my father promised to buy me a computer if I was first in seventh grade. You can ask for a mobile phone by yourself. Pyal was thinking all this while sitting on the dock.

Pial is now a naughty teenager. The neighborhood is intoxicated. Pial knows all kinds of mischief. Tamal, Shimul, Russell, Robin are Pial's friends. The news spreads in the direction of the youngest day and night. Peers call it 'Pial Bahini'. The elders say the evil team! There are many more names of Pials. Whatever they say, they are just like them. No day. No night. Sports, falafali, hai chai and joy are great. Catching birds, eating fruit, jumping into the pond, swimming for a long time. Everything is in order. There is no rule. Yet everything goes like them. A good side of them makes everything else trivial. Everyone is good at studying. Except for Shimul. Impossible kind of stubborn boy Shimul. Her father was a teacher. What if he has no interest in education. If you have to pass any kind. In the end, Gelobar did it. He is supposed to study in the ninth grade. But after failing, he joined the eighth class with the Pials. How crowded with their team. Now Pyaldera provides various naughty intellects. When to do, where to do. His intellect is more useful than everyone else. That's why everyone likes him. Only Robin doesn't tolerate him in the slightest. No one can find any reason why not.

But Shimul has not been seen for a few days. Maybe grandpa's house. Or went to visit his aunt's house. Sometimes he suddenly disappears. When I met him, he said before asking - I went to my grandfather's house. Nanu sent the news. Or aunt sent urgent news. Pial knows that his grandson did not send the news at all. Not even aunt. It is nothing more than the intelligence to run away from school. However, Pial says- your grandparents caress you a lot-. Shimul did not say anything in reply. Turning around, he asked- Robin, Russell, Tamal, where are they?

They are all there. Tomorrow came. Will come today. They asked about you yesterday. You run away without telling anyone. Tell me a little damage is done with a little news? Said Pial.

Shimul did not reply to this. In this way Shimul hides his personal matters from the Pials. No one knows why the cups. Yet friendship. However, there is no obstacle for them to run together. Pyal was thinking all this while sitting on the dock of the pond last afternoon. I have not met Shimul for three days today. Tamal Robin Orao doesn't know where Shimul is. Why Shimulata hides himself. No one knows why. But mischief has not diminished at all. When there is a gap again, he becomes anxious. When Ray Shimul asked what happened to you, he said- nothing happened to me! For some reason, Maya wakes up to Shimul.

The sun is about to set. The sun is red like the yolk of an egg. The color of the sun is shining like a bunch of blood on the clouds. Piyal's eyes seemed to be stuck in the body of the sun. How many evenings he saw sitting on this dock. How many evenings he spent with his grandfather. Grandpa showed how many flocks of birds flew in the evening. This evening is different. Wake up in another color. The flock of deer flew from south to north. Another flock of birds with black wings also flew to the northern horizon. Pial looked pretty. In these environments he becomes anxious.

Pial suddenly felt the pressure of someone's hand on his shoulder.

He kept his eyes on the sky and said- You are so late, can you?

That empty tamal is your friend! There is no one else, said Shimul with a smile. Pial said a little arrogantly - no - that's it. If there was, there would have been communication. Do you have any news? Today is three days. Didn't tell anyone. I didn't tell you where you went. Now where is Eli suddenly like Jin?

Hey, I am the jinn, said Shimul. Everyone calls me a jinn. You also said. Mother does not speak without jinn. There is a similarity with my nature or only the nature of the jinn. Got it. You will tell me where my mother is. Ball groom more groom. I have no problem finding peace. Rather, there is joy. Value Even though I am a jinn.

Pial said- Surely you are doing something that is unusual. That's why you are called a jinn.

You know, I have benefited a lot from this - said Shimul.

Pial asks- what is the benefit Ray?

Shimul smiled and said that the facility is absolutely cash. No one keeps my deposit incomplete. Except for Mom. Mom doesn't care about my bayonet. There is no benefit in walking around at night and arguing too much. You can get it almost immediately if you hold the food deposit.

Pial said- I also have the facility to walk around at night. What makes you different from this? And food? Even if I say no, I get it.