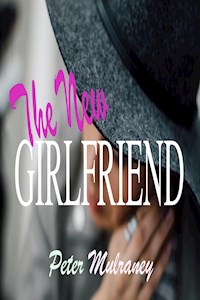 For reasons known only to science, there are men who believe they can’t live without a woman in their lives.
Dave Chambers is one of them. Unfortunately for Dave, the woman in his life dies on him.
The New Girlfriend is Dave’s story of how he copes with that unexpected and poorly timed death, and meets ‘The New Girlfriend’.
As any man can tell you, finding a new girlfriend is not as easy as it sounds when his friends, usually in a pub somewhere, are encouraging him to get out and meet someone new.
Like most love stories, Dave’s experience of ‘The New Girlfriend’ is not all smooth sailing. It has some heartache, some funny moments, and a promising ending.
If you enjoy a light hearted look at life, even at some of its darker moments, you’ll enjoy The New Girlfriend. 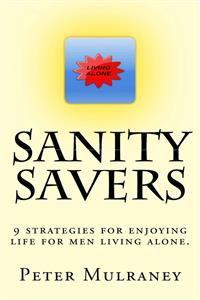 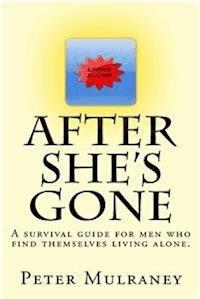 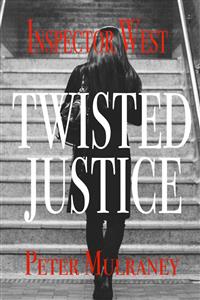 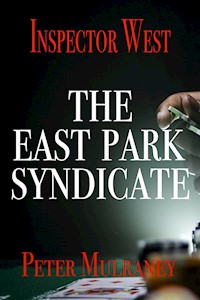 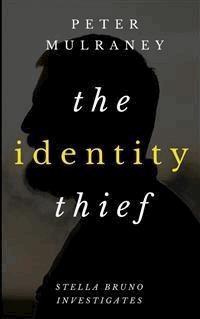 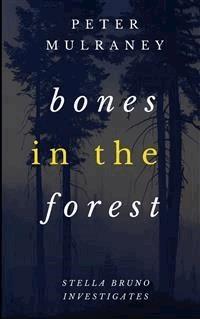 Bones in the Forest
Peter Mulraney 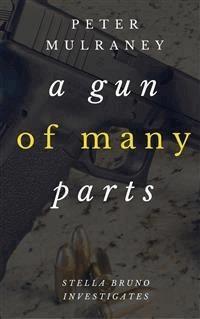 A Gun of Many Parts
Peter Mulraney 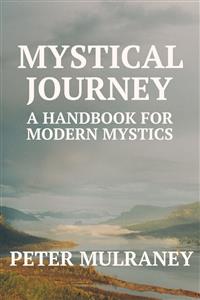 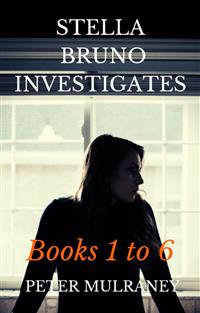 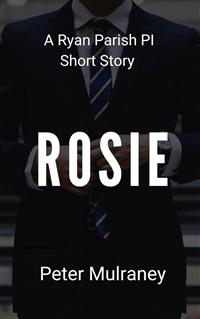 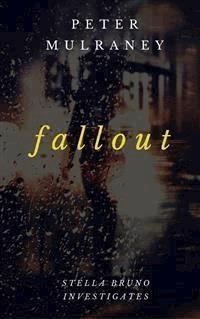 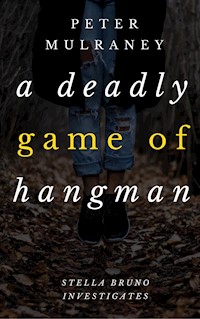 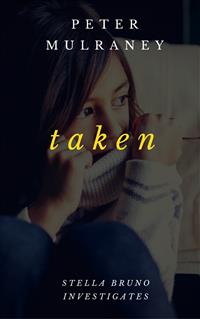 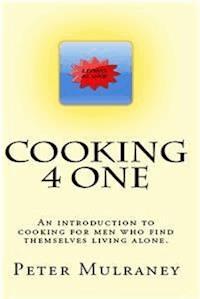 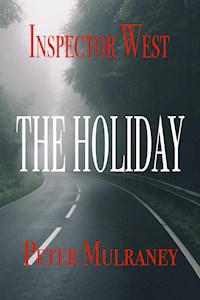 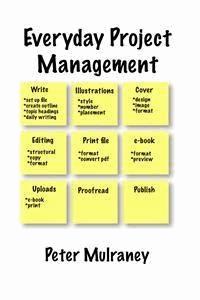 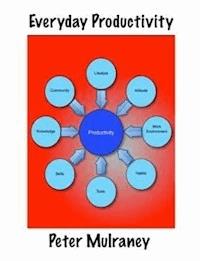 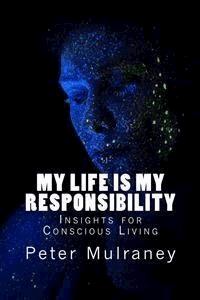 My Life is My Responsibility
Peter Mulraney 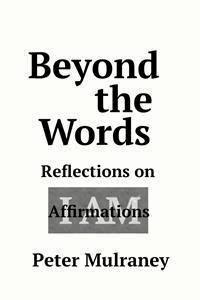 Beyond the Words
Peter Mulraney

This is a work of fiction. All characters and events, other than those clearly in the public domain, are products of the author’s imagination, and any resemblance to actual people, living or dead, is coincidental.

A note from Peter

For Sam and Stephen, whose new girlfriend adventures ignited the idea for this story.

Something doesn’t sound right. I look up from my screen. The office is empty. I’m sure they must have said their usual goodbyes. It seems they didn’t register. Happens when I’m focused. I probably wished them all a goodnight and waved in their general direction as they left.

I look at the clock in the bottom right of my screen. It’s 17:15. I started at 7:30; so I’ve well and truly done my required hours for the day. Most of my colleagues, working in offices located in the eastern states, are well into their journey home for the night.

I’m sitting in the Adelaide office, waiting for Jane to text and tell me that she is on her way. She’s usually here by 17:30 on a Monday, unless some student crisis has erupted during her day, so I should be getting her message any minute now. There’s the ping. Time to shut down my computer so I don’t keep her waiting. She hates that. Seems her moments are more important than mine.

Anyway, I am standing at the kerb when she pulls up in front of the office. I’ve learnt my lesson. She’s a good teacher.

‘Hi, sweetheart.’ I give her a quick peck on the cheek. ‘How was your day?’

She looks into the side mirror and pulls out into the stream of traffic heading east. ‘Don’t ask. That bloody Oliver Dunbar attacked one of the teachers today. Punched her in the face. We had to call in his parents and the police.’

I’ve been listening to stories about this Oliver kid for weeks. ‘About bloody time someone stood up to the little shit.’

‘Bloody father’s such a dickhead! He’s threatening to sue the school.’

‘Says we’re out to ruin his son’s chances in life.’

‘Why doesn’t he change schools?’

‘We’re the end of the line. He’s been expelled from every other school in the zone.’

‘Like to be in court when that case comes up.’

She laughs. ‘How was your day?’

‘The usual shit. I’ve just about got that final project report finished.’

She looks at me, before quickly refocusing on the road ahead. ‘What are you going to do when it’s finished?’

‘I’ve got a meeting with Rob Wellington to discuss that tomorrow morning, over coffee.’

‘Do you guys ever meet without having a coffee?’

‘Someone has to keep the local economy going.’

She guides the car into the traffic on Payneham Road. We should be home in another twenty minutes.

It’s my turn to cook. I’m not the world’s greatest cook but I’ve mastered enough dishes to hold up my end of the bargain. Besides, I seem to have more time on my hands when we get home than what Jane does. She’ll be back at work in her home office after we’ve eaten. I won’t be back at work until tomorrow morning.

I can’t stand those people that reckon teachers have it easy. Sure, they might get more holidays than the rest of us but they seem to work a hell of a lot of hours without overtime during school terms, and they have to suffer everybody else’s brats. Who’d want to work with kids like Oliver Dunbar every day? Not me. It’s bad enough having to go on holidays with them.

Tonight, I’m cooking Atlantic salmon and preparing a mixed green salad. Jane’s trying to lose weight again, so there won’t be a dessert. The sacrifices we make for the ones we love.

She’s gone into the sitting room to meditate while I get things ready. Twenty minutes should be more than enough time. I pour myself a cold white wine. At least I can enjoy a glass without feeling guilty. Jane stopped drinking years ago. Been a real benefit, when you think about it. Bloody nanny state reckons you can’t drive when your blood alcohol reading is only 0.05. Anyway, once Jane decided she wasn’t drinking that was one less problem I had to worry about.

Of course, there is a downside. There always is. When we have a good night out and I have a few reds, she’s cold sober, so I get to sleep in the spare room. Apparently, a sober wife can hear you snoring.

It might be the wine, but when she joins me at the table I decide to raise something that’s been on my mind for the last couple of months.

‘I wondered when you’d bring that up.’

Seems a bloke can’t keep a secret even when he’s trying. ‘Well, it feels like things are over at work, and I’m not just talking about the project.’

‘Can we afford for you to retire?’

Typical question. She really has no idea about our finances or how any of that stuff works. I could say anything but elect to go with the truth, as I know it.

‘I’ve spoken to the superannuation people. I’ll be sixty next month. If I wait until then, my super pension will be tax free. When you do the sums, the difference in my take home pay will only be a couple of hundred dollars a month.’

‘I got them to do an estimate for me.’

Jane finishes her salmon and wipes the salad dressing from her plate using her fingers. I guess when you’re on a diet everything on the plate is attractive.

‘I’m not ready to retire yet.’

‘I’m not saying you have to retire. I’m saying I want to retire.’

‘What will you do? I don’t want you doing what my father did. You know, retire, paint the house, go on an overseas holiday and drop dead. Mum still hasn’t forgiven him.’

‘That’s not the plan. To start with, if anybody is going to paint this house it certainly won’t be me. In fact, I’d like to sell it and move over to Somerton Park or Brighton, so we can be by the sea.’

‘That would be nice. Do you think we could afford a house over there?’

‘It’s something we could look into. At least we’ve paid this one off.’

She gives me one of her I’ve got stuff to do looks and stands from the table. ‘I’m sorry, honey, but I have work to do. All that time I lost dealing with bloody Oliver Dunbar. I’ve got a thousand things on my list. Perhaps we can talk about this on the weekend.’

I watch her disappear through the doorway that leads to the room she uses as her home office, and decide that didn’t go too badly. I clean up the kitchen, stack the dishwasher, top up my wine glass and settle in for a night of TV.

Assistant Commissioner Rob Wellington is ordering the coffees when I arrive for our 8:30 meeting. Rob likes punctuality and I like him. We’ve worked together on several projects over the years. He’s twenty years younger than me and on the way up. We meet for coffee at least once a month, always in the same coffee shop in Victoria Square.

‘When will I have your final report, Dave?’ he says, when he joins me at the table.

‘By close of business, today.’

‘What’s on your plate after that?’

‘Thought that’s what we were here to discuss.’

The girl arrives with our coffees. Flat white in a mug for Rob and a long black for me. She’s cute. She’s one of the reasons we come here. I hate it when the serving staff are surly. Jasmine is friendly and a real flirt, especially when I’m having a coffee with Ben and Andy, which is usually every morning around 10:30.

Rob takes a sip of his coffee and looks around the coffee shop.

‘You still thinking about retiring?’

‘Raised it with Jane last night.’

‘Better than I thought it would. Her only concern was that I didn’t go and do what her father did when he retired.’

‘Yeah, well I can see how she’d think that was a bummer.’

‘She’d still get a shitload of cash.’

Rob looks around the shop again. We are the only people from the office having coffee, so I wonder what he is going to say.

‘They’re cutting our budget again. We’ve been told to shed resources. I wanted to give you a heads up that we’ll be offering packages later today for people at your level. If you put your hand up, I’ll support your application.’

Rob shakes his head. ‘Might be the last chance you get to pick up a package. The boss is looking to replace people like you with younger, less expensive models.’

‘That’s pretty ambitious. The last round took nearly a year.’

‘We’re only offering it to staff at your level, and we’ll be using a streamlined process. In fact, your application will need to be in by close of business next Tuesday, if you want in.’

‘Have you spoken to Jim?’

‘No, but when you put in your application you can tell him I’ll endorse it.’

I drink my coffee. This sounds like the opportunity I’ve been waiting for. A package will get me immediate access to my super pension and provide a lump sum payment equivalent to a year’s take home pay. I can’t see Jane objecting to that.

‘What am I supposed to do for the next three months?’