The New Woman on the Patriarchal Stage. The Development of "Feminist" Expressionist Theatre E-Book

Essay from the year 2010 in the subject Theater Studies, Dance, grade: 2, University of Queensland (St. Lucia Campus), course: DRAM2030 - Experimentation in 20 Century Theatre, language: English, abstract: Gender politics plays out in all forms of media and art, including theatre. This essay examines how cross-cultural barriers and the way in which theatre canon is compiled and documented affects the way in which we understand theatre in terms of those politics. In the case of German Expressionist Theatre - a theatre form which has been noted to be notorious for its portrayal of mysogenistic attitudes towards women - it is interesting to see how American female playwrights attempted to turn that discourse on its head while their German female 'sisters' were effectively 'silenced' through the procuring and cataloging of Expressionist literature by those who wished for their attempts at an alternative gender narrative to be wiped out completely from history. The three female American playwrights that this essay focuses on are Susan Glaspell, Sophie Treadwell and Adrienne Kennedy, all of whom faced their own personal difficulties as women in the 20th Century (in Kennedy's case as a woman of colour during that time period). A brief historical account of First and Second Wave Feminism is discussed alongside these playwrights' lives and works, in order to demonstrate how their theatre reflected their struggles and hopes for a much better world where all women can truly be considered equals. 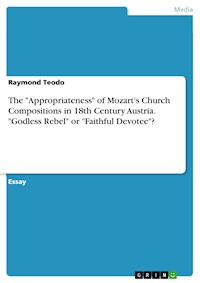 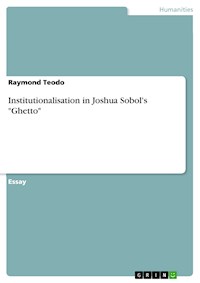 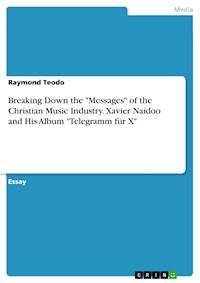 Breaking Down the "Messages" of the Christian Music Industry. Xavier Naidoo and His Album "Telegramm für X"
Raymond Teodo