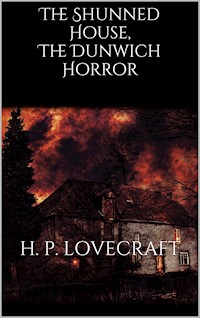 "Gorgons, and Hydras, and Chimeras-dire stories of Celæno and the Harpies-may reproduce themselves in the brain of superstition-but they were there before. They are transcripts, types-the archetypes are in us, and eternal. How else should the recital of that which we know in a waking sense to be false come to affect us at all? Is it that we naturally conceive terror from such objects, considered in their capacity of being able to inflict upon us bodily injury? Oh, least of all! These terrors are of older standing. They date beyond body-or without the body, they would have been the same...That the kind of fear here treated is purely spiritual-that it is strong in proportion as it is objectless on earth, that it predominates in the period of our sinless infancy-are difficulties the solution of which might afford some probable insight into our ante-mundane condition, and a peep at least into the shadowland of pre-existence." 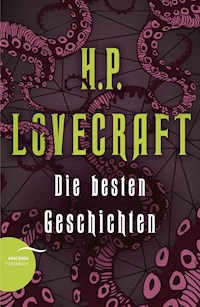 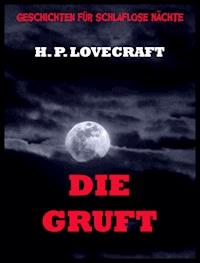 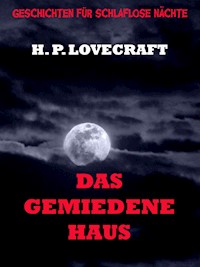 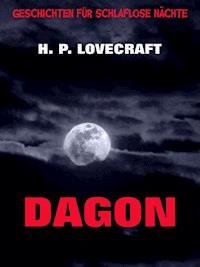 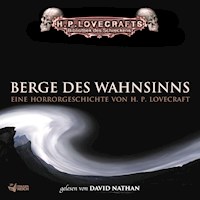 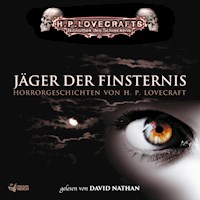 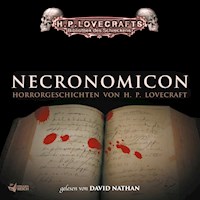 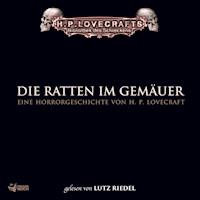 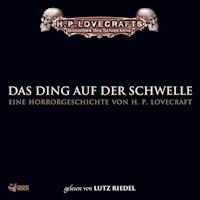 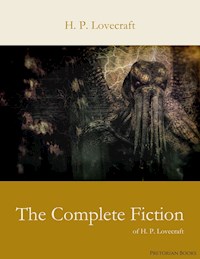 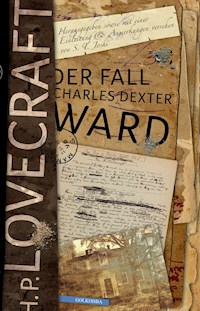 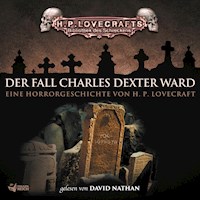 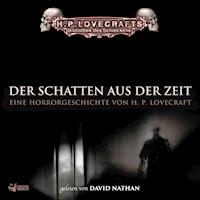 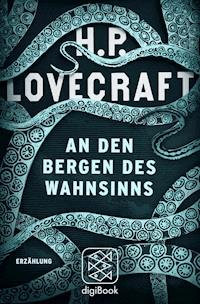 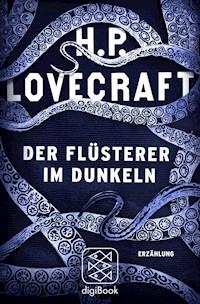 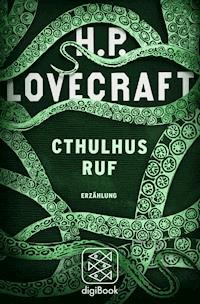 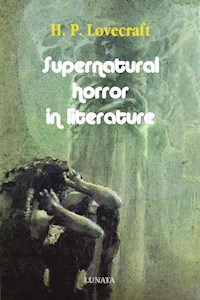 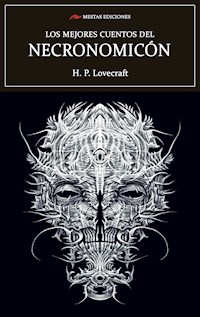 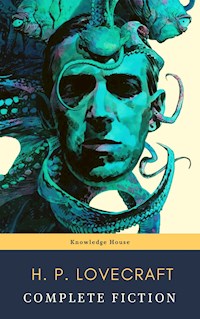 The Complete Fiction of H. P. Lovecraft: At the Mountains of Madness, The Call of Cthulhu
H.P. Lovecraft 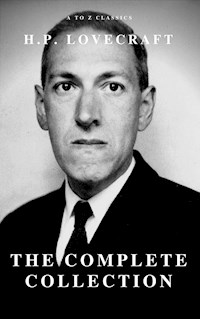 The Shunned House, The Dunwich Horror

The Shunned House, The Dunwich Horror

A posthumous story of immense power, written by a master of weird fiction—a tale of a revolting horror in the cellar of an old house in New EnglandFrom even the greatest of horrors irony is seldom absent. Sometimes it enters directly into the composition of the events, while sometimes it relates only to their fortuitous position among persons and places. The latter sort is splendidly exemplified by a case in the ancient city of Providence, where in the late forties Edgar Allan Poe used to sojourn often during his unsuccessful wooing of the gifted poetess, Mrs. Whitman. Poe generally stopped at the Mansion House in Benefit Street—the renamed Golden Ball Inn whose roof has sheltered Washington, Jefferson, and Lafayette—and his favorite walk led northward along the same street to Mrs. Whitman's home and the neighboring hillside churchyard of St. John's, whose hidden expanse of Eighteenth Century gravestones had for him a peculiar fascination.Howard Phillips Lovecraft died last March, at the height of his career. Though only forty-six years of age, he had built up an international reputation by the artistry and impeccable literary craftsmanship of his weird tales; and he was regarded on both sides of the Atlantic as probably the greatest contemporary master of weird fiction. His ability to create and sustain a mood of brooding dread and unnamable horror is nowhere better shown than in the posthumous tale presented here: "The Shunned House."Now the irony is this. In this walk, so many times repeated, the world's greatest master of the terrible and the bizarre was obliged to pass a particular house on the eastern side of the street; a dingy, antiquated structure perched on the abruptly rising side hill, with a great unkempt yard dating from a time when the region was partly open country. It does not appear that he ever wrote or spoke of it, nor is there any evidence that he even noticed it. And yet that house, to the two persons in possession of certain information, equals or outranks in horror the wildest fantasy of the genius who so often passed it unknowingly, and stands starkly leering as a symbol of all that is unutterably hideous.The house was—and for that matter still is—of a kind to attract the attention of the curious. Originally a farm or semi-farm building, it followed the average New England colonial lines of the middle Eighteenth Century—the prosperous peaked-roof sort, with two stories and dormerless attic, and with the Georgian doorway and interior panelling dictated by the progress of taste at that time. It faced south, with one gable end buried to the lower windows in the eastward rising hill, and the other exposed to the foundations toward the street. Its construction, over a century and a half ago, had followed the grading and straightening of the road in that especial vicinity; for Benefit Street—at first called Back Street—was laid out as a lane winding amongst the graveyards of the first settlers, and straightened only when the removal of the bodies to the North Burial Ground made it decently possible to cut through the old family plots.At the start, the western wall had lain some twenty feet up a precipitous lawn from the roadway; but a widening of the street at about the time of the Revolution sheared off most of the intervening space, exposing the foundations so that a brick basement wall had to be made, giving the deep cellar a street frontage with door and one window above ground, close to the new line of public travel. When the sidewalk was laid out a century ago the last of the intervening space was removed; and Poe in his walks must have seen only a sheer ascent of dull gray brick flush with the sidewalk and surmounted at a height of ten feet by the antique shingled bulk of the house proper.
"That awful door in Benefit Street which I had left ajar."

Not till my adult years did my uncle set before me the notes and data which he had collected concerning the shunned house. Doctor Whipple was a sane, conservative physician of the old school, and for all his interest in the place was not eager to encourage young thoughts toward the abnormal. His own view, postulating simply a building and location of markedly unsanitary qualities, had nothing to do with abnormality; but he realized that the very picturesqueness which aroused his own interest would in a boy's fanciful mind take on all manner of gruesome imaginative associations.

The doctor was a bachelor; a white-haired, clean-shaven, old-fashioned gentleman, and a local historian of note, who had often broken a lance with such controversial guardians of tradition as Sidney S. Rider and Thomas W. Bicknell. He lived with one man-servant in a Georgian homestead with knocker and iron-railed steps, balanced eerily on the steep ascent of North Court Street beside the ancient brick court and colony house where his grandfather—a cousin of that celebrated privateersman, Captain Whipple, who burnt His Majesty's armed schoonerGaspeein 1772—had voted in the legislature on May 4, 1776, for the independence of the Rhode Island Colony. Around him in the damp, low-ceiled library with the musty white panelling, heavy carved overmantel and small-paned, vine-shaded windows, were the relics and records of his ancient family, among which were many dubious allusions to the shunned house in Benefit Street. That pest spot lies not far distant—for Benefit runs ledgewise just above the court house along the precipitous hill up which the first settlement climbed.

When, in the end, my insistent pestering and maturing years evoked from my uncle the hoarded lore I sought, there lay before me a strange enough chronicle. Long-winded, statistical, and drearily genealogical as some of the matter was, there ran through it a continuous thread of brooding, tenacious horror and preternatural malevolence which impressed me even more than it had impressed the good doctor. Separate events fitted together uncannily, and seemingly irrelevant details held mines of hideous possibilities. A new and burning curiosity grew in me, compared to which my boyish curiosity was feeble and inchoate.

The first revelation led to an exhaustive research, and finally to that shuddering quest which proved so disastrous to myself and mine. For at the last my uncle insisted on joining the search I had commenced, and after a certain night in that house he did not come away with me. I am lonely without that gentle soul whose long years were filled only with honor, virtue, good taste, benevolence, and learning. I have reared a marble urn to his memory in St. John's churchyard—the place that Poe loved—the hidden grove of giant willows on the hill, where tombs and headstones huddle quietly between the hoary bulk of the church and the houses and bank walls of Benefit Street.

The history of the house, opening amidst a maze of dates, revealed no trace of the sinister either about its construction or about the prosperous and honorable family who built it. Yet from the first a taint of calamity, soon increased to boding significance, was apparent. My uncle's carefully compiled record began with the building of the structure in 1763, and followed the theme with an unusual amount of detail. The shunned house, it seems, was first inhabited by William Harris and his wife Rhoby Dexter, with their children, Elkanah, born in 1755, Abigail, born in 1757, William, Jr., born in 1759, and Ruth, born in 1761. Harris was a substantial merchant and seaman in the West India trade, connected with the firm of Obadiah Brown and his nephews. After Brown's death in 1761, the new firm of Nicholas Brown & Company made him master of the brigPrudence, Providence-built, of 120 tons, thus enabling him to erect the new homestead he had desired ever since his marriage.

The site he had chosen—a recently straightened part of the new and fashionable Back Street, which ran along the side of the hill above crowded Cheapside—was all that could be wished, and the building did justice to the location. It was the best that moderate means could afford, and Harris hastened to move in before the birth of a fifth child which the family expected. That child, a boy, came in December; but was still-born. Nor was any child to be born alive in that house for a century and a half.

The next April, sickness occurred among the children, and Abigail and Ruth died before the month was over. Doctor Job Ives diagnosed the trouble as some infantile fever, though others declared it was more of a mere wasting-away or decline. It seemed, in any event, to be contagious; for Hannah Bowen, one of the two servants, died of it in the following June. Eli Lideason, the other servant, constantly complained of weakness; and would have returned to his father's farm in Rehoboth but for a sudden attachment for Mehitabel Pierce, who was hired to succeed Hannah. He died the next year—a sad year indeed, since it marked the death of William Harris himself, enfeebled as he was by the climate of Martinique, where his occupation had kept him for considerable periods during the preceding decade.