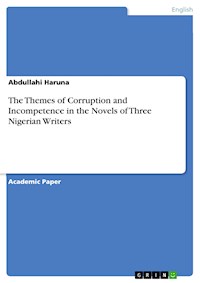 Academic Paper from the year 2019 in the subject English Language and Literature Studies - Literature, Modibbo Adama University of Technology, Yola, language: English, abstract: This paper analyses the depiction of corruption and incompetence in Festus Iyayi’s "Violence", Chinua Achebe’s "Anthills of the Savannah" and Kris Obodumu’s "Die a little". Literature from any part of the world is a response to definite historical and socio-political variables of its time. African literature, to a large extent, could be considered as protest literature.The protest culture rooted in the protest against slavery and colonialism now bears on post-independence social ills like corruption and incompetence which are so widespread in African political and governmental circles. Nigerian writers, especially novelists, have played a significant role in the growth and development of African literature through a vast array of highly successful novels. Studies show that Nigerian novelists like Festus Iyayi, Chinua Achebe and Kris Obodumu direct their critical searchlights on problems associated with corruption and incompetence in governmental circles which seem endemic to Nigeria. Festus Iyayi in "Violence" is very much disturbed by the rate at which his society is decaying through the effect of corruption and incompetence after independence. The novel is basically set to reflect the moral decadence in Nigerian society between 1960 to the early 80s. Eight years after the publication of "Violence" corruption and incompetence had not only remained the order of the day in the Nigerian Society, but had also taken a sophisticated dimension. "Anthills of the Savannah" could be said to be the means through which Achebe shows his disgust for corruption, mediocrity and incompetence in the Nigerian political circle during the years of military dictatorship. Obodumu’s "Die a Little" is concerned with the examination of the inevitable consequences of bad national economic policy hastily put in place by a corrupt and incompetent regime without considering its impact on the people. 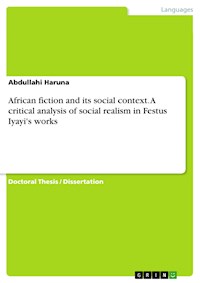 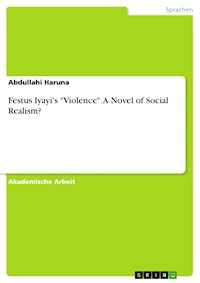 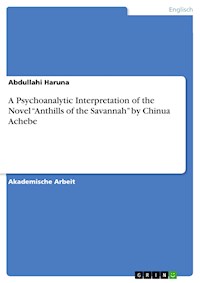 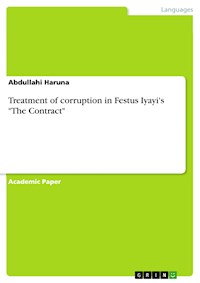 Treatment of corruption in Festus Iyayi's "The Contract"
Abdullahi Haruna