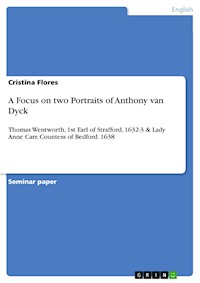 A Focus on two Portraits of Anthony van Dyck E-Book

Seminar paper from the year 2011 in the subject English Language and Literature Studies - Culture and Applied Geography, grade: 1,3, University of Paderborn, language: English, abstract: In this essay I will focus on two single portraits of the Flemish painter and portratist Anthony van Dyck (1599-1641). The first one portrays Thomas Wentworth, 1st Earl of Strafford (1632) and the second one Lady Anne Carr, Countess of Bedford (1638). Both paintings were painted during the 1630’s – the Caroline era – in Britain. Charles I became the king of England in 1625 and one cansay that the first fifteen years of reign were “remarkably peaceful” even if he reigned without a parliament and only with the help of some confidants inter alia Thomas Wentworth, 1st Earl of Strafford. There were only conflicts in religious matters as Charles I married a catholic woman in Protestant England which caused the first strained relations between the two religious groups. Additionally, the Bishop of London wanted to abolish the Presbyterian Church constitution in Scotland and insert the Anglican Church instead. This led to the Scot’s protest and invasion of England. Finally, all these factors unleashed an uprising and the Civil War in the 1640’s. Another interesting fact is that the Court of Charles I has been called the “last Renaissance Court in England [which was] extremely formal, imbued with an atmosphere of elegance and […] high morality”. Additionally, there was the idea of Platonic Love at Court which came from Italy. Its main notion was “the transference of the Platonic pattern of divine love to a chosen lady, who was then to be worshipped as the embodiment[!] of highest perfection”. To show all the aims and meanings of van Dyck’s portraits I chose a portrait of a man and one of a woman. In both cases I will start by noting my first impressions and then, in a second step, analyse the portrait following a precise scheme. There will be an analysis of the formal aspect and afterwards of the costume, the body and the props used. At the end, there will be a conclusion summarising the most crucial features of van Dyck’s courtly portraits. 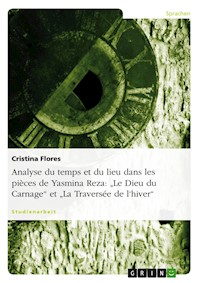 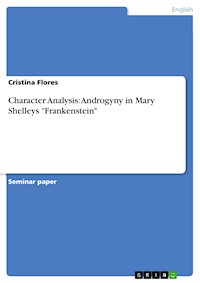 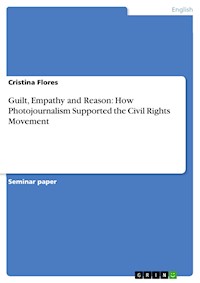 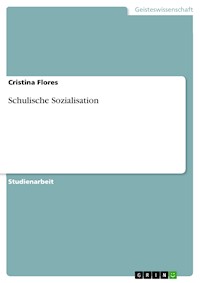