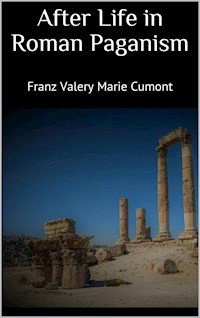 After Life in Roman Paganism E-Book

The idea of death has perhaps never been more present to humanity than during the years through which we have just passed. It has been the daily companion of millions of men engaged in a murderous conflict; it has haunted the even larger number who have trembled for the lives of their nearest and dearest; it is still constantly in the thoughts of the many who nurse regret for those they loved. And doubtless also, the faith or the hope has never more imposed itself, even on the unbelieving, that these countless multitudes, filled with moral force and generous passion, who have entered eternity, have not wholly perished, that the ardour which animated them was not extinguished when their limbs grew cold, that the spirit which impelled them to self-sacrifice was not dissipated with the atoms which formed their bodies. 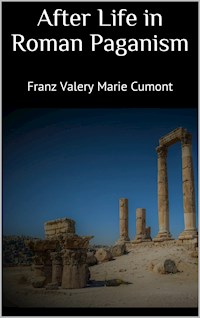 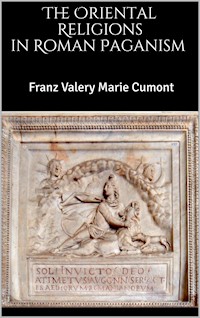 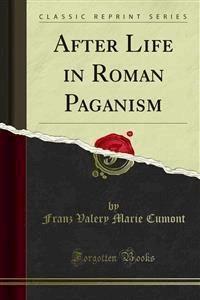 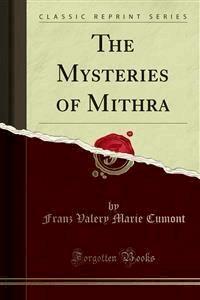 I   AFTER LIFE IN THE TOMB

IV   THE WINNING OF IMMORTALITY

VI   THE JOURNEY TO THE BEYOND

VII   THE SUFFERINGS OF HELL AND METEMPSYCHOSIS

VIII   THE FELICITY OF THE BLESSED

At the invitation of the President of Yale University and of Professor Russell H. Chittenden, chairman of the committee in charge of the Silliman Foundation, the lectures which are here presented to a wider public were delivered in New Haven during the month of March of the year 1921. It was the wish of the committee that I should speak upon some subject from the history of religion. I chose therefore as my theme a matter which had occupied my attention for many years, viz., the ideas current in Roman paganism concerning the lot of the soul after death. The argument has been treated more than once by distinguished scholars and notably—to mention only an English book—by Mrs. Arthur Strong in her recent work “Apotheosis and After Life,” a study characterised by penetrating interpretation, especially of archaeological monuments. But we do not yet possess for the Roman imperial epoch a counterpart to Rohde’s classical volume, “Psyche,” for the earlier Greek period, that is, a work in which the whole evolution of Roman belief and speculation regarding a future life is set forth. These lectures cannot claim to fill this gap. They may however be looked upon as a sketch of the desired investigation, in which, though without the detailed citation of supporting evidence, an attempt at least has been made to trace the broad outlines of the subject in all its magnitude.The lectures are printed in the form in which they were delivered. The necessity of making each one intelligible to an audience which was not always the same, has made inevitable some repetitions. Cross references have been added, where the same topics are treated in different connections. However, in a book intended primarily for the general reader, the scholarly apparatus has been reduced to a minimum and as a rule indicates only the source of passages quoted in the text.My acknowledgment is due to Miss Helen Douglas Irvine, who with skill and intelligent understanding of the subject translated into English the French text of these lectures. I wish also to express my gratitude to my friends, Professor George Lincoln Hendrickson, who took upon himself the tedious task of reading the manuscript and the proofs of this book and to whom I am indebted for many valuable suggestions both in matter and in form, and Professor Grant Showerman, who obligingly consented to revise the last chapters before they were printed.Rome, September, 1922.