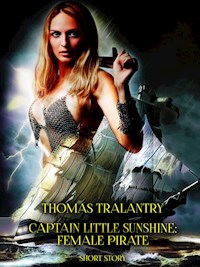 Allison wants to rescue her father with his crew, who has been kidnapped by some other pirates. But this was for a special reason. Can he be rescued, before it is too late? A short story with action, fun and excitement. 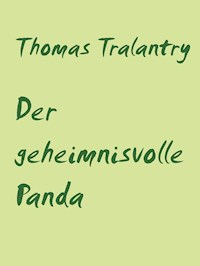 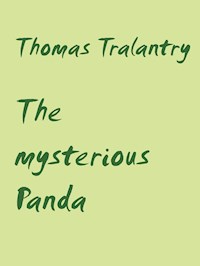 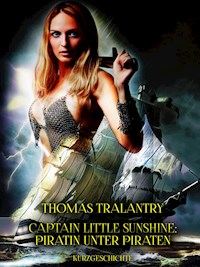 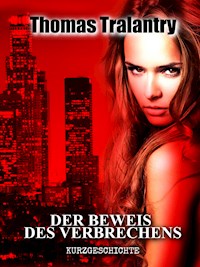 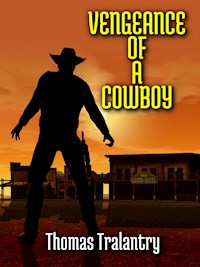 Vengeance Of A Cowboy
Thomas Tralantry 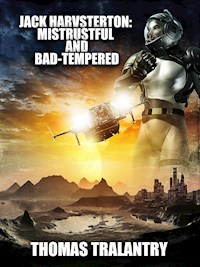 “And what would you like to do now, "Captain Little Sunshine"?”

Allison didn’t fail to hear the disparaging undertone in Harry’s question. Also that he accented her nickname sharply showed, that he wasn’t particularly enthusiastic about the present situation. But who was it from them?

“No reason to let your anger out on me. If you want, then let it out on those guys there below!”

She pointed down at the entrance of a cave. Several men stood there in front of it. Heavily armed with sabers and guns. They looked around, ready to kill every stranger or attacker. Pirates. Exactly like Little Sunshine and her entourage.

“And generally: Stop pronouncing my name so despicable like that of a cheap slut!”

“If it would be a reasonable name, I wouldn’t do it. But "Captain Little Sunshine" tempts simply to it. If you don’t die laughing about it!”

“As a child you liked the name, when my friends have shouted me so!”

“This was twenty years ago! Now you have grown up and strive for your father. A female pirate. And with such a name you will teach nobody fear on the oceans!”

Harry let free run of his despite. But he was famous for the fact that he always said what he got in mind. Always a roughneck. Already, if you saw him, his big, grey beard, the cold, brown eyes, which also expressed determination, everybody knew that this pirate wasn’t easy to handle. But Captain Little Sunshine was a young woman, who didn’t take anything from somebody.

“My mother was also a pirate!”

“She was married with one! This is a difference and still makes nobody a pirate!”

Harry was close to start screaming, but then stopped himself, so that the men below couldn’t hear him. If this would be the case, immediately, they could dig a grave on this lonesome island in the middle of nowhere, because they were outnumbered.

“But deeply at the bottom of her heart she was!”

She paused for a short moment. Five years ago, her mother had died, when the pirate’s ship of her father had been attacked by an english ship. A cannon ball hit her. A lot hadn’t been left from her that they could have carried to grave. She couldn’t get the picture of her dead mother out from her head. There were no words to describe how she missed her. How she said her nickname, which she gave to her daughter. The warm smile she made, when she saw that Allison enjoyed the meal her mother had cooked. Her father also missed her, but he would never said it out loud. But everybody from the crew knew it. If she only would had remained together with Allison on the island, where she and the men of her father were hidden, which was more a home for them. Her mother would be still alive. But wherever she was right now, probably she hoped that her daughter would rescue her father, who stood there below, in the hands of Captain Albert Willthorn, one of the most wanted pirates. The fact that they had made it to the island was to be owed to her father. He and Harry crept on Willthorns boat, as he was in the town and wanted to get the other parts of the map. But they were discovered. Only Harry could escape, while Captain Garvinger was arrested. She had asked him to let her go on the ship of Willthorn, but his pighead wasn’t to be penetrated. So it was his own fault. But Harry brought all information they needed to get to this island.

“Harry, I don’t want to discuss it with you. But you will agree to me that we have more important to deal with at the moment as to start a discussion about my nickname. My father, your captain, our captain, is in danger. Willthorn has him and will kill him for sure, if he has got, what he wants. We have to rescue him. You know this as well as I do. And damn it, that’s why we are here!”