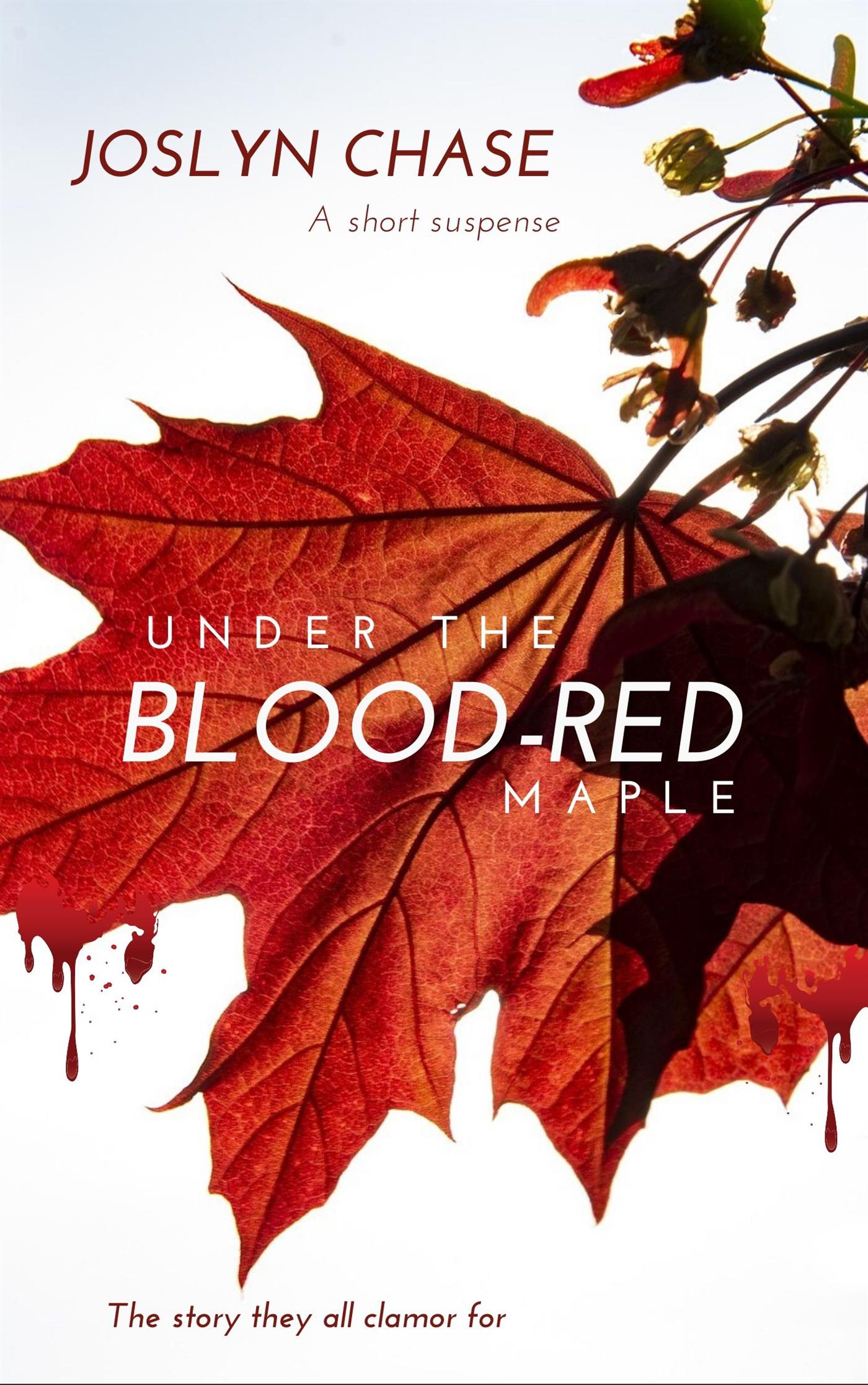 Under The Blood-Red Maple E-Book

The story they all clamor for paves the gateway to hell.
It’s not the brushstrokes, composition, or her brilliant use of light and color. It’s not the agonies underlying the paint or the dream of revealing something both momentous and simple with the sweep of the brush.
It’s just the damn story.
They all clamor for it, but every time Leigh is obliged to tell it, it wears away a little piece of her soul.
Soon she will be soulless.
Get the story and see what everyone’s clamoring about.  Click and read for free! 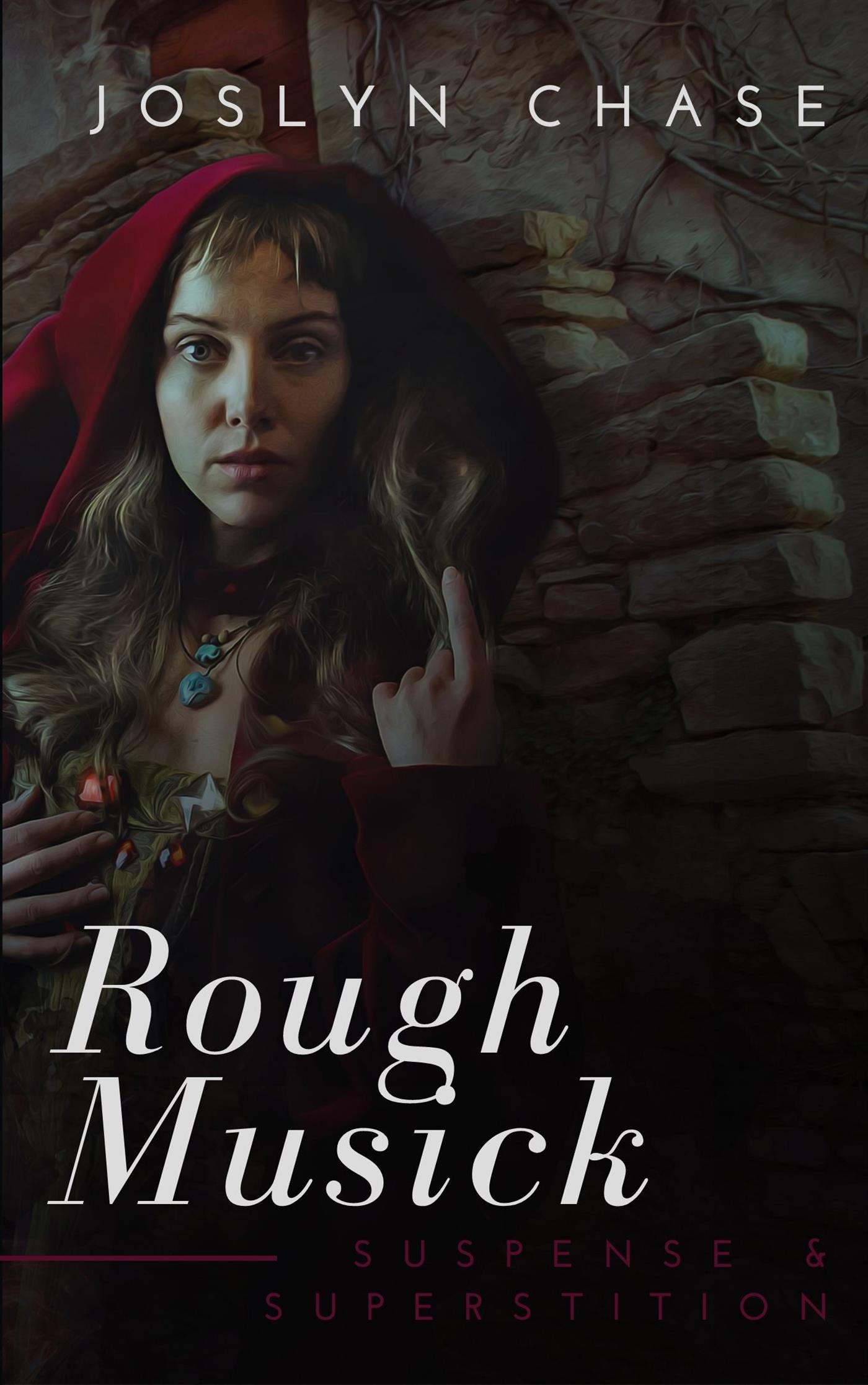 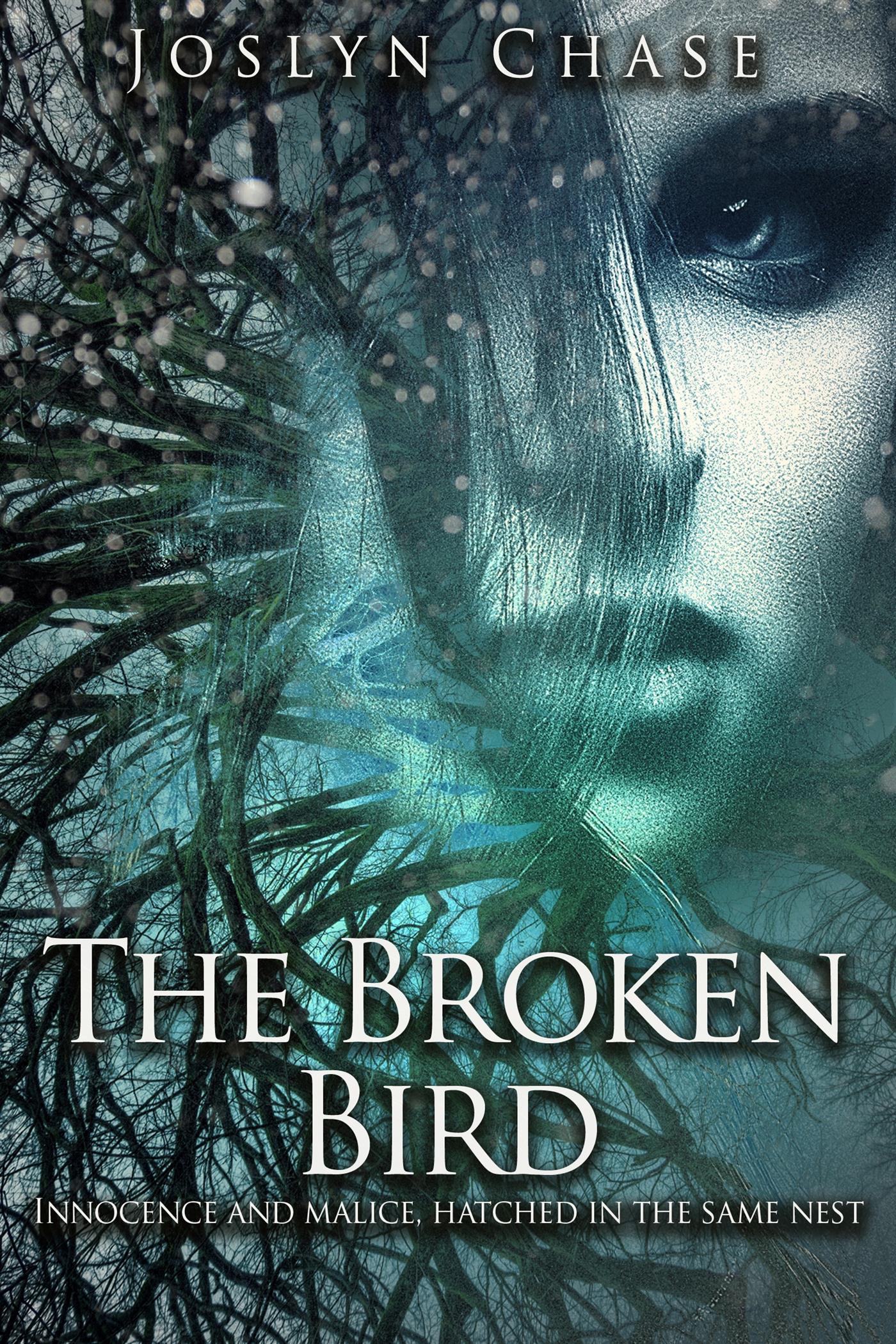 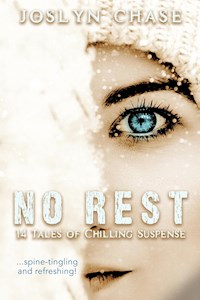 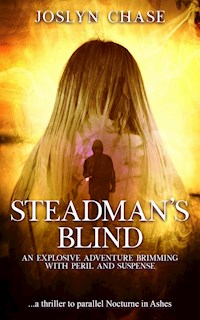 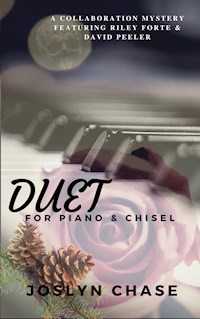 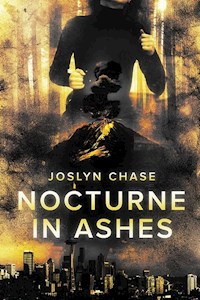 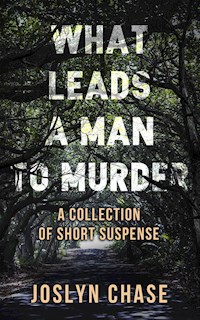 What Leads A Man To Murder
Joslyn Chase 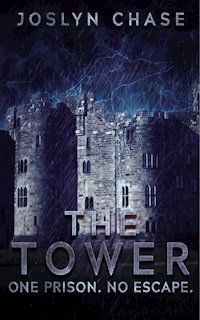 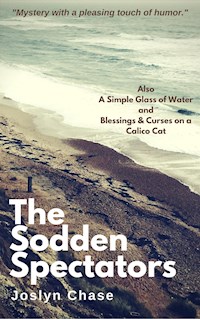 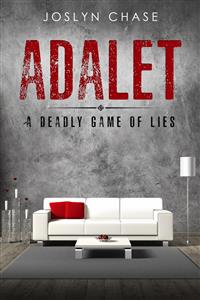 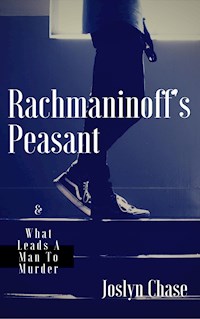 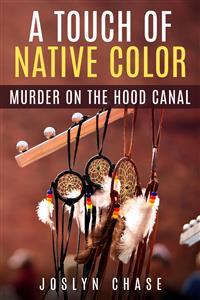 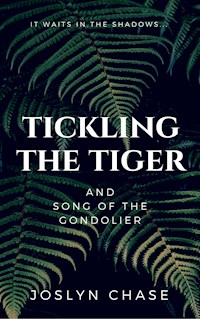 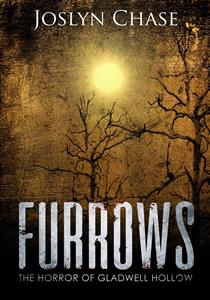 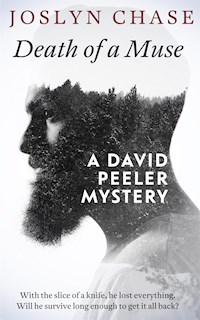 Death of a Muse
Joslyn Chase 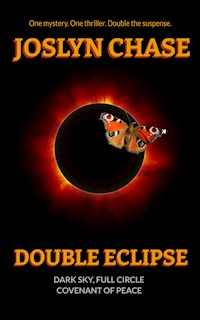 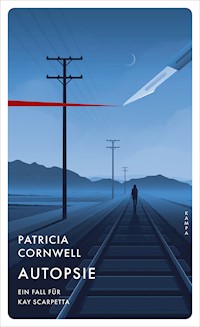 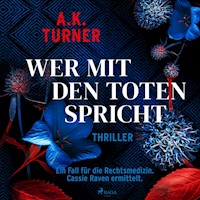 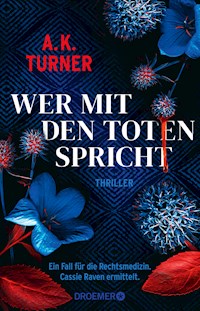 Under The Blood-Red Maple

Sample from Nocturne In Ashes

No Rest: 14 Tales of Chilling Suspense

Get the book free when you join

“Under the Blood-Red Maple” first appeared in Pulphouse Fiction Magazine, a publication dedicated to bringing readers the cutting edge in modern short fiction. My story shared space in that issue with some of today’s best contemporary authors—Kevin J. Anderson, Mike Resnick, David H. Hendrickson, Annie Reed, Robert Jeschonek, and Kristine Kathryn Rusch, to name a few. What an honor that was.

In this story of broken dreams and tortured conscience, you may feel echoes of Poe’s masterpiece, “The Tell-Tale Heart,” or Dostoyevsky’s Crime and Punishment. Nothing so magnificent as the enduring stories those masters created for readers worldwide, but tiny echoes, nonetheless.

They call it a green room, but the décor leaned toward beige and rusty orange, accented with splashes of sickly goldenrod. The bitter smell of burnt coffee permeated the air, stinging Leigh’s nose and turning her stomach, but there was no getting away from it. It coated the cushions, saturating the walls and carpeted floor, seeping into the skin of those who waited, tense with anticipation, on the edge of celebrity.

Across the worn, sand-colored Berber, a comedian paced, practicing his routine, pausing to imagine thunderous applause. Leigh envied his method, wishing her own presentation was as uncomplicated. To her right, a small woman with oversized, round eyeglasses occupied the only comfortable-looking chair in the room, though its commodious proportions were lost on her. She perched at the edge, her legs jittering, a gold-trimmed binder clutched to her chest. Leigh wondered what fascinating material it contained as she struggled to organize her own thoughts.

They would clamor for it—they always did. Journalists, talk show hosts, the greedy public ear—they wanted to hear it again and again, the story of how she and Roger met. It fed their taste for the romantic. They colored it with glamor and hung it on the rhinestone-plastered wall of their minds, a symbol of some burnished pinnacle.

They didn’t care to hear how she’d worked and studied, spending the grocery budget on paint and canvas, growing thinner by the week. The visions that bloomed in her mind like crystals feeding on light, radiant and expanding in a bridgework to the divine, and the aching desire within her to translate these revelations into tangible forms capable of communicating truth and beauty as purely as a Grecian urn—these don’t stir the audiences of today. They seek sensation of a different kind.

Leigh knows it’s the story that made her painting famous, not the brushstrokes or the composition, the way she mixed the colors or used the light. Not the agonies underlying the paint or the dream of revealing something both momentous and simple with the sweep of the brush.

The stage manager poked his head in the door, skewering her with his gaze. “You’re up.”

Leigh’s insides churned, pitching and rolling like a rowboat in a storm. She filled a cup from the water cooler and gulped it down, savoring the chill as it traced down her throat, willing herself to relax as she followed the stage manager onto the set. She stood in the wings, sweaty-palmed, listening to Chas Monroe pump the audience with her introduction.

“…her work in Europe, New York, and the Proctor Bingham Gallery in Seattle. Please welcome a splendid and talented artist, Leigh Bergstromm.”

She mustered a smile and burst onto the stage, embracing the audience with wide-flung arms. The applause lasted almost until she was in her chair, though not long enough for her to take a bow before sitting. She crossed her legs and leaned back, striving for a casual look, trying to ignore the cameras focusing in on her face.

Chas tossed out some introductory questions to put her at ease, covering how she got her start, making the audience laugh, and vaguely hinting that she was just another artist going nowhere until Roger rocketed her to stardom.

“Take a look, folks,” he said, gesturing to the big screen where an image of the painting hovered. “Under The Blood-Red Maple, Leigh’s best-known creation.”

A scattering of light applause filled the studio. “How ‘bout the story, Leigh? Will you tell us the story behind the painting?” The applause grew to a roar.

Leigh dialed her smile up a notch. “I’d be delighted, Chas.”

It had been a glorious northwestern October day, the air crisp, sunlight falling in such a way that everything it touched shone back in crystal clarity. She’d set off after lunch, heading for the wooded area near her rented house in the waterside community of Port Townsend, on a quest for solitude and a deserted landscape to paint. She skirted the edge of the forest and came across a lovely grouping of trees with the light falling just right to illuminate a giant spreading maple. She had to work fast to capture the essence of the scene before the light shifted, casting too many shadows. She was squeezing a dollop of alizarin crimson onto her palette when it disintegrated in her hand, splattering red paint across her smock and canvas.

She stared in amazement at the hole that had blossomed in the brushwork trunk of her painted maple, leaving a perfectly-placed hollow. She was too stunned, at first, to realize what had happened, but as her numb brain connected the dots, reasoning out that a bullet had done the damage, she began to smolder, and by the time Roger came ambling out of the forest with a rifle over his shoulder, she’d transformed into a screeching harpy.

The audience always thrilled with laughter at that point as Leigh reenacted the scene.

“I ran at him, my fists flailing like a madwoman. ‘You could have killed me, you pustulous moron!’”

“You actually used the word pustulous? Is that in your vocabulary?”

“I really said it. I have no idea where it came from, and it’s gone whence it came. That’s the one and only time I’ve ever used the word pustulous.”

“Remarkable. Go on. What happened then?”

“I was about to plow into him when I caught a glimpse of his face and it brought me to a standstill. Adonis couldn’t be more gorgeous. Am I right, ladies?” Leigh appealed to the audience, and they clapped and whooped. She waited for them to settle before continuing, keeping her voice soft. “He stepped out of the forest and into the column of light, looking like a saint or an angel.”

“But you didn’t feel compelled to forgive him, did you?”

“Hell no. His beautiful face pissed me off. How dare he shoot at me and look so nonchalant about it? On top of that, he ruined my painting.”

The audience laughed, and Chas leaned forward with a comic leer. “Would you say that now, with the benefit of hindsight?”

More hoots of amusement from the house, though they fell on Leigh’s ears like a harsh and jeering rain. She gritted her teeth and glued her smile in place.

“He’d actually transformed my painting from a common landscape to something extraordinary. There’s the bullet hole—see how it adds dimension to the painting? And the red splatters were perfectly spaced to tint the leaves of the maple I’d painted, with a flurry underneath the tree that adds a sense of motion to the piece. I used the damage Roger caused as a guide in finishing the painting, and was really pleased with the results.”

“Was that before or after you walloped him in the face?”

Another roar from the audience. The stiff muscles in her face ached, sending a throb of pain to the base of her neck. She waited for the merriment to die down.

“That was after, Chas. The punch came first.”

“And then the kiss, right?” He gave a little hot-cha-cha smirk and the crowd tittered some more.

“Right. You all know the rest of the story—bang, pow, kiss—we fell in love.”

Applause from the peanut gallery.

“Roger’s lucky your slug to the mug didn’t mess up his looks.”

“As he delights in pointing out—I punch like a girl.”