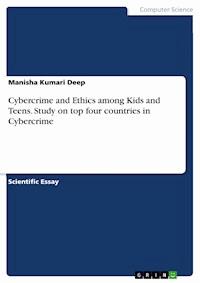 Cybercrime and Ethics among Kids and Teens. Study on top four countries in Cybercrime E-Book

Scientific Essay from the year 2018 in the subject Computer Science - IT-Security, grade: 2.5, , language: English, abstract: Cyberbullying, cyber extortion, cyber trafficking and cyber theft are some examples of rising cybercrimes across the globe. Although Titan rain, Epsilon, Estonian cyber war and Sony are few of the biggest cybercrimes in history but here I have discussed cybercrime related to kids and teens. In 1983, a nineteen-year-old UCLA student used his PC to break into a Defence Department International Communications system. In August 2010 the International Investigation Operation Delego, operating under the aegis of the Department of Homeland Security, shut down the international pedophile ring Dreamboard. The website had approximately 600 members, and may have distributed up to 123 terabytes of child pornography (roughly equivalent to 16,000 DVDs). To date this is the single largest U.S. prosecution of an international child pornography ring; 52 arrests were made worldwide. The above two are examples of rising cybercrimes against and committed by kids and teens. Here I have discussed cybercrime cases in USA, China, Brazil, and India with reference to kids and teens. The countries have been chosen as per Cybercrime 2016 statistics on twenty countries [26]. Also the impact of cybercrimes on these young minds have been disclosed. The need to educate kids and teens on cyber ethics and impact of cybercrimes has been stated. Also how to do the same has also been specified here. A five step wise model has been suggested to be followed while educating and building cyber ethics among kids and teens. 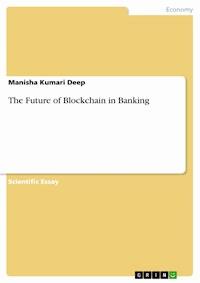 The Future of Blockchain in Banking
Manisha Kumari Deep 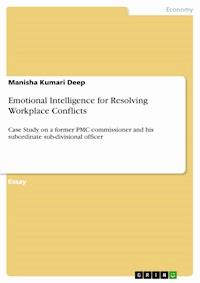 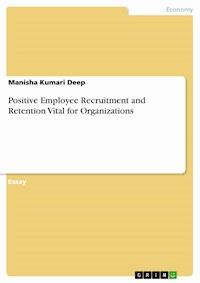 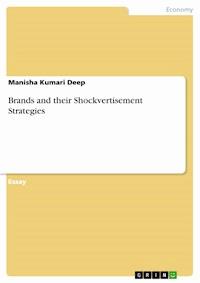 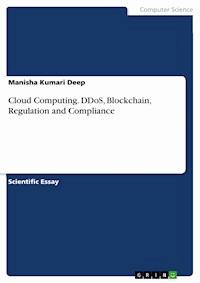 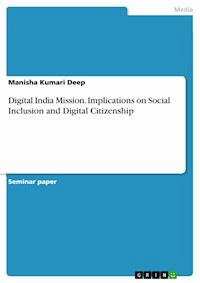 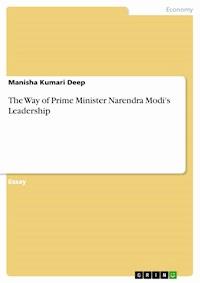 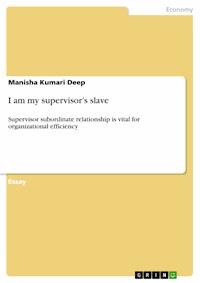 I am my supervisor’s slave
Manisha Kumari Deep 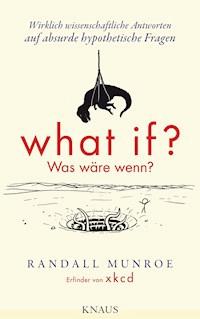