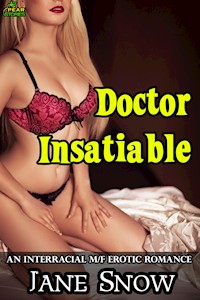 Doctor Laura Hood is not looking forward to another hectic day at the hospital when her coworker stops by.  He asks if she can take one of his patients due to a double booking made by one of the nurses.  She reluctantly agrees on the condition that he owed her one in return.

Laura is surprised When her nurse walks in with a huge ebony man with a statuesque body.  Lamar is his name and he's got a bit of pain in his lower abdomen.  She runs her hand along his powerful muscular abs, and then lower... and lower... until he has to pull down his pants.  Even as a Doctor, she's stunned at the sheer size of his manhood.

When its time for her to perform a closer examination, she get's up close and personal and things get hot and wild quick! 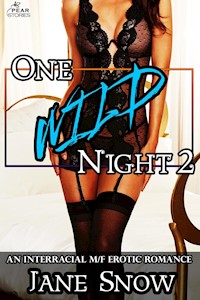 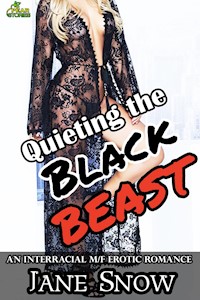 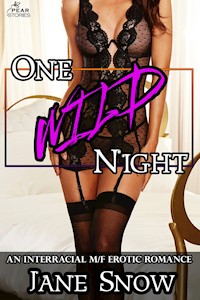 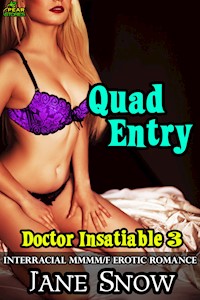 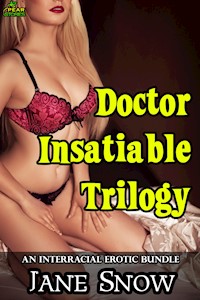 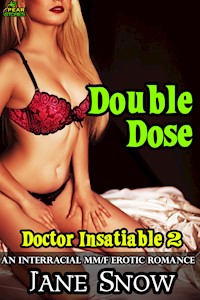 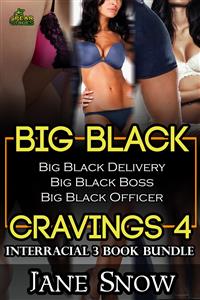 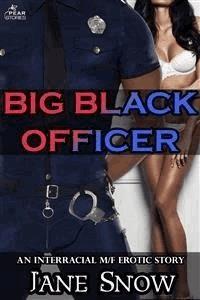 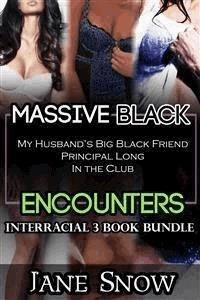 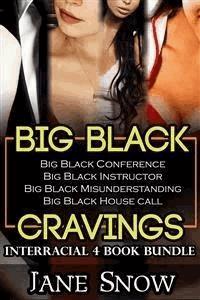 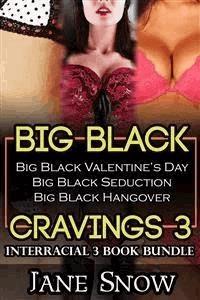 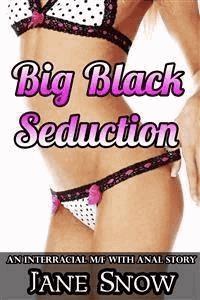 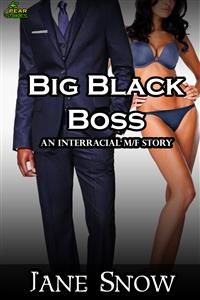 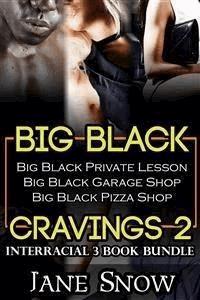 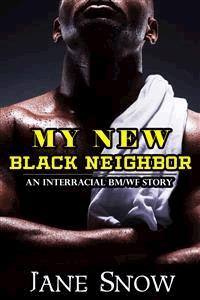 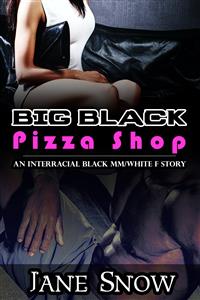 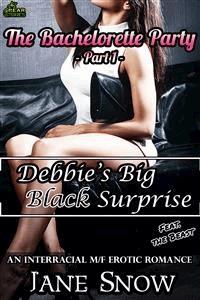 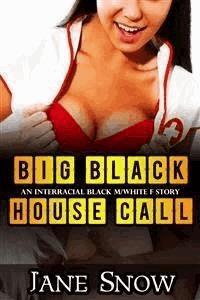 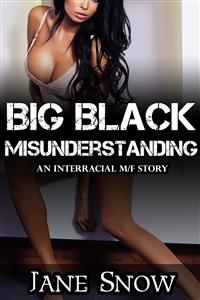 I groaned as I slowly made my way out of bed.  It was still dark outside, only my night light providing enough visibility for me to see the rest of my darkened room.  No matter how many times I did the same routine, I could never get used to it.  I stumbled around and headed straight to the restroom, pressing down on the switch and squinting my eyes as the bright light flooded the small bathroom.

“Oh man...”  I whispered as I stared at my reflection.

A long yawn escaped my lips as I turned on the water to the shower stall.  I contemplated on jumping into the stall and letting the cold water wake me up, but decided against it.  Instead, I grabbed my toothbrush and put some toothpaste on it and waited for the water to warm up.

I put my toothbrush down and pulled off my panties, and then my blouse.  As I stood nude in the bathroom, I couldn’t help but glance at myself in the mirror.  I didn’t look too bad, just a little bit of flab around my waist, but my breasts were still perky, and my ass was still bouncy, refusing to sag and give in to gravity.

Yet, here I was, standing in front of the shower in the bathroom and an empty bed in the room next door.  My boyfriend, no, ex-boyfriend, had recently split with me, saying that we should spend some time apart.  Get to know ourselves before we get to know another.  I had immediately rolled my eyes when he gave his little talk.

He was probably unsatisfied with my hectic schedule, being a doctor at a local hospital.  I had to cancel out on dates occasionally and I preferred to have a nice meal at home as opposed to going out.  And going out to clubs was definitely not on my list anymore.

But the lack of satisfaction went both ways.  There were times where I had to bend over backwards to try and keep him happy, both figuratively and literally, but he was incapable of bringing me to an orgasm.  It was always all about him in bed, and when all was said and done, which didn’t take that long, I was usually in bed, unsatisfied, my body craving more.

I shook my head and stepped into the shower, letting the warm water rush by me.  Reminding myself that it was now all said and done, I closed my eyes and ran my fingers through my hair.  In the back of my head, I counted away, knowing that I didn’t have much time to shower; my morning commute would be hell if I left even five minutes later than my usual planned time.

“Morning Doctor Hood,” a nurse greeted as I walked by.

“Good morning,” I responded with a smile.  As she walked by I tried to recall her name.  While she looked familiar, I hadn’t worked with her before.

I turned around and looked over to see Jon, a peer of mine.  “Hey.”

“Sorry to do this to you, but I need someone to cover for one of my patients today,” he said.

“Well, good morning to you too,” I responded.

“You meeting a special someone or something?”  I laughed.

“What?  No, one of the nurses triple booked me.  I have no idea how she still has a job around here,” he replied.

“Well, if she rubs the right flagpole,” I said with a small grin.

It was only thirty minutes away.  After glancing at my schedule in my phone, I nodded.  “Yeah, I guess I can.  You owe me though.”

“Thanks!  I’ll get Ron to go ahead and send you a reminder,” he said as he walked off.

I nodded again and headed over to my office.  I hadn’t planned on having an appointment so early in the morning but it was to help a friend.  Like clockwork, Ron’s email came in, buzzing my phone to life.

After preparing for a bit, I grabbed a file off my computer and glanced through it.  It was Jon’s paperwork for his patient.  “Seems like a routine checkup,” I said to myself as I closed the file and headed out.

The patient was a male by the name of Lamar.  He was coming in for his annual checkup though there was some notation about how he had to do it as a mandatory requirement.  I wondered if it was for his work.

I headed into one of the open offices and logged into the computer.  After it booted up, I gave Ron a message, letting him know what room I was in.  He responded with a thumbs up emoticon.

After a couple of minutes there was a knock on the door and one of the registered nurses poked her head in.  She smiled, gave a small wave and walked in.  “Doctor Hood?”

I gave her a nod and turned back toward the computer, looking through some notes.  The registered nurse left and within a few more minutes, the door opened again and I heard a couple of footsteps behind me.  I grabbed a nearby pen, turned and gasped.

The nurse was about my height, a little over five feet and was slightly skinnier than me.  Standing next to her was the patient.  He was a beast of a man, standing well over six feet tall, muscles bulging through his white cotton shirt, and his baggy camouflage shorts.  Both the nurse and I probably looked like toys to a man his size.

“He’s uh...  I... um...”  My words continued to dance around as I tried to form a sentence while staring at him.  “I’m Doctor Hood and I’ll, I mean, I’m temporarily taking his place for your appointment today,” I finally spit out as I extended my hand and shook his.

His massive black hand enveloped my much smaller white one.  He had a firm grip, squeezing my hand gently.  I could tell he was holding back, knowing that his hand could easily compress around mine.

“Oh wow, that’s unfortunate,” he started.  He paused and looked down at me.  “Not meaning it as an insult.  I recently had a pain and was hoping it would be a private conversation,” he continued.

“Don’t you worry about that, all doctors share the same confidentiality with patients,” I replied as I glanced over at the nurse.

She gave a knowing nod and stepped back out of the room and into the hall, closing the door behind her.  I tapped on the nearby examiner seat as I made my way back to the computer.  He nodded and grunted as he sat on the seat.  There was a loud creaking noise as his full weight pressed down on the poor chair.

“So, anything I say stays in here?”  He inquired.

“Of course Lamar.  And we’re in one of the offices further back so the chances of someone even hearing your voice are slim to none,” I answered confidently.

Lamar nodded as he lay back on the examination chair.  He glanced over at me nervously.  “So...”  He started.