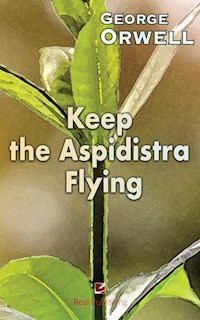 Keep the Aspidistra Flying, first published in 1936, is a socially critical novel by George Orwell. It is set in 1930s London. The main theme is Gordon Comstock's romantic ambition to defy worship of the money-god and status, and the dismal life that results. Two aspidistra plants  "The types he saw all round him, especially the older men, made him squirm. That was what it meant to worship the money-god! To settle down, to Make Good, to sell your soul for a villa and an aspidistra! To turn into the typical bowler-hatted sneak, Strube's 'little man' What a fate!" (Ch III) Orwell wrote the book in 1934 and 1935, when he was living at various locations near Hampstead in London, and drew on his experiences in these and the preceding few years. At the beginning of 1928 he lived in lodgings in Portobello Road from where he started his tramping expeditions, sleeping rough and roaming the poorer parts of London.At this time he wrote a fragment of a play in which the protagonist Stone needs money for a life-saving operation for his child. Stone would prefer to prostitute his wife rather than prostitute his artistic integrity by writing advertising copy. 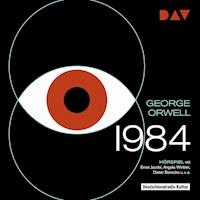 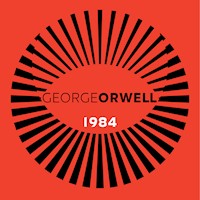 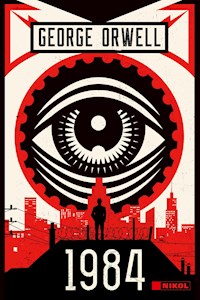 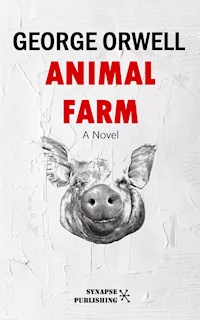 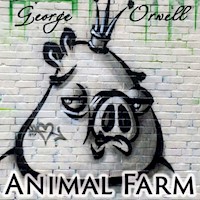 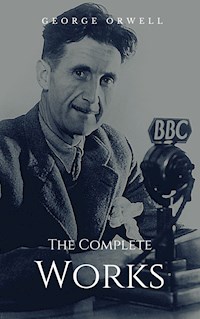 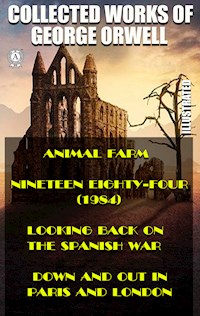 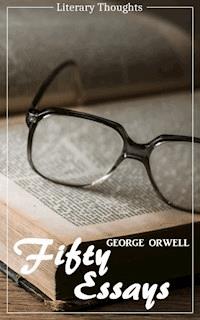 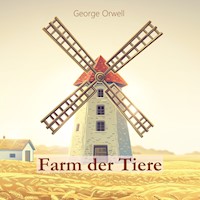 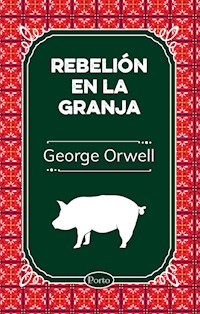 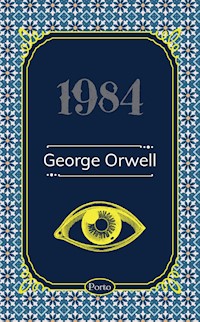 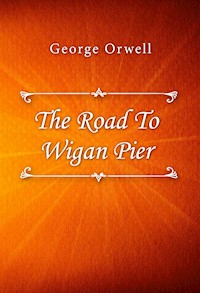 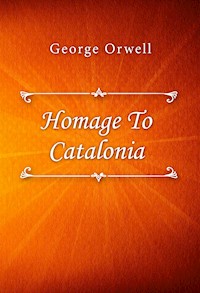 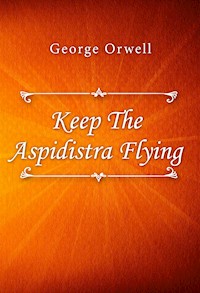 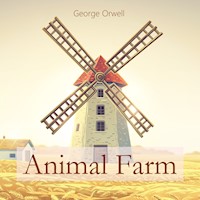 Down and Out in Paris and London
George Orwell

Coming Up for Air
George Orwell 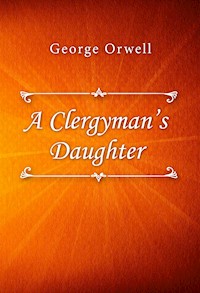 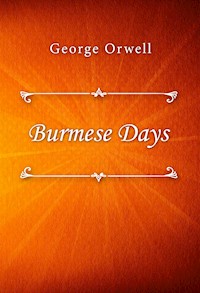 Gordon walked homeward against the rattling wind, which blew his hair backward and gave him more of a ‘good’ forehead than ever. His manner conveyed to the passers-by, at least, he hoped it did, that if he wore no overcoat it was from pure caprice. His overcoat was up the spout for fifteen shillings, as a matter of fact.

Willowbed Road, NW, was not definitely slummy, only dingy and depressing. There were real slums hardly five minutes’ walk away. Tenement houses where families slept five in a bed, and, when one of them died, slept every night with the corpse until it was buried; alley-ways where girls of fifteen were deflowered by boys of sixteen against leprous plaster walls. But Willowbed Road itself contrived to keep up a kind of mingy, lower-middle-class decency. There was even a dentist’s brass plate on one of the houses. In quite two-thirds of them, amid the lace curtains of the parlour window, there was a green card with ‘Apartments’ on it in silver lettering, above the peeping foliage of an aspidistra.

Mrs Wisbeach, Gordon’s landlady, specialized in ‘single gentlemen’. Bed-sitting-rooms, with gaslight laid on and find your own heating, baths extra (there was a geyser), and meals in the tomb, dark dining-room with the phalanx of clotted sauce-bottles in the middle of the table. Gordon, who came home for his midday dinner, paid twenty-seven and six a week.

The gaslight shone yellow through the frosted transom above the door of Number 31. Gordon took out his key and fished about in the keyhole, in that kind of house the key never quite fits the lock. The darkish little hallway, in reality it was only a passage, smelt of dishwater, cabbage, rag mats, and bedroom slops. Gordon glanced at the japanned tray on the hall-stand. No letters, of course. He had told himself not to hope for a letter, and nevertheless had continued to hope. A stale feeling, not quite a pain, settled upon his breast. Rosemary might have written! It was four days now since she had written. Moreover, there were a couple of poems that he had sent out to magazines and had not yet had returned to him. The one thing that made the evening bearable was to find a letter waiting for him when he got home. But he received very few letters, four or five in a week at the very most.

On the left of the hall was the never-used parlour, then came the staircase, and beyond that the passage ran down to the kitchen and to the unapproachable lair inhabited by Mrs Wisbeach herself. As Gordon came in, the door at the end of the passage opened a foot or so. Mrs Wisbeach’s face emerged, inspected him briefly but suspiciously, and disappeared again. It was quite impossible to get in or out of the house, at any time before eleven at night, without being scrutinized in this manner. Just what Mrs Wisbeach suspected you of it was hard to say; smuggling women into the house, possibly. She was one of those malignant respectable women who keep lodging-houses. Age about forty-five, stout but active, with a pink, fine-featured, horribly observant face, beautifully grey hair, and a permanent grievance.

Gordon halted at the foot of the narrow stairs. Above, a coarse rich voice was singing, ‘Who’s afraid of the Big Bad Wolf?’ A very fat man of thirty-eight or nine came round the angle of the stairs, with the light dancing step peculiar to fat men, dressed in a smart grey suit, yellow shoes, a rakish trilby hat, and a belted blue overcoat of startling vulgarity. This was Flaxman, the first-floor lodger and travelling representative of the Queen of Sheba Toilet Requisites Co. He saluted Gordon with a lemon-coloured glove as he came down.

‘Hullo, chappie!’ he said blithely. (Flaxman called everyone ‘chappie’.) ‘How’s life with you?’

Flaxman had reached the bottom of the stairs. He threw a roly-poly arm affectionately round Gordon’s shoulders.

‘Cheer up, old man, cheer up! You look like a bloody funeral. I’m off down to the Crichton. Come on down and have a quick one.’

‘Oh, hell! Be matey, can’t you? What’s the good of mooning about up here? Come on down to the Cri and we’ll pinch the barmaid’s bum.’

Gordon wriggled free of Flaxman’ s arm. Like all small frail people, he hated being touched. Flaxman merely grinned, with the typical fat man’s good humour. He was really horribly fat. He filled his trousers as though he had been melted and then poured into them. But of course, like other fat people, he never admitted to being fat. No fat person ever uses the word ‘fat’ if there is any way of avoiding it. ‘Stout’ is the word they use, or, better still, ‘robust’. A fat man is never so happy as when he is describing himself as ‘robust’. Flaxman, at his first meeting with Gordon, had been on the point of calling himself ‘robust’, but something in Gordon’s greenish eye had deterred him. He compromised on ‘stout’ instead.