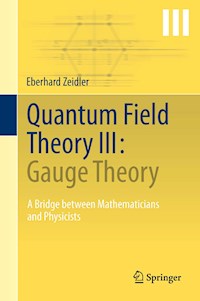 In this third volume of his modern introduction to quantum field theory, Eberhard Zeidler examines the mathematical and physical aspects of gauge theory as a principle tool for describing the four fundamental forces which act in the universe: gravitative, electromagnetic, weak interaction and strong interaction.

Volume III concentrates on the classical aspects of gauge theory, describing the four fundamental forces by the curvature of appropriate fiber bundles. This must be supplemented by the crucial, but elusive quantization procedure.

The book is arranged in four sections, devoted to realizing the universal principle force equals curvature:

Part I: The Euclidean Manifold as a Paradigm

For students of mathematics the book is designed to demonstrate that detailed knowledge of the physical background helps to reveal interesting interrelationships among diverse mathematical topics. Physics students will be exposed to a fairly advanced mathematics, beyond the level covered in the typical physics curriculum.

Quantum Field Theory builds a bridge between mathematicians and physicists, based on challenging questions about the fundamental forces in the universe (macrocosmos), and in the world of elementary particles (microcosmos). 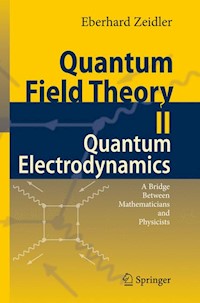 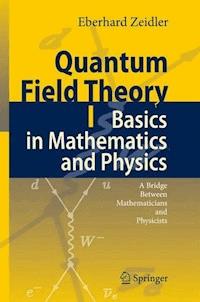