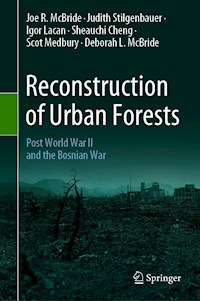 This book will address the destruction of urban forest in nine cities by bombing during World War II and the Bosnian War  and their reconstruction in the post-war years.  After reviewing the general objectives and results of aerial bombing, the book explores the effects of bombing and the reconstruction of urban forest in London, Coventry, Hamburg, Dresden, St. Petersburg, Stalingrad, Tokyo, Hiroshima, and Sarajevo.  Sarajevo stands out among these cities because the destruction of its urban forest was the result of citizens cutting down trees for firewood during the siege of the city. Most of the cities studied developed plans for reconstruction either during or after the war.  These plans often addressed the planning and re-establishment of the urban forest that had been destroyed.  Urban planners often planned for infrastructure improvements such as new boulevards and parks where trees would be planted.  After the war many of these plans were abandoned or significantly modified.  Cost, resistance by property owners, control of reconstruction by authorities outside of the cities, and the lack of planting stock were factors contributing to the failure of many of the plans.  Exceptions occurred in Hiroshima and Coventry where the destroyed cities became symbols of national reconstruction and every effort was made to redesign the destroyed portions of these cities as memorials to those who lost their lives and to demonstrate the rebirth of the cities.  In several of the cities studied individual citizens undertook on their own the replanting of street and park trees.  Their ingenuity, hard work, and dedication to trees in their cities was remarkable.  A common factor limiting efforts to replant street and park trees was the lack of nursery stock.  During and immediately after the wars nearly all nurseries that had supplied trees for city planting had been converted to vegetable gardens to produce food for the urban populations.  The slow return to the production of trees for urban planting was a common factor in the time required in many cities to restore their street and park trees.  There are lessons to be learned by urban planner, urban forester, and landscape architects from this book that will be useful in the future destruction of urban forest either by natural or man-made causes. 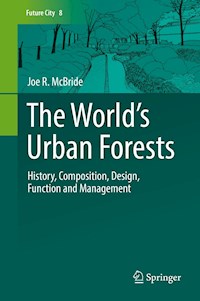