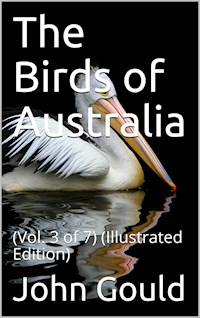 The Birds of Australia was a book written by John Gould and published in seven volumes between 1840 and 1848. It was the first comprehensive survey of the birds of Australia and included descriptions of 681 species, 328 of which were new to science and were first described by Gould.

Gould and his wife Elizabeth née Coxen travelled to Australia from England in 1838 to prepare the book. They spent a little under two years collecting specimens for the book. John travelled widely and made extensive collections of Australian birds and other fauna. Elizabeth, who had illustrated several of his earlier works, made hundreds of drawings from specimens for publication in The Birds of Australia

The plates of the book were produced by lithography, Elizabeth produced 84 plates before she died in 1841, Edward Lear produced one, Waterhouse Hawkins contributed one and the remaining 595 plates were produced by H. C. Richter from Elizabeth's drawings and were published under his name.

250 sets of the seven-volume work were printed. Complete sets of original volumes recently sold at auction for more than A$350,000.

The work was preceded by Gould's A Synopsis of the Birds of Australia, intended as a promotion for the sale of subscriptions to the larger work. The coloured plates included montages of birds heads, crops of illustrations by Elizabeth Gould or artwork that Gould purchased from Edward Lear. Lear sold illustrations he had not included in his celebrated works to Gould, such as Illustrations of the Family of Psittacidae, or Parrots, and Gould in turn printed the images in reverse and amongst the works of other artists; the lack of attribution to Lear and others is thought to have been Gould's assumption of authorship by his purchase of their works. 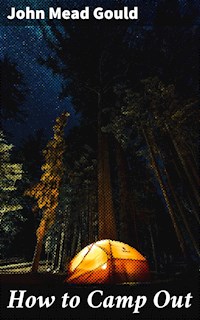 How to Camp Out
John Mead Gould 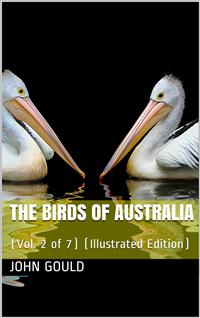 The Birds of Australia, Vol. 2 of 7
John Mead Gould