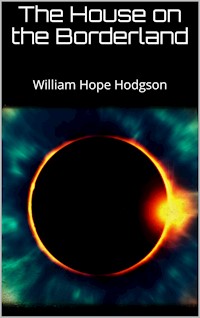 The House on the Borderland E-Book

Right away in the west of Ireland lies a tiny hamlet called Kraighten. It is situated, alone, at the base of a low hill. Far around there spreads a waste of bleak and totally inhospitable country; where, here and there at great intervals, one may come upon the ruins of some long desolate cottage-unthatched and stark. The whole land is bare and unpeopled, the very earth scarcely covering the rock that lies beneath it, and with which the country abounds, in places rising out of the soil in wave-shaped ridges. Yet, in spite of its desolation, my friend Tonnison and I had elected to spend our vacation there. He had stumbled on the place by mere chance the year previously, during the course of a long walking tour, and discovered the possibilities for the angler in a small and unnamed river that runs past the outskirts of the little village. I have said that the river is without name; I may add that no map that I have hitherto consulted has shown either village or stream. They seem to have entirely escaped observation: indeed, they might never exist for all that the average guide tells one. Possibly this can be partly accounted for by the fact that the nearest railway station (Ardrahan) is some forty miles distant. 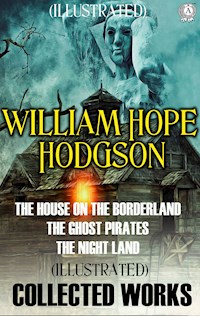 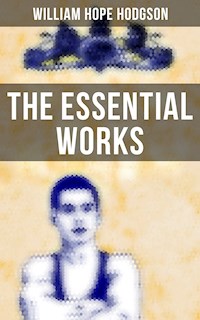 The Boats of the Glen Carrig (Unabridged)
William Hope Hodgson 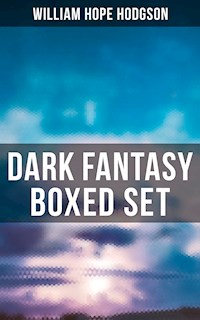 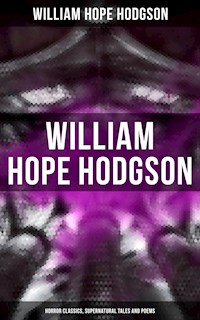 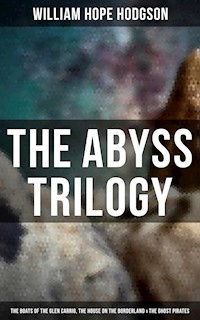 The Abyss Trilogy: The Boats of the Glen Carrig, The House on the Borderland & The Ghost Pirates
William Hope Hodgson 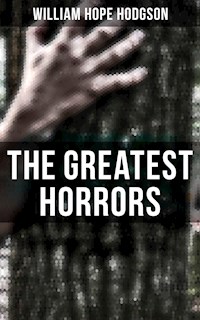 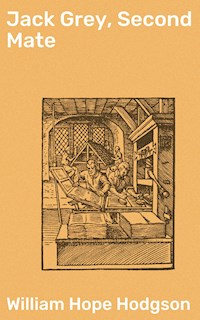 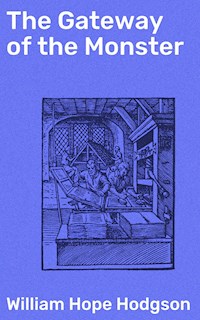 The Gateway of the Monster
William Hope Hodgson 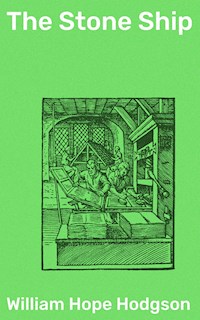 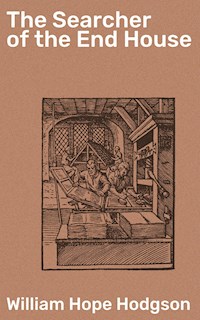 The Searcher of the End House
William Hope Hodgson 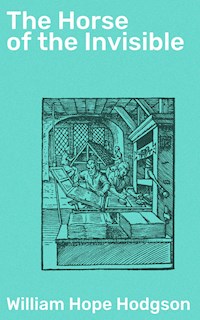 The Horse of the Invisible
William Hope Hodgson 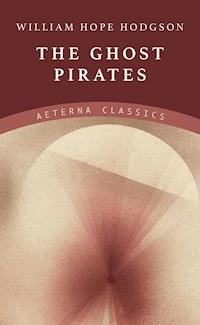 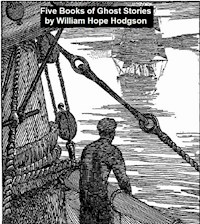 The Boats of the "Glen Carrig" : Being an account of their Adventures in the Strange places of the Earth, after the foundering of the good ship Glen Carrig through striking upon a hidden rock in the u
William Hope Hodgson 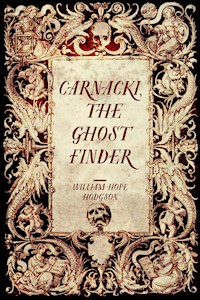 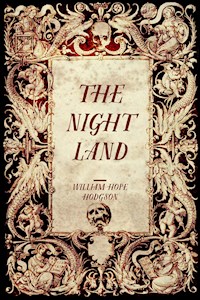 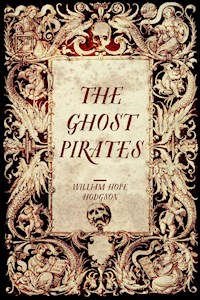 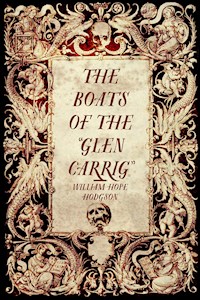 The Boats of the “Glen Carrig”
William Hope Hodgson

The House on the Borderland

The House on the Borderland

AUTHOR'S INTRODUCTION TO THE MANUSCRIPT

Many are the hours in which I have pondered upon the story that is set forth in the following pages. I trust that my instincts are not awry when they prompt me to leave the account, in simplicity, as it was handed to me.And the MS. itself—You must picture me, when first it was given into my care, turning it over, curiously, and making a swift, jerky examination. A small book it is; but thick, and all, save the last few pages, filled with a quaint but legible handwriting, and writ very close. I have the queer, faint, pit-water smell of it in my nostrils now as I write, and my fingers have subconscious memories of the soft, "cloggy" feel of the long-damp pages.I read, and, in reading, lifted the Curtains of the Impossible that blind the mind, and looked out into the unknown. Amid stiff, abrupt sentences I wandered; and, presently, I had no fault to charge against their abrupt tellings; for, better far than my own ambitious phrasing, is this mutilated story capable of bringing home all that the old Recluse, of the vanished house, had striven to tell.Of the simple, stiffly given account of weird and extraordinary matters, I will say little. It lies before you. The inner story must be uncovered, personally, by each reader, according to ability and desire. And even should any fail to see, as now I see, the shadowed picture and conception of that to which one may well give the accepted titles of Heaven and Hell; yet can I promise certain thrills, merely taking the story as a story.WILLIAM HOPE HODGSON December 17, 1907

THE PLAIN OF SILENCEI am an old man. I live here in this ancient house, surrounded by huge, unkempt gardens.The peasantry, who inhabit the wilderness beyond, say that I am mad. That is because I will have nothing to do with them. I live here alone with my old sister, who is also my housekeeper. We keep no servants—I hate them. I have one friend, a dog; yes, I would sooner have old Pepper than the rest of Creation together. He, at least, understands me—and has sense enough to leave me alone when I am in my dark moods.I have decided to start a kind of diary; it may enable me to record some of the thoughts and feelings that I cannot express to anyone; but, beyond this, I am anxious to make some record of the strange things that I have heard and seen, during many years of loneliness, in this weird old building.For a couple of centuries, this house has had a reputation, a bad one, and, until I bought it, for more than eighty years no one had lived here; consequently, I got the old place at a ridiculously low figure.I am not superstitious; but I have ceased to deny that things happen in this old house—things that I cannot explain; and, therefore, I must needs ease my mind, by writing down an account of them, to the best of my ability; though, should this, my diary, ever be read when I am gone, the readers will but shake their heads, and be the more convinced that I was mad.This house, how ancient it is! though its age strikes one less, perhaps, than the quaintness of its structure, which is curious and fantastic to the last degree. Little curved towers and pinnacles, with outlines suggestive of leaping flames, predominate; while the body of the building is in the form of a circle.I have heard that there is an old story, told amongst the country people, to the effect that the devil built the place. However, that is as may be. True or not, I neither know nor care, save as it may have helped to cheapen it, ere I came.I must have been here some ten years before I saw sufficient to warrant any belief in the stories, current in the neighborhood, about this house. It is true that I had, on at least a dozen occasions, seen, vaguely, things that puzzled me, and, perhaps, had felt more than I had seen. Then, as the years passed, bringing age upon me, I became often aware of something unseen, yet unmistakably present, in the empty rooms and corridors. Still, it was as I have said many years before I saw any real manifestations of the so-called supernatural.It was not Halloween. If I were telling a story for amusement's sake, I should probably place it on that night of nights; but this is a true record of my own experiences, and I would not put pen to paper to amuse anyone. No. It was after midnight on the morning of the twenty-first day of January. I was sitting reading, as is often my custom, in my study. Pepper lay, sleeping, near my chair.Without warning, the flames of the two candles went low, and then shone with a ghastly green effulgence. I looked up, quickly, and as I did so I saw the lights sink into a dull, ruddy tint; so that the room glowed with a strange, heavy, crimson twilight that gave the shadows behind the chairs and tables a double depth of blackness; and wherever the light struck, it was as though luminous blood had been splashed over the room.Down on the floor, I heard a faint, frightened whimper, and something pressed itself in between my two feet. It was Pepper, cowering under my dressing gown. Pepper, usually as brave as a lion!It was this movement of the dog's, I think, that gave me the first twinge ofrealfear. I had been considerably startled when the lights burnt first green and then red; but had been momentarily under the impression that the change was due to some influx of noxious gas into the room. Now, however, I saw that it was not so; for the candles burned with a steady flame, and showed no signs of going out, as would have been the case had the change been due to fumes in the atmosphere.I did not move. I felt distinctly frightened; but could think of nothing better to do than wait. For perhaps a minute, I kept my glance about the room, nervously. Then I noticed that the lights had commenced to sink, very slowly; until presently they showed minute specks of red fire, like the gleamings of rubies in the darkness. Still, I sat watching; while a sort of dreamy indifference seemed to steal over me; banishing altogether the fear that had begun to grip me.